Chile: Comparison of Pfizer AZ and SINOVAC COVID-19 vaccines.  Chile is a testing ground for vaccines against the new coronavirus. SINOVAC(Kexing), Pfizer, and AstraZeneca vaccines are all approved here, of which SINOVAC accounts for more than 80%, and 82.19% of the Chilean target population has been fully vaccinated.

The effectiveness of the three vaccines against mutant strains has decreased? Real data from Chile reveals a good news, which is still valid for mutant strains.

This real-world study in Chile is currently one of the largest studies in the world, with more than 15.48 million people participating in the study. This is the largest real-world research result of China’s COVID-19 vaccine.

Among the above four indicators, the effective rates of SINOVAC vaccine are: 58.49% for preventing symptomatic infection, 86.02% for preventing hospitalization, 89.68% for preventing ICU, and 86.38% for preventing death. Compared with the previously collected data published in the New England Journal of Medicine from February to May, two months later, the above-mentioned effectiveness has been reduced to varying degrees. 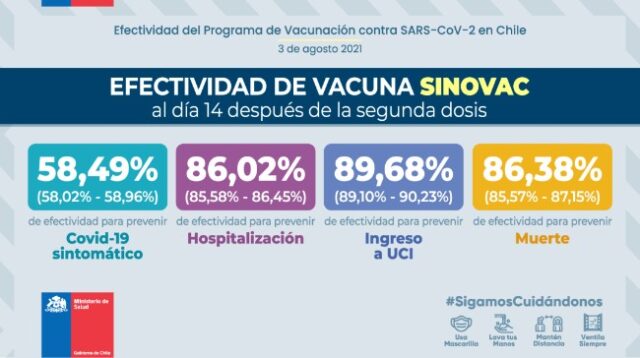 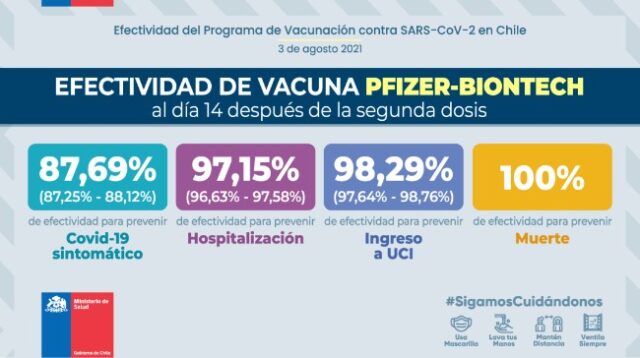 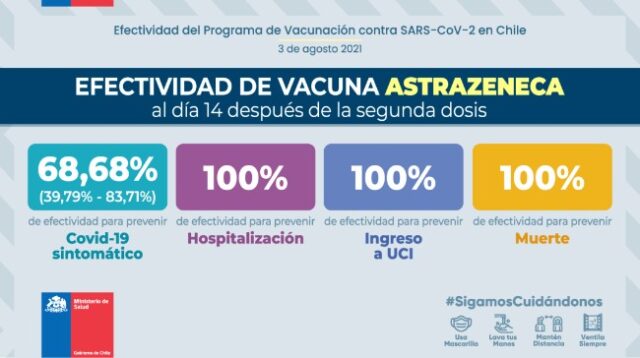 In contrast to the three sets of data, the Oxford-AstraZeneca data is very high. Researchers believe that this is related to the late start of vaccination of the vaccine in Chile, which leads to shorter follow-up time and possible cases after vaccination. The number, including the number of infections or severe illnesses, is also relatively small. A paper published after the Chilean survey stated that the overall effective rate of Oxford vaccine is 68.68%, but the 95% confidence interval is very wide, between 39.79% and 83.71%, which means that further follow-up is needed.

In fact, it is not scientific to compare the effectiveness of different vaccines horizontally from the above four sets of numbers, because this is a real-world survey, and there are differences in the time of vaccination and the status of the population. In addition, there is no age data of infected persons, and it is not known whether the populations vaccinated with various vaccines are comparable in age. For the prevention and control of epidemics, it is more meaningful to compare longitudinally, that is, whether the effective rate of the same vaccine will decrease after different times of vaccination.

This shows that although the world is facing the impact of mutated strains of the new coronavirus, existing vaccines can still act as an effective immune barrier, and at least can prevent the infected person from forming a run-on impact on medical resources and causing a country’s current medical system to collapse. In fact, the changes in Chile’s situation since the outbreak of the COVID-19 epidemic have also proved another important fact: increasing the vaccination rate is the most powerful means to fight COVID-19.