In 1967, a serious hemorrhagic fever infectious disease broke out in several medical laboratories including Marburg, Germany, resulting in 7 deaths. It was later confirmed that the infectious disease was caused by a virus carried by the laboratory imported from Uganda, Africa, in monkeys used for experiments, and the virus was also called Marburg virus.

Marburg virus and Ebola virus are both filoviruses, and the symptoms after infection are similar. First, there will be high fever and muscle soreness, then multiple organs in the body deform and necrosis, and then internal bleeding, bleeding from the seven orifices, and eventually death. In the previous Marburg epidemic, the mortality rate was as high as 88%.

Recently, the World Health Organization (WHO) announced a Marburg death in Guinea, a West African country. At least four direct contacts have been found in the death case. This is also the first death of Marburg virus in West Africa, after Marburg virus broke out in Angola, Congo, Kenya, South Africa, Uganda and other places in Africa.

Dr. Matshidiso Moeti, WHO Regional Director for Africa, said that Marburg virus is highly spread and has a high fatality rate, and there are no effective drugs and vaccines so far. Therefore, it is necessary to stop the spread of Marburg virus as soon as possible.

There have been 12 known outbreaks of Marburg before, the largest of which occurred in Angola, Africa in 2005. Out of 252 known infections, 227 cases died, and the mortality rate was as high as 90%. This is the highest death rate among all major filovirus outbreaks. The death rate of the largest Ebola epidemic in 2013-2016 was only 41%.

Both Marburg virus and Ebola virus originated in Africa and spread to humans through animals, but the ultimate source of Marburg virus has not been known before.

In January 2020, Nature Communications published a research paper titled: Isolation of Angola-like Marburg virus from Egyptian rousette bats from West Africa, which pointed out that Egyptian fruit bats are the natural host of Marburg virus. 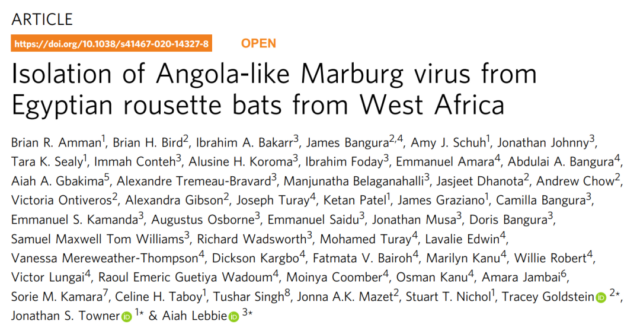 Scientists have found more than 4100 viruses in nearly 200 species of bats, including more than 500 coronaviruses. Bats are one of the largest virus reservoirs in nature. Due to their own physiological characteristics and special immune system, bats show strong tolerance to most viruses, so they are the natural hosts of many viruses.

Fruit bats feed on fruits and are the largest bats. Some species have wings as long as 2 meters. They are mainly distributed in tropical and subtropical regions, as well as in southern some countries. Due to their large size, Africans who lack food often eat fruit bats, and some keep fruit bats as pets. 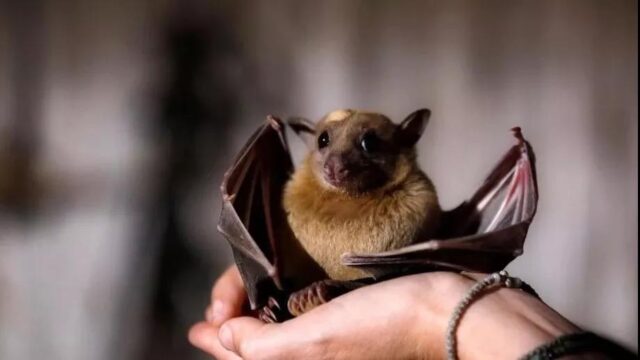 In non-human primate infection experiments, the Marburg virus Angola virus strain appears to be more virulent than all other Marburg virus strains. It is worth noting that the Angola epidemic is currently the only Marburg haemorrhagic fever outbreak outside of East Africa. All previous Marburg haemorrhagic fever outbreaks occurred in Uganda, Kenya, or the Democratic Republic of Congo. 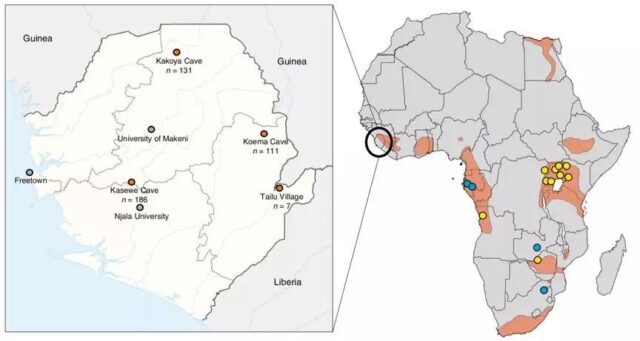