Gene Therapy Reappears Crisis and Cancer Risks Surfaces.  In recent years, major breakthroughs have been made in the field of gene therapy. Gene therapy is used to treat some genetic diseases that are difficult to treat. Its potential is very attractive, but the safety of gene therapy has always been questionable.

On August 9, 2021, bluebird bio, the company bluebird bio, announced that a gene therapy clinical trial for a rare neurological disease was suspended because a participant in the study developed a bone marrow disease that can lead to leukemia. The company said the cancer may be caused by a virus that introduces therapeutic genes into the patient’s stem cells.

The researchers said that this problem may not appear in other gene therapies that rely on the same type of virus (lentivirus), because the version used to suspend the trial has a unique feature.

This phase 3 clinical trial is aimed at the disease of adrenal leukodystrophy, which is caused by mutations in the ALDP enzyme gene. Bone marrow transplantation was performed at an early age to replace hematopoietic stem cells that produce ALDP cells in the brain. Prevent nerve damage. But finding a matching cell donor may be difficult, and transplantation may lead to graft-versus-host disease, which is a potentially fatal disease in which donor cells attack the patient’s cells.

For gene therapy, the researchers collected the patient’s own bone marrow stem cells and put them in a petri dish along with a healthy version of the lentivirus carrying the ALDP gene. Then, the researchers injected these modified cells into the body.

However, according to Bluebird’s quarterly financial report, a participant in the ongoing trial developed a disease called myelodysplastic syndrome (MDS), which is a blood cell disease, after about 1 year of treatment. , Is a precursor of leukemia. In addition, two of the patients receiving the gene therapy have abnormal bone marrow cells and may develop MDS. The chief scientific officer of Bluebird Bio said that out of extreme caution, the trial was suspended. 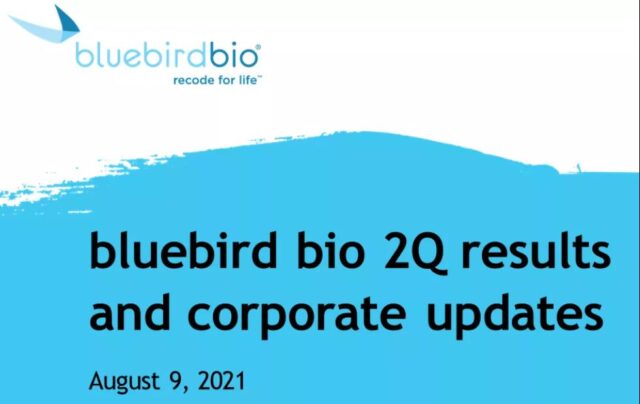 In the early 2000s, researchers knew that viruses that insert genetic material into the human genome might activate nearby cancer genes. When a patient developed leukemia after receiving treatment for hereditary immune diseases, the FDA stopped dozens of gene therapy trials involving different types of viruses. Because of these side effects, scientists turned to lentivirus.

In this phase 3 clinical trial, in the patient’s blood cells, the researchers found that the lentiviral DNA was inserted into a site in the genome associated with MDS. Some previous gene therapy trials used mouse-derived retroviruses. . This finding suggests that viral DNA may promote the abnormal proliferation of blood stem cells.

The chief scientific officer of Bluebird Bio believes that the culprit is a design feature of the vector in this experiment. A gene sequence packaged in the virus, called a promoter, helps to start the therapeutic gene. The promoter used in this study has a particularly wide range of activities, driving the expression of nearby genes in all inserted blood cell types (including stem cells), while other promoters, including those used by bluebirds for the treatment of blood diseases, only activate A nearby base in certain types of mature blood cells.

Donald Kohn, a pediatric bone marrow transplant physician and gene therapy researcher at the University of California, said that using such a strong promoter helps ensure that brain cells can produce high enough ALDP levels to treat the disease, but may turn on nearby cancer genes.

Currently, Bluebird Bio is still planning to complete the data submitted to the FDA this year. The chief scientific officer of Bluebird Bio added that considering the disease impact of cerebral adrenoleukodystrophy and the risks involved in bone marrow transplantation, we believe that gene therapy is still beneficial.

In addition, the researchers emphasized that the safety issues disclosed in the study will not affect the benefits of lentivirus-based gene therapies that have been approved or are being studied. Even though gene therapy has helped many patients, we can never ignore serious adverse events. The findings of Phase 3 clinical trials may help scientists design safer and better viral vectors for the future.