NEJM: One shot in two months to achieve long-term prevention of AIDS

The efficacy of oral pre-exposure prophylaxis (PrEP) drugs is directly related to compliance with prescribed doses. PrEP drugs that do not require regular or planned oral administration may increase acceptability and protection during the risk period, thereby reducing the risk of HIV infection.

Therefore, there is a need for safe and effective long-acting drugs for pre-exposure prevention (PrEP) of HIV infection to increase the options for preventing HIV infection.

Long-acting injectable Cabotegravir (CAB-LA) is an integrase inhibitor that can inhibit the replication process of retrovirus and block the integration of retrovirus and host chromosome. Previous studies have shown that Cabotegravir has strong anti-HIV activity, can protect non-human primates from various types of HIV exposure, and is safe in humans without limiting toxicity. 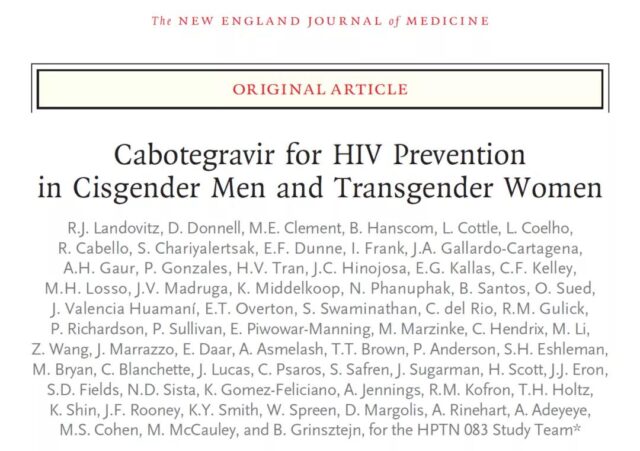 The research team recruited 4566 volunteers (median age 26 years), of which 570 were transgender women (referring to their biological sex as male, but self-identified as female), and the rest were men who acted with men. These groups are high-risk groups of AIDS.

The researchers randomly assigned them 1:1 to receive two plans. Half of the people received an injection of Cabotegravir once every two months, and half of them received oral TDF-FTC every day. Then they were followed up for 153 weeks, and HIV testing and safety assessment were performed. The primary end point was an AIDS infection event. 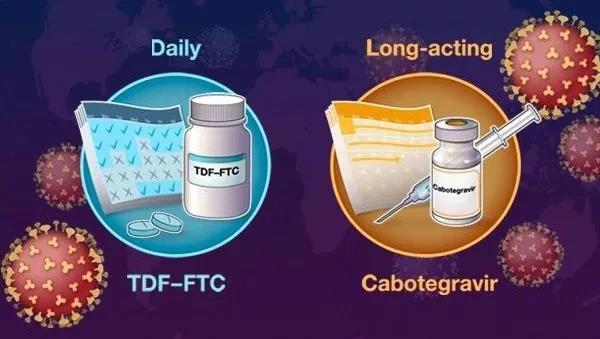 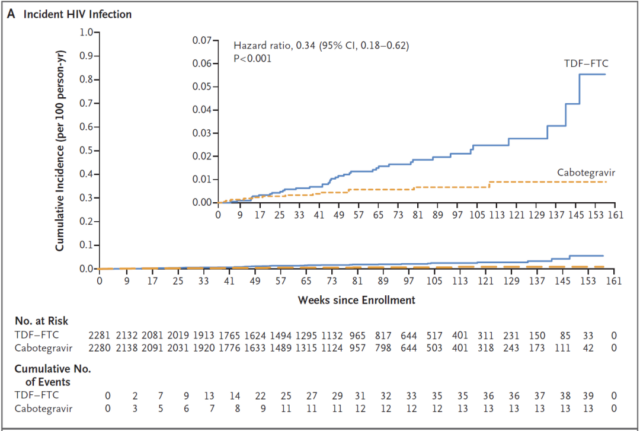 The results of this clinical trial show that long-acting Cabotegravir is better than daily oral TDF-FTC in preventing high-risk groups (men and trans women who have sex with men) from being infected with HIV.