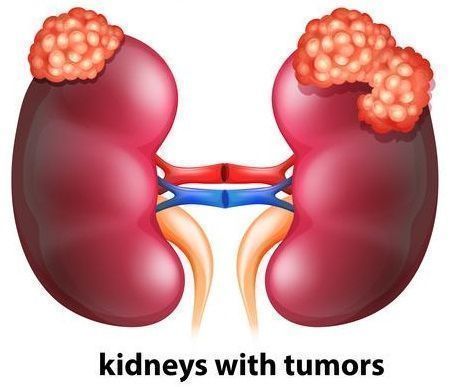 Merck & Co. recently announced that the U.S. Food and Drug Administration (FDA) has accepted an application for a supplementary biological product license for the anti-PD-1 therapy Keytruda (generic name: pembrolizumab, pembrolizumab). sBLA) and granted priority review. The sBLA seeks approval for Keytruda: for the adjuvant treatment of renal cell carcinoma (RCC) patients who have a moderate to high or high risk of recurrence after nephrectomy (surgical removal of the kidney) or nephrectomy and resection of metastatic lesions. The FDA has designated the sBLA’s “Prescription Drug User Charges Act” (PDUFA) target date as December 10, 2021.

The sBLA is based on data from the key Phase 3 KEYNOTE-564 study. It is worth mentioning that KEYNOTE-564 is the first phase 3 study to show positive results of adjuvant immunotherapy for RCC, confirming the value of Keytruda in the early treatment of RCC disease. The study was carried out in patients with RCC who had a moderate to high or high risk of recurrence after nephrectomy or nephrectomy and metastasis resection. The data showed that compared with the placebo group, the Keytruda treatment group had statistics on disease-free survival (DFS) The improvement of academic and clinical significance. The specific data are: Compared with the placebo group, the risk of disease recurrence or death in the Keytruda treatment group was significantly reduced by 32%, and the risk of death was significantly reduced by 46%.

Keytruda is the first immunotherapy to show clinical benefit in the adjuvant therapy of RCC. Since nearly half of early RCC patients have disease recurrence after surgery, the strong efficacy data from the KEYNOTE-564 study highlights the opportunity for Keytruda to become the new standard of care for early RCC patients.

Dr. Scot Ebbinghaus, Vice President of Clinical Research at Merck Research Laboratories, said: “The FDA’s acceptance of our application shows that we have made progress in the early treatment and early stages of certain cancers in the oncology field. We look forward to working with the FDA to provide qualified candidates in the United States. RCC patients provide the first adjuvant immunotherapy option.”

KEYNOTE-564 is a randomized, double-blind, phase 3 clinical trial (NCT03142334) that is evaluating Keytruda as a monotherapy for adjuvant treatment of nephrectomy or nephrectomy and metastasis resection with medium to high risk, high risk, or M1 disease-free Evidence (M1 NED) Efficacy in RCC patients. A total of 950 patients were enrolled in the study. These patients were randomly divided into 2 groups and received Keytruda (every 3 weeks as a cycle, intravenous infusion of 200 mg on day 1 of each cycle, up to 17 cycles) or placebo ( Every 3 weeks is a cycle, the first day of each cycle is intravenous infusion of normal saline, up to 17 cycles). The main one is disease-free survival (DFS), and the secondary end points include overall survival (OS) and safety.

The results showed that the study reached the primary endpoint: a median follow-up of 24.1 months (14.9-41.5), compared with the placebo group, the Keytruda treatment group had a statistically significant improvement in DFS (HR=0.68; 95%CI: 0.53) -0.87; p=0.0010), the risk of disease progression or recurrence was significantly reduced by 32%. The estimated 2-year DFS rate was 77.3% in the Keytruda treatment group and 68.1% in the placebo group. In general, the benefits of DFS are consistent across different subgroups. Based on cumulative events, neither treatment group achieved median DFS. Keytruda belongs to PD-(L)1 tumor immunotherapy, which is a kind of tumor immunotherapy that is currently attracting attention. It aims to use the body’s own immune system to resist cancer and block the PD-1/PD-L1 signaling pathway to make cancer. Cell death has the potential to treat many types of tumors.

Currently, Merck is continuing to study Keytruda as a monotherapy and in combination with other cancer treatments through its extensive clinical projects to treat RCC in multiple treatment settings (including adjuvant therapy) and disease stages (advanced or metastatic disease).