U.S. outbreak again: COVID-19 Hospitalized Youth and child hit the record.  The United States has been suffered by the COVID-19 virus again: this time the population is different; after the number of young people hospitalized, the number of child cases has also reached a new high

The United States originally expected to be able to go out of an epidemic with high infections and low deaths, just like the United Kingdom. Unexpectedly, U.S. was suffered again by the Delta mutant strain of the new coronavirus. Not only has the number of infections continued to increase, the hospitalization rate and fatality rate are also extremely worrying.

In fact, the UK, which originally believed that the COVID-19 fatality rate has been reduced to 0.1% of influenza through vaccination, has continued to increase its fatality rate, which is currently 0.34%. 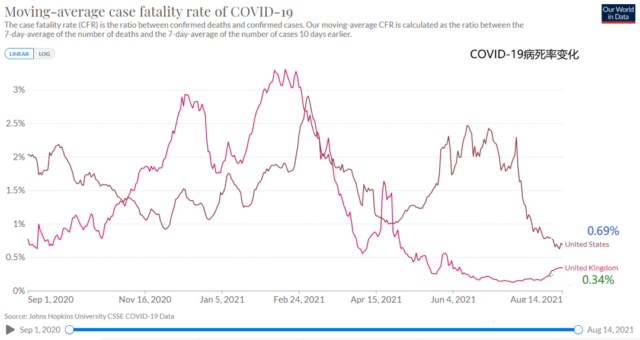 If we simply look at the trend of the COVID-19 fatality rate in the United States, it is still a lot more practical, because it was still 2.25% on July 15 and 0.69% on August 14, which has been declining.
But if you look further at the data behind this fatality rate, you will be extremely depressed again.

Because this time the main infected persons of the epidemic are young people and children. These cases were not people who were expected to be severely ill and died of illness.

We put directly on the website of the US Centers for Disease Control and Prevention, and the data on the number of hospitalizations in different age groups in the United States:
It can be seen that the 0-17 age group, the 18-29 age group, the 30-39 age group, and the 40-49 age group are constantly setting new highs, and are much higher than the most exciting one in January 2021. The peak of suffocation. 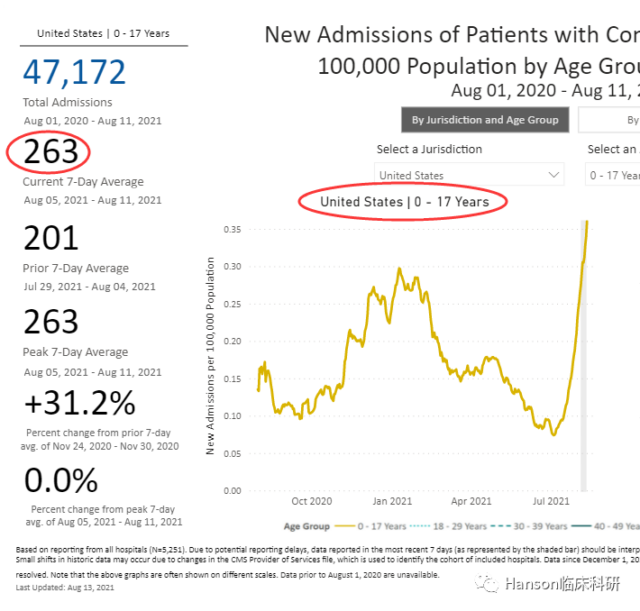 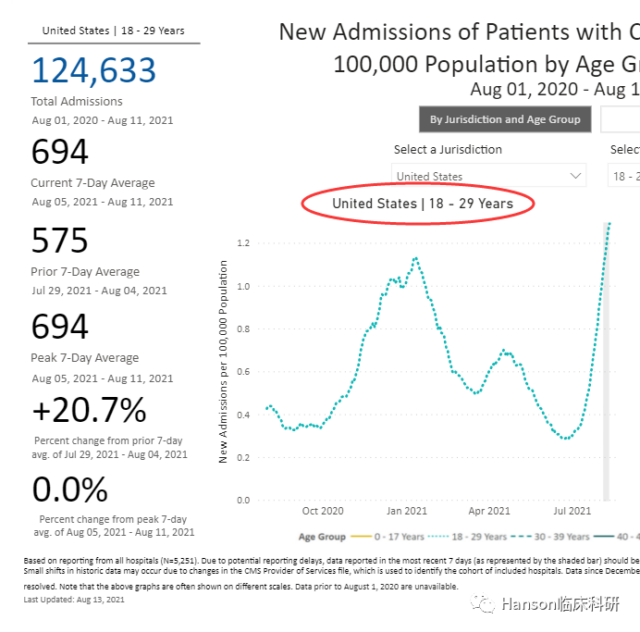 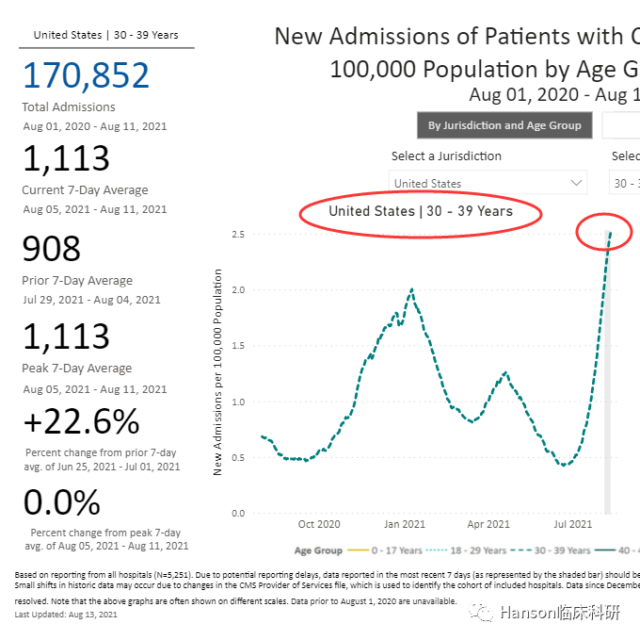 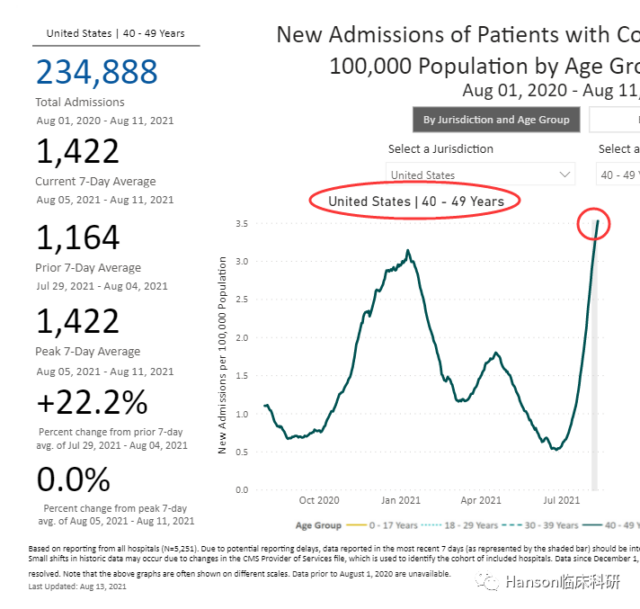 In contrast, the number of hospitalized cases in all age groups over the age of 50, although also increasing, was significantly lower than in January. 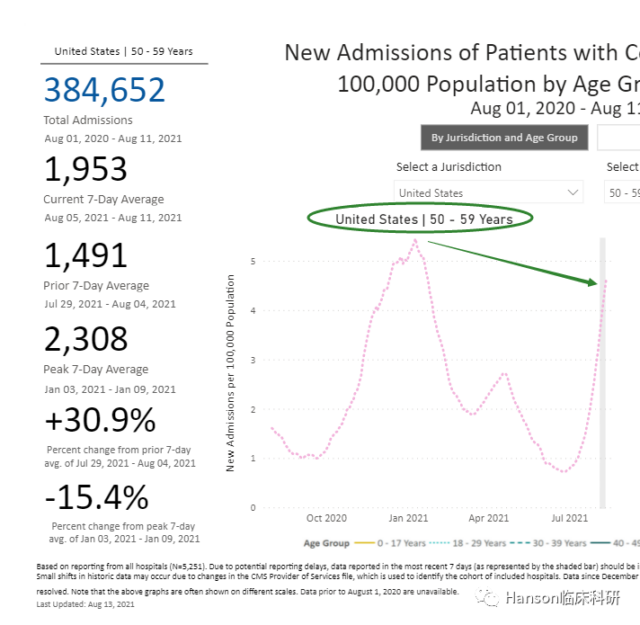 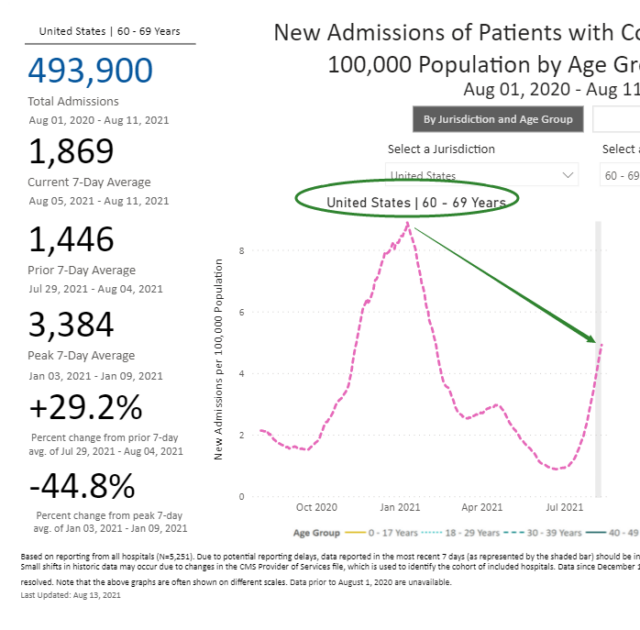 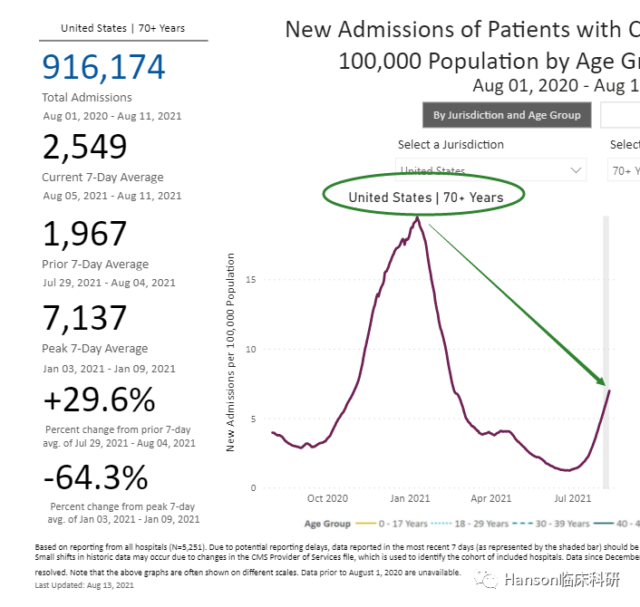 (Number of hospitalized persons aged 70 and over)

Therefore, the current decline in the fatality rate in the United States is not entirely due to vaccination, but mainly because the infected people are younger.

In this wave of outbreaks in the United States, the main infections are those who have not been vaccinated; but the poorest ones are children. There is no vaccine available for children under 12 years old, and they have a bright future.

According to data from the American Pediatric Association, as of August 5, 4.3 million children had tested positive for COVID-19, and there were 94,000 cases in the previous week alone.

The hospitalization rate of these children infected with COVID-19 was 0.9%, and the case fatality rate was 0.1%.

Moreover, what is the long-term prognosis of severely infected children with COVID-19? Is there lung fibrosis and can it be recovered? These are unknown. From the base point of view, it is 0.9% of the infected people! 4.3 million people are infected, which means that at least 390,000 severely ill children need to be hospitalized; the previous severely ill rate was even higher, which was as high as 3.8%.

The 0.01% COVID-19 fatality rate in children is not easy. Because these are children who originally had a bright future.

Their lives should not end at this age.

Schools have already started in some parts of the United States, and the rest will start before the end of August.

This semester, there are basically no public schools that open online learning.

Therefore, in the following month, the outbreak of COVID-19 among American children and their parents is even more worrying.