U.S. will start COVID-19 booster shot (3rd dose) from September 20 because vaccines are getting less effective against Delta variants

U.S. will start COVID-19 booster shot (3rd dose) from September 20 because vaccines are getting less effective against Delta variants.  U.S. health authorities quoted data on the 18th that the effectiveness of the COVID-19 vaccine has declined over time, and the protection against Delta variant infections is weak, and the effectiveness of preventing severe illness in the future may also be reduced.

Therefore, it is planned to start chasing the third dose in late September, and the interval between the second dose and the third dose must be 8 months. 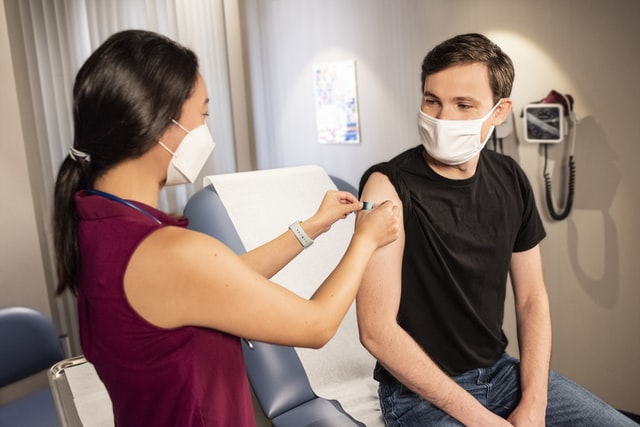 Delta mutant strains are raging across the United States. Centers for Disease Control and Prevention (CDC) Director Rochelle Walensky and President’s Chief Medical Adviser Anthony Fauci issued a statement in collaboration with several health officials, announcing that it will be the third place this fall. COVID-19 (Coronavirus Disease 2019) vaccine.

According to the joint statement, the United States intends to start the third dose of the vaccine for the public in the week of September 20, and the second dose must be separated by 8 months, but the actual schedule will depend on the assessment of the health authorities.

The statement stated that the U.S. Food and Drug Administration (FDA) will conduct an independent evaluation of the efficacy and safety of the third dose of Pfizer/BNT and Moderna vaccines. The CDC Vaccination Advisory Committee will review the relevant evidence. Make vaccination recommendations.

Since the first-line medical staff, nursing home residents, and the elderly in the United States were the first to be vaccinated, they are expected to take the lead in administering additional doses.

As for the people who administer the Johnson & Johnson single-dose vaccine, the statement pointed out that it is expected that they will also need to follow up with the vaccine in the future. More relevant data will be released in the next few weeks and will be explained to the outside world at that time.

Fauci said at the briefing that the United States decided to pursue the third dose because the main reasons include the decline in the amount of vaccine antibodies over time and the need for higher levels of antibodies against the Delta variant. The data also shows that the supplemental dose of vaccination can increase the antibody titer in the body by at least 10 times.

According to the data provided by FFauci , regardless of the variant strain, the antibody level in the body will reach a peak two weeks after the second dose of vaccine, but then it will decline all the way.

In addition, according to a CDC latest research report, experts tracked the status of residents in nursing homes and long-term care in the United States who had received Pfizer or Moderna vaccines, and found that before the emergence of the Delta variant (3/1-5/9), the vaccine’s efficacy was about 74.7%. , The mid-term (5/10-6/20) dropped to 67.5%, and only 53.1% remained in the delta mutant raging period (6/21-8/1).

Fauci emphasized: “If you wait for something bad to happen before responding, your ability to respond will definitely be far less than the original true strength, so we must be ahead of the virus.”

As for why it is every 8 months, Vivek Murthy, Director of the U.S. Public Health Service, pointed out that about 6 months after the vaccine is administered, the number of breakthrough mild to moderate infections will start to rise, but the most important purpose of the vaccine is to prevent Severely ill, it seems that the effect is still sufficient.

But Moxis admitted that if the current trend continues, experts expect that the number of breakthrough severe infections or deaths may increase in the future, so it should be an appropriate time to add a third dose after 8 months of judgment.

Due to the global shortage of vaccines, the World Health Organization (WHO) has repeatedly shouted to the rich countries to suspend the promotion of the third dose, so that more people around the world can get vaccines. In this regard, Moshi said that he does not believe that the United States must choose between protecting its own people and assisting the global population to vaccinate. The United States will continue to work on both.

According to the latest statistics from CDC, the vaccine coverage rate in the United States is about 60%, of which 168.89 million people have been vaccinated. Among the people who received the vaccine, 54% were given the Pfizer/BNT vaccine, 38% chose the Moderna vaccine, and only 8% were given the Johnson vaccine.