Smoking not only harms yourself, but also your children. The latest research shows that second-hand smoke will accelerate the aging of children

For natural life, aging is inevitable. Aging is a gradual, multi-factorial process, which is characterized by the continuous decline of various physical functions of the human body as the age grows, which is specifically manifested as muscle decline, poor memory, and weakened cognitive ability.

Not only that, aging is also a key risk factor for age-related diseases such as cancer, diabetes, cardiovascular and neurodegenerative diseases, and increased mortality. From another perspective, aging can be regarded as a continuous process that begins early in life.

The early events of a system will often determine its future direction. Therefore, some adverse events that occur early in life may affect the individual’s aging process.

Recently, a new study analyzed the relationship between more than 100 environmental exposures of more than 1,000 children in six European countries and the “epigenetic clock”, the aging clock. Research results show that exposure to tobacco smoke during pregnancy and early childhood and indoor exposure to black carbon (Black Carbon) can accelerate biological aging.

The study was led by the Barcelona Institute of Global Health (ISGlobal), which is the first research institution in the world to evaluate the relationship between a large number of early environmental exposures and the epigenetic age of children. The study was published in the journal Environment International with the title: The early-life exposome and epigenetic age acceleration in children. 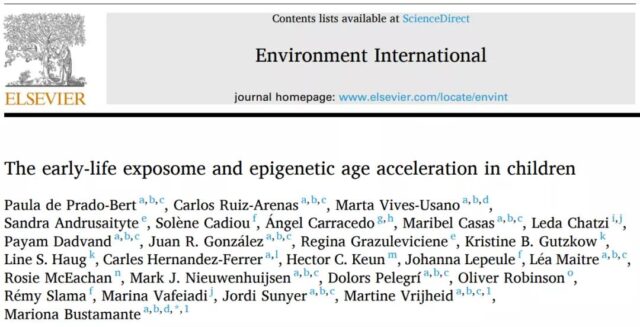 Exposure to specific environmental factors during pregnancy and early childhood can significantly or even irreversibly change our metabolism and physiological conditions, which in turn will determine our future health conditions. In addition, it will accelerate the process of biological aging, which is associated with a high risk of metabolic, cardiovascular or neurodegenerative diseases.

It is worth noting that at the cellular level, aging is a continuous process from early in life, which can be measured by the epigenetic clock: the epigenetic clock uses the DNA methylation levels in certain regions of the genome to infer a person’s Biological aging.

Mariona Bustamante, a researcher at ISGlobal and the corresponding author of this study, said: “The epigenetic clock allows us to assess whether a person’s biological age is older or younger than his actual age. Several previous studies have shown that the acceleration of epigenetic aging is related to certain There is a correlation between these environmental exposures, but most studies are conducted on adults, and the focus is on a single environmental exposure.” 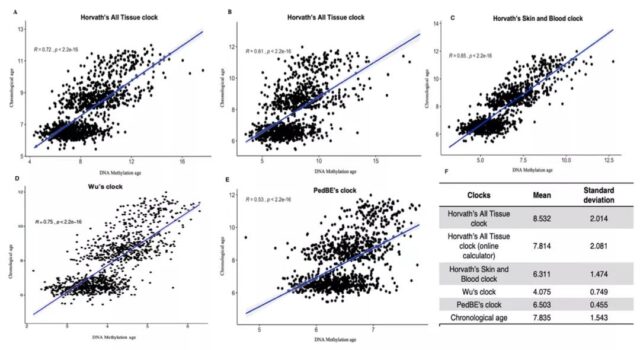 After adjusting for a variety of factors, the research team found that mothers’ exposure to tobacco smoke during pregnancy is associated with accelerated epigenetic aging of infants and young children. Regarding exposure to environmental factors after birth, research and analysis showed an association with two exposures: parental smoking and indoor black carbon (Black Carbon) levels. Black carbon is mainly carbon-containing fine particles produced by incomplete combustion of petroleum, coal, charcoal, trees, firewood, plastic waste, animal manure, etc., which can be measured indirectly by the absorbance of particulate matter. 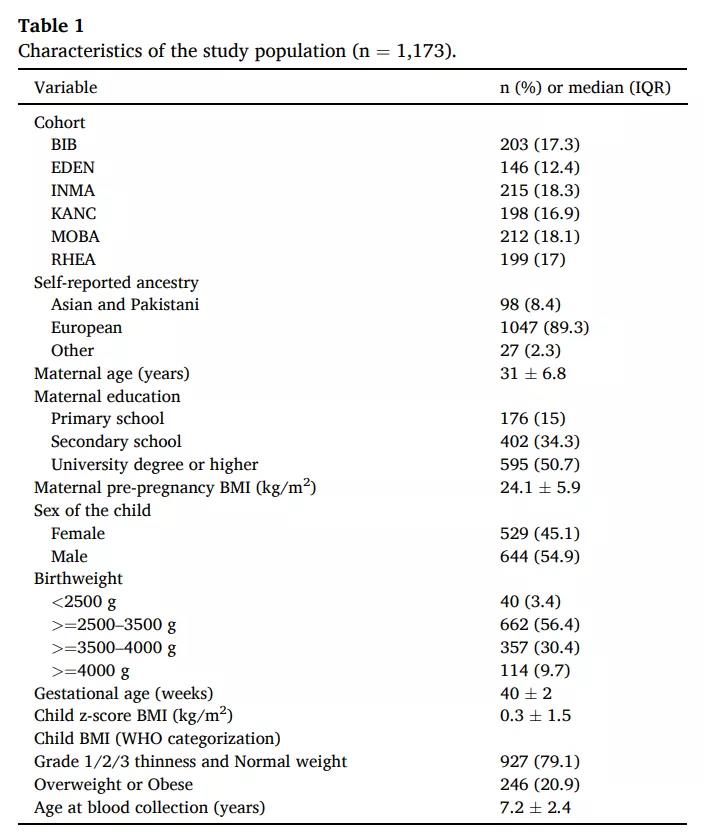 Information statistics of the research sample

Interestingly, the research team also discovered an unexpected phenomenon. Two environmental factors considered by the general public to be harmful but related to the reduction of biological aging-organic pesticide DMDTP and persistent organic pollutant PCB-138.

The study’s first author Paula de Prado-Bert explained: “These results need further research to explain, but the former may be due to the intake of more fruits and vegetables, while the latter may be due to its correlation with body mass index. related.”

Corresponding author Mariona Bustamante said: “The positive correlation between accelerated epigenetic age and exposure to tobacco smoke during pregnancy and early childhood is consistent with previous results obtained in adult populations. Epigenetic modifications may affect inflammation, toxin elimination, and cellular Cyclical approach and have a lasting impact on health.”

All in all, this study shows that exposure to tobacco smoke and indoor black carbon before birth and early childhood will accelerate the aging process of children, which also warns us that smoking is not only harmful to our own health, but also affects the lifespan of offspring. Therefore, for the health of children, parents should have the responsibility to quit smoking.