Is the soaring number of COVID-19 cases in Tokyo caused by Olympics?

Is the soaring number of COVID-19 cases in Tokyo caused by Olympics?

The COVID-19 pneumonia epidemic in Japan has come to an emergency. On August 24, 21,570 new cases were confirmed in Japan. Most areas of the country were in the “infection outbreak stage”, of which 4,200 cases were in Tokyo. The occupancy rate of hospital beds in Tokyo reached 63%, and the occupancy rate of ICU even reached 93%. 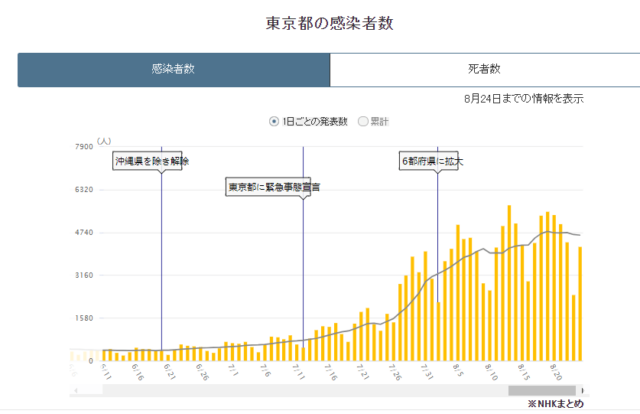 In the case of serious shortage of medical resources, 26,000 people in Tokyo have been treated at home, and most patients cannot find any hospitals that can receive them. In Chiba Prefecture, near Tokyo, on August 17, a pregnant woman with COVID-19 pneumonia gave birth to a premature baby at home, and the baby died; on August 24, a 60-year-old man was rejected by more than 30 hospitals with an unexplained high fever. Receipt leads to death… 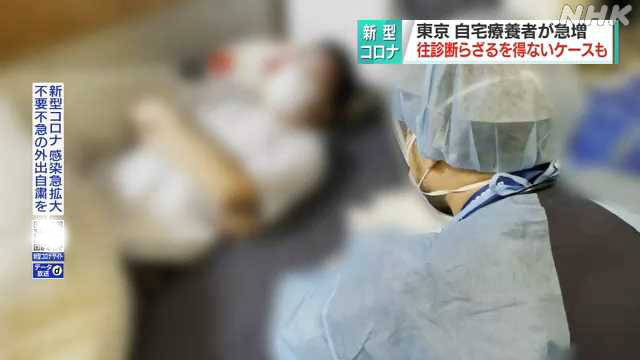 The Tokyo Olympics has just concluded. From the opening to the closing, the number of confirmed cases of COVID-19 in Tokyo, Japan in a single day soared from 1,359 to a peak of 5,042. Is the large-scale outbreak of the epidemic related to welcoming a large number of people from all over the world? The Tokyo Paralympic Games held on August 24 has in principle become a Paralympic Games without spectators. Will continuing to hold the Paralympic Games aggravate the epidemic?

The Los Angeles Times pointed out that although the number of confirmed diagnoses in Tokyo has soared, the COVID-19 pneumonia did not break out among 42,000 immigrants. Since July 1st, a total of 436 people involved in the Olympics have been diagnosed positive, two-thirds of whom are Japanese residents. A total of 32 infections occurred in the Olympic Village, but none of the high-profile athletes or groups withdrew from the competition because of a positive test.

The Tokyo Olympic Organizing Committee requires that all athletes must undergo two nucleic acid tests within 96 hours before boarding the plane. After entering the country, everyone must have their body temperature checked frequently. Hand sanitizer is everywhere. Athletes are tested every day, and other personnel are also regularly tested. “Spitting” testing has become a part of the Olympic Games.

Athletes must stay in their own houses, instead of enjoying socializing in the Olympic Village as in the past, they can travel freely after the game. In addition to the Olympic delegation, media personnel from various countries also need to undergo a 14-day soft quarantine, as well as installing health tracking programs on their mobile phones, prohibiting the use of public transportation and local restaurants, and so on.

Thomas Bach, President of the International Olympic Committee, praised at the Olympic Games summary press conference: “All data confirm that the anti-coronavirus measures for the Tokyo Olympics have worked.” He emphasized that there is no evidence that the surge in Tokyo’s epidemic is directly related to the Olympic Games. Or indirect connection.

On the other hand, “Sky News” reported that Akira Nishizono, a professor of microbiology at Oita University in Japan, believes that the “lamda” mutant virus brought by a Peruvian immigrant poses a serious threat to the epidemic in Japan and is likely to become the main virus strain. Kentaro Iwata, an infectious disease expert at Kobe University, said that the Olympics had a certain indirect impact. TV stations broadcast news of the Olympics every day, and it is difficult to keep people at home. Statistics show that with the exception of Tokyo, which is very restrictive, visits to most retail and entertainment venues in Japan have increased significantly, and some bars and restaurants have also taken measures to ignore the restrictions.

Although it is not yet certain that the delta mutant virus infection has a clear connection with the Olympics, the hosting of the European Cup last month brought an obvious peak of the epidemic to the United Kingdom. Most of the infected were young men, and the social activities brought about by the competition increased. Related-Japan may also have the same pattern.