Three types of cells transfected by mRNA vaccine in vivo 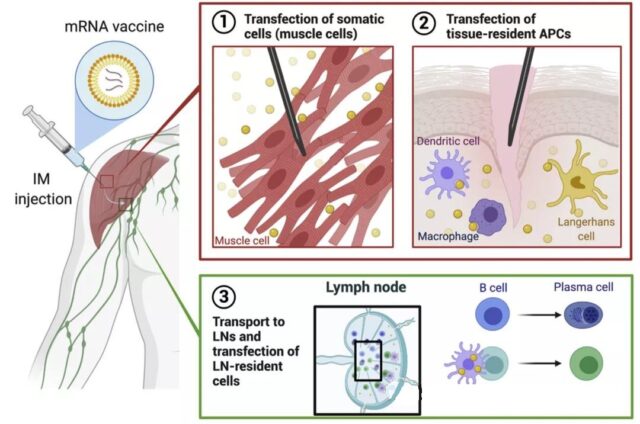 Intradermal injection, intramuscular injection and subcutaneous injection of the mRNA vaccine can transfect non-immune cells near the injection site. Non-immune cells produce antigens, which are subsequently degraded in the proteasome. The degraded epitope forms a complex with MHC-I molecules, presents the antigen to CD8+ cytotoxic T cells, and activates immunity. The transfection of muscle cells can also activate dendritic cells and then cause CD8+ T cell initialization. Although the exact mechanism is unclear, it is believed that the antigen is transferred from muscle cells to dendritic cells.

mRNA vaccines can also transfect immune cells residing in tissues, mainly APCs (such as dendritic cells and macrophages). In vitro injection of mRNA vaccine can trigger a local immune response at the injection site, recruit immune cells to the area, and promote the resident immune cells in the transfected tissue. As in the first case, transfection of mRNA into these cells will result in antigen presentation on MHC I cells, leading to the activation of CD8+ T cells.

APCs can process antigens through the MHC class II pathway, leading to the activation of CD4+T helper cells.

However, priming CD4+ T cells is also essential for building strong cellular immunity. In addition, considering the role of T helper cells in B cell activation, the ability of mRNA vaccines to activate CD4+ T cells contributes to humoral immunity.

The mRNA vaccine can also be drained by the lymphatic system and transported to neighboring lymph nodes through the lymphatic system. Lymph nodes are where various immune cells, including monocytes and naive T and B cells, live, and antigens located in these secondary lymphoid organs initiate an adaptive immune response. In the lymph nodes, the mRNA vaccine transfects resident cells, such as APCs and endothelial cells. Transfection of these cells can not only initiate T cells, but also B cell responses. 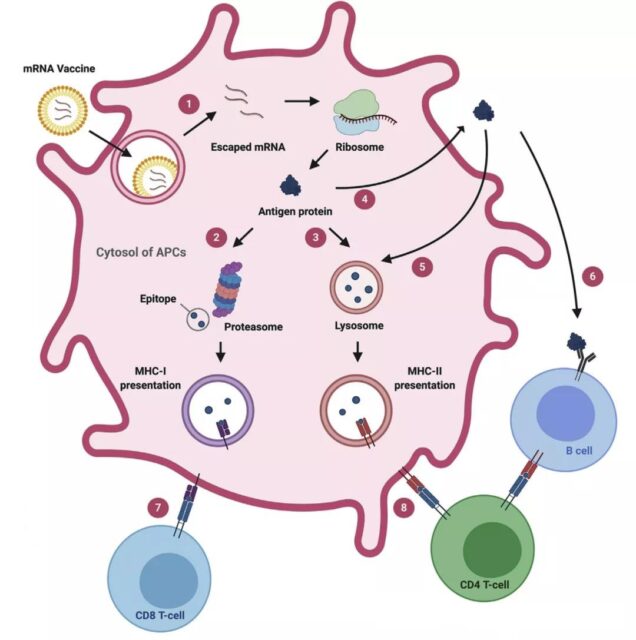 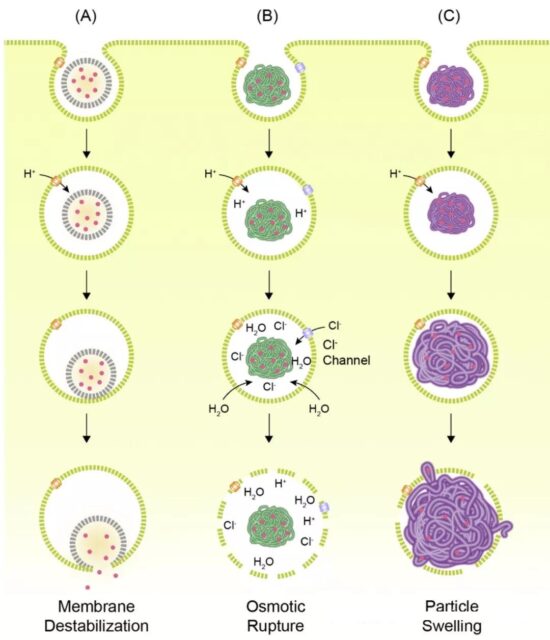