The third shot of the vaccine has not yet been completed, Israeli experts have prepared the nation for the fourth shot

Israel is the first country in the world to promote the third dose of vaccination, but the number of confirmed cases in the country is still on the rise, setting a new high in recent days. Israeli health experts said to the outside world over the weekend that preparations for the fourth dose of vaccine should be prepared.

Israel’s COVID-19 virus commissioner Salman Sakar told the media over the weekend, “Given that the virus already exists and will continue to exist, we still need to prepare for the fourth shot.” 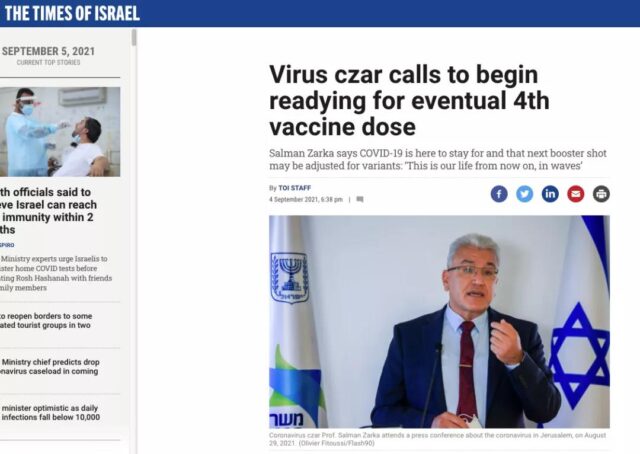 However, he did not specify the specific details of the fourth shot of vaccination. He said that in order to better fight against those new coronavirus mutations, such as Delta virus, the fourth injection plan may be modified.

According to data released by Israel in mid-August, the anti-epidemic effect of the third dose of vaccination is quite good. According to the data provided by the Israel Gertner Institute and the KI Institute, compared with the overall protection effect of 10 days after vaccination with two doses of the vaccine, the overall protection effect after 10 days of the booster injection for people aged 60 and over in Israel is 4 times higher; it can prevent severe illness Compared with hospitalized cases, the effect is 5 to 6 times better. 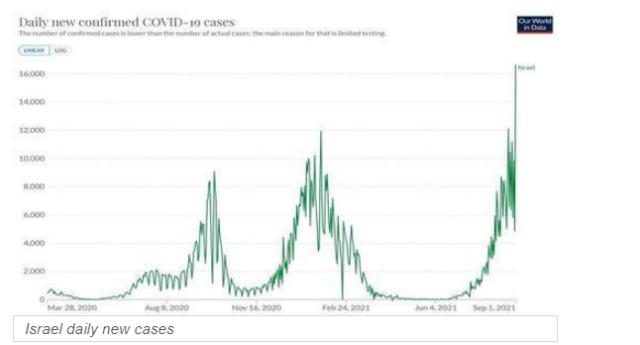 The Israeli Ministry of Health reported in July that now two doses of Pfizer/BNT vaccine are only 39% effective against Delta virus; another study in this country also found impressively that the antibody concentration in the human body after the Pfizer/BNT vaccine was The rate of monthly decline decreased by 40%, and the antibodies in the recovered patients decreased at a rate of 4% per month.

Therefore, it is speculated that the rapid decline of the antibody concentration in the body is the main reason for the recurrence of the Israeli epidemic.