Nodules, polyps, cysts, hyperplasia… which is the precursor of cancer?

Physical examination revealed nodules, polyps, cysts, hyperplasia… which is the precursor of cancer?

In many physical examinations, various “nodules”, “polyps”, “cysts”, and “hyperplasia” are sometimes found, so when you see some extra things grow in your body, you will feel anxious and even worried that these will develop into cancer. .

Nodules, polyps, cysts, hyperplasia… which of these is the precursor of cancer?

Nodules: Most of them are benign

In imaging examinations (such as CT, chest X-ray), it is found that the round-shaped lesions with a diameter of less than 3 cm are usually described as nodules, and when the diameter is less than 1 cm, they are often described as “small nodules”. When the diameter is less than 0.5 cm, it is Called tiny or tiny nodules. With the emergence of multi-slice spiral CT in recent years, more and more small nodules or tiny nodules have been found, but most of them are benign.

People who are generally old and have underlying lung diseases can easily find pulmonary nodules on examination. Don’t panic even if you find lung nodules, because only a small number of them are finally confirmed to be lung cancer. At this time, you must find a professional doctor to distinguish and judge: for small nodules less than 5 mm, only follow-up observation is performed, and a CT examination is performed again in 3 months to half a year. If the nodules do not change or increase abnormally, they are generally considered to be risk-free, and some may even disappear slowly over time. Large nodules above 1 cm are recommended to be diagnosed and treated as soon as possible. 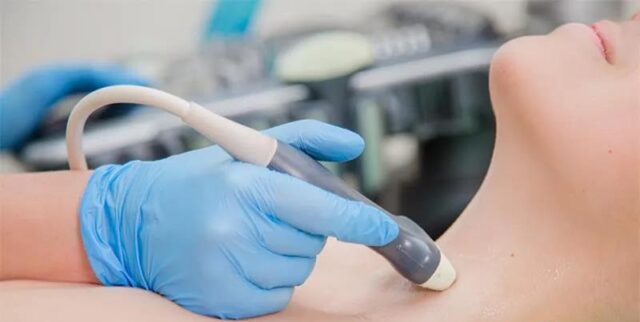 There are many clinical thyroid diseases, such as thyroid degeneration and inflammation, which can be manifested as nodules. However, the malignant rate of thyroid nodules is less than 1%, and most of them are benign and do not require treatment.

Polyps: some of them will become malignant

A polyp is a piece of “flesh” on a normal structure of the human body. Most polyps are benign, but some are malignant. It is recommended that as long as the polyp is found in the physical examination, it should be removed as much as possible, and then sent to a pathological biopsy to confirm the type of polyp and prevent recurrence.

There are three types of intestinal polyps: inflammatory polyps, adenomatous polyps, and hyperplastic polyps, with different cancer rates. As long as it is discovered and removed in time, and then regular colonoscopy and good living habits are ensured, recurrence and cancer can be effectively prevented.

Cyst is a kind of benign mass, some are single or multiple, generally speaking, it does not have much impact on health, and it is not necessary to be too stressful on physical examination. As long as the cyst does not have symptoms of compression or inflammation to the surrounding organs, there is basically no need for special treatment. If the liver cyst is too large, it may compress adjacent organs and cause uncomfortable symptoms, so active treatment is required. If complications occur, such as ruptured cysts, intracystic bleeding, etc., surgical operations are required.

Breast cysts cannot be regarded as breast diseases in the strict sense. 95% of breast cysts do not require special treatment, as long as they are regularly observed, a B-ultrasound is done every six months, and a mammography examination is performed every year for patients over 40 years old.

most liver cysts will not become cancerous and will not affect liver function, so as long as the liver cysts do not cause physical discomfort, they can not be treated, but it is recommended to have a B-ultrasound review every 6 months to observe the changes in the size of the cysts .

Simple renal cysts are more common. The vast majority of simple renal cysts are benign and the chance of malignant transformation is minimal. More than half of the patients have almost no symptoms before being discovered. If the kidney cyst is less than 5 cm and does not cause discomfort to the patient, treatment is not necessary. Generally, it is only necessary to review the B-ultrasound for 3-6 months to observe its changes.

Hyperplasia: may not develop into cancer

Do X-ray examination, and you will often see hyperplasia in the joints, that is, “bone spurs”, especially the cervical spine, lumbar spine and knee joints. Many elderly people think that bone spurs are a disease and they must be removed when they discover it.

Some people even believe in false advertisements and want to dissolve bone by taking medicine. Bone spurs are generally considered to be a compensatory hyperplasia of the human body, that is, through hyperplasia to help support the body and stabilize the joints. If it does not cause discomfort to the body, no special treatment is required.