Science: Why didn’t the cancer cells in your body develop into cancer?

Science: Why didn’t the cancer cells in your body develop into cancer?

Rewrite the textbook! Science reveals: Why didn’t the cancer cells in your body develop into cancer?

In our body, there are thousands of cells mutated due to DNA errors lurking every day, and they all have the possibility of eventually causing cancer. Existing theories believe that cancer is caused by two types of gene mutations: mutations of proto-oncogenes and inactivation of tumor suppressor genes. However, not all genetic mutations can cause cancer. Take moles on the body as an example. Genetic mutations can cause the moles to become cancerous and form melanomas. It is worth noting that most moles will never become cancerous. What is the reason? Woolen cloth? Scientists have been working to unravel the reasons for this difference, and this problem has finally been overcome recently.

Recently, the research team of the Memorial Sloan Kettering Cancer Center in the United States published a new study on the carcinogenic ability of melanoma in the academic journal “Science”, titled “Developmental chromatin programs determine oncogenic competence in melanoma”, the study found the impact The key component of melanocyte carcinogenesis-the chromatin-modifying enzyme ATAD2 protein in the cellular environment. This gene can activate genes related to cell embryonic development by binding to different regions of the chromosome, thereby increasing the carcinogenic ability of mutant proto-oncogenes and promoting The formation of cancer, and thus put forward the third key factor affecting cell carcinogenesis, that is, the carcinogenic ability initiated by the cell environment.

Melanoma is associated with BRAF gene mutations. In this study, the researchers first drove BRAF gene expression in a zebrafish model and allowed it to be in the neural crest phase (early development) of melanocytes and the melanoblast phase (middle development). ) And three stages of maturation to activate cancer cells. The test results show that melanocytes have a strong transcriptional response to BRAF gene in the early and middle developmental stages, and both activate cancer cells. In contrast, the transcriptional response of mature melanocytes to BRAF gene is almost Deletion, almost no gene mutation.

In order to extend the research to human cells, the researchers developed a human pluripotent stem cell (hPSC)-derived tumor model, which was also differentiated into three stages and transplanted into mice. The study showed that it is similar to zebrafish. The findings in the model are similar. Human mature melanocytes are relatively resistant to malignant transformation, while early and mid-stage melanocytes are easy to develop into tumors. 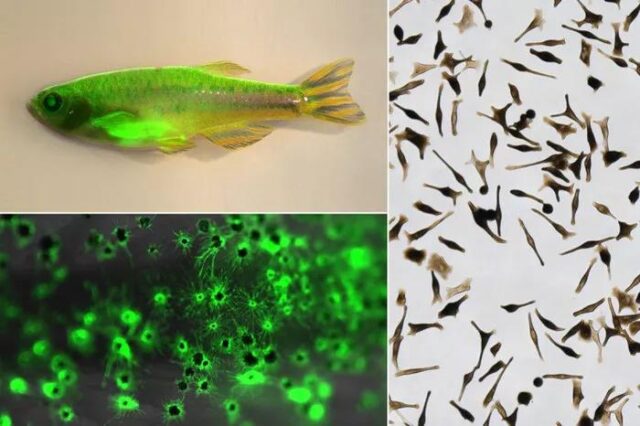 This raises a question, what are the essential differences between the cell types in these three stages? After analyzing them through the GSAA pathway, the results showed that several chromatin-modifying enzymes, including ATAD2, BPTF, BAZ1A, and EZH2, were significantly up-regulated in early and mid-stage melanocytes. As a result, the researchers hypothesized that these chromatin-modifying enzymes may be the “culprits” that cause early and mid-stage melanocytes to become cancerous.

Through further research, the researchers found that one of the chromatin-modifying enzymes, ATAD2, is usually amplified or overexpressed in melanoma patients. In order to verify the key role of ATAD2 in the formation of melanoma, the researchers first removed ATAD2 in the melanoma zebrafish model. The results showed that after removal, the melanocytes lost the ability to become cancerous. Subsequently, ATAD2 was added back to melanin. In the cell, the cell regained the ability to cause cancer, which means that ATAD2 is a key factor in the smooth formation of melanoma.

Researchers continue to use the large amount of data provided by MSK and Cancer Genome Atlas to verify, and the results prove that the survival rate of cancer patients activated by ATAD2 is significantly reduced, which shows that it does play an important role in the cancer genome.

In general, the new discovery of ATAD2 protein in melanoma will not only provide new drug targets for cancer treatment, but more importantly, the third factor theory of carcinogenicity proposed for cancer formation. , Which is in sharp contrast with traditional theories and provides new theoretical insights for cancer treatment.

The lead author of the study, Dr. Baggiolini, likened cancer development to fire, genetic mutations to matches, and carcinogenicity to wood, and gave a vivid explanation of the third factor theory of cancer formation: “DNA mutations are like a lighted match, if If you use the wrong wood, or if the wood is wet, you may get a little flicker but it will not catch fire. If you have the right wood and add some kind of fire, the whole thing will burn.”