PT027 is a potential first-in-class inhaled, fixed-dose combination product developed by AstraZeneca and Avillion. It consists of salbutamol (a short-acting β2 agonist [SABA]) and budesonide (an inhaled Sex corticosteroids [ICS]) .

The MANDALA trial reached the primary endpoint: in patients with moderate to severe asthma, when used as a rescue drug to relieve symptoms, compared with salbutamol, PT027 treatment showed a statistically significant and clinically significant reduction in the risk of severe exacerbation. The trial enrolled 3132 patients with moderate to severe asthma who received ICS maintenance therapy (with or without other drugs) .

The DENALI trial met a dual primary endpoint: in patients with mild to moderate asthma, the forced expiratory volume in 1 second (FEV1) was measured, compared with the individual components salbutamol and budesonide, and compared with placebo, PT027 treatment made patients The lung function was statistically significantly improved . The trial enrolled 1,001 patients with mild to moderate asthma who had previously been treated with single-agent SABA or combined with low-dose maintenance ICS as needed .

The safety and tolerability of PT027 in the two trials are consistent with the known ingredient characteristics. The detailed data of the MANDALA and DENALI trials will be announced at an upcoming medical conference .

Asthma is a chronic, inflammatory, and fluctuating respiratory disease that affects as many as 339 million adults and children worldwide, including more than 25 million in the United States. Inflammation is a distinctive feature of asthma and plays a key role in asthma symptoms, exacerbations and death.

American Academy of Allergy, Asthma and Immunology Bradley E. Chipps will be former president of the United States Sacramento allergy and respiratory diseases, medical director of the center, said: “severe asthma worsening (exacerbation) of all ages for many asthma is a huge burden for the patient , Leading to decreased quality of life, hospitalization, systemic corticosteroid therapy (which may cause serious side effects), and the possibility of premature death. Millions of patients worldwide rely on their emergency inhalers to relieve acute symptoms. The MANDALA and DENALI trials show that, The salbutamol/budesonide emergency inhaler can resolve inflammation and prevent the deterioration of the condition, which will make PT027 an important potential new treatment option for patients .”

Mene Pangalos, Executive Vice President of Research and Development of AstraZeneca Biopharmaceuticals, said: “All asthma patients are at risk of severe exacerbation. Regardless of the severity of their disease, many patients overuse short-acting bronchodilators. These are exciting for PT027. The results take us one step further and provide an innovative and superior treatment method for asthma by preventing the worsening of asthma .” 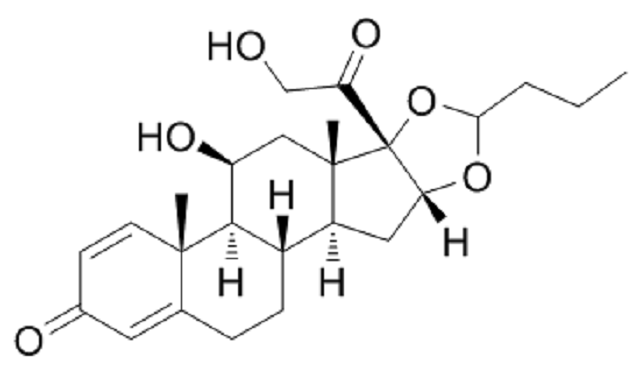 Asthma patients repeatedly experience dyspnea and wheezing, the severity and frequency of which change over time. Regardless of the severity of the disease, treatment compliance, or level of control, these patients are at risk of severe deterioration.

It is estimated that 176 million cases of asthma exacerbations occur worldwide each year , of which more than 10 million are in the United States; for many patients, these are physical threats and emotionally significant effects, and may be fatal.

Inflammation is at the core of asthma symptoms and exacerbations. Many patients who experience asthma symptoms use SABA as a rescue drug. However, the use of SABA alone does not solve the inflammation problem and puts patients at risk of severe deterioration, which may lead to impaired quality of life, hospitalization, and frequent oral corticosteroids (OCS). Repeated courses of OCS treatment are associated with an increased risk of systemic side effects, including pneumonia, osteoporosis, and type 2 diabetes . From the global Asthma international recommendations Initiative (Global Initiative for Asthma) it is no longer recommended as the preferred SABA rescue therapy.