The drug is limited to patients whose disease has progressed during or after platinum-based chemotherapy, and the EGFR exon 20 insertion mutation needs to be detected in an FDA-approved test. Mobocertinib is an oral tyrosine kinase inhibitor (TKI) specifically designed to target EGFR Exon20 mutations.

NSCLC positive for EGFR Exon20 insertion mutation accounts for about 1%-2% of NSCLC patients, and is more common in Asian populations than Western populations. Patients with such rare mutations have not only faced treatment challenges for a long time, but also lacked accurate diagnosis.

The approval of this indication is based on the overall response rate (ORR) and duration of response (DoR) results of the Phase I/II study (EXCLAIM) submitted at the American Society of Clinical Oncology Annual Meeting (ASCO).

The trial consisted of 114 EGFR Exon20 insertion-positive NSCLC patients who had previously received 160 mg platinum therapy. According to the independent review committee, the ORR confirmed by Mobocertinib was 28%, and the median DoR was 17.5 months. The median OS was 24 months, and the median PFS was 7.3 months. 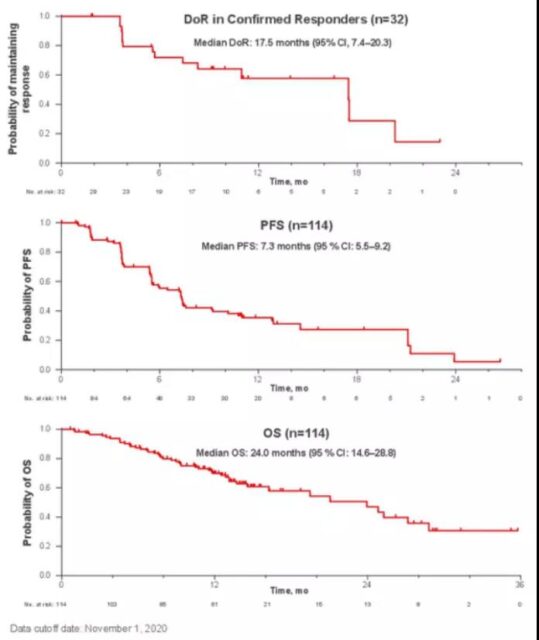 The FDA also approved Thermo Fisher Scientific’s Oncomine Dx Target Test as a diagnostic test to identify NSCLC patients with EGFR exon 20 insertions, and patients with such mutations are eligible for treatment with Mobocertinib.