Is it possible to “resurrect” the mammoth within 4-6 years?

Is it possible to “resurrect” the mammoth within 4-6 years? George Church founds a company led by a billionaire to invest tens of millions of dollars

George Church has a crazy idea: “resurrect” mammoths in this century.

Recently, Colossal, founded by him, announced that it has received 15 million US dollars in seed round financing, led by American billionaire and former CEO of Legendary Entertainment, Thomas Tull, “Batman”, “Inception” and “Jurassic” Commercial blockbusters such as “The World” are all produced by the company.

In addition, a number of investment institutions, including Silicon Valley venture capital firms Breyer Capital and Draper Associates also participated in this financing.

01.  A technology incubator named after the “resurrected” mammoth

The Arctic continent was full of life during the ice age. The vast Arctic ice cover covered Europe, northern Asia and North America. In addition to mammoths, herbivorous giants such as wild horses, bison, reindeer and elk are also in the Arctic permafrost. Roaming and grazing on the covered grassland. It is of great significance to the maintenance of the natural ecosystem at that time.

Mammoths are 5 meters long, 3 meters tall, and weigh up to 6-8 tons. They can uproot trees, and only grass can survive wherever they pass. The grassland absorbs carbon in the roots and forms a smooth surface reflecting hot sunlight, which absorbs less heat than trees, helping to minimize global warming; and the trampling of the mammoth is like a road roller, making the snow good Ground insulation materials can keep the frozen soil layer in a longer low temperature state and reduce the release of carbon stored in the frozen soil. 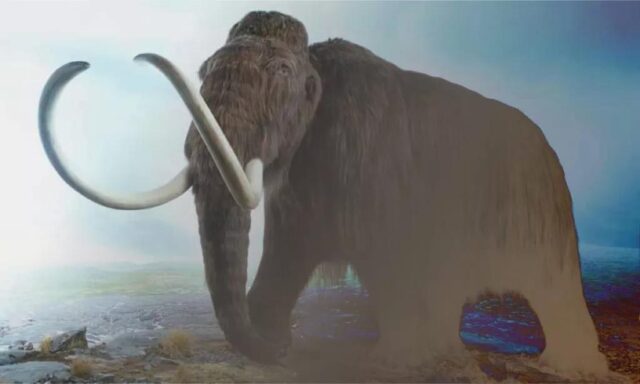 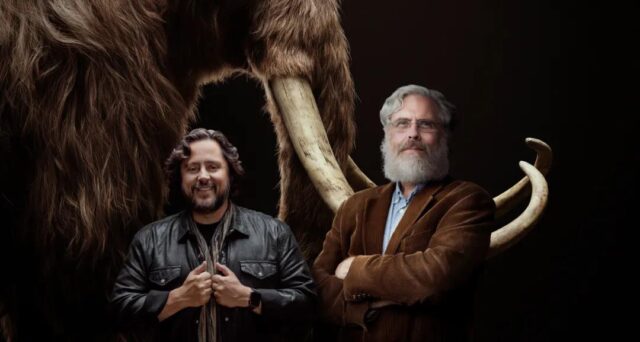 So what is the significance of “resurrecting” the mammoth for Colossal, which aims at business value?

The company’s CEO and co-founder Ben Lamm explained that Colossal is more like an incubator for the development of a large number of innovative IP, just like a series of technologies created by the “Moon Landing Project”, such as GPS, the Internet, and semiconductors have been applied to daily life middle.

Colossal aims to “resurrect” the mammoth, which can promote the development of a variety of biotechnologies.

For example, in 2020, George Church published a huge library of transcription factors in a sub-Journal of Nature, which can induce differentiation of pluripotent stem cells into almost any type of cell.

“We have now made endometrial cells and endothelial cells.” George Church’s plan is to use these cells as an artificial uterus to hatch embryos.

02.  How many steps does the “resurrection” mammoth have in total?

With global warming, the permafrost has gradually melted, and more mammoth corpses or remains have been unearthed.

At present, scientists have extracted the remaining DNA from the frozen corpse of the mammoth, but because the remains have been tens of thousands of years old, the cell nucleus has long been damaged. Therefore, in a strict sense, the so-called “resurrection” can only be “the production of new individuals whose genes contain certain traits of mammoths”.

Therefore, next, “resurrecting” the mammoth is divided into three steps: the first step is to rebuild the mammoth cells; the second step is to restore the full functionality of the cells and induce the formation of embryonic cells; the third step is to use the surrogate mother to give birth Mammoth.

The difficulty lies in the third step. Because the mammoth has lived too long ago, even the Asian elephant surrogate that is the closest relative to the mammoth is very easy to abort. One of the solutions is to use the artificial uterus mentioned in the above article Church. technology.

But Colossal has a new solution. The Asian elephant’s gene is 99.6% similar to that of the mammoth. Theoretically, it can be “evolved” into a mammoth through reverse genetic engineering of the evolutionary characteristics of the Asian elephant. .

“Mammoths are closely related to Asian elephants, with a difference of about 1.4 million DNA sequences. There are about 1,600 protein-coding genes that have changed,” Church believes. “You only need to edit 50 of these genes to enable animals. Living in an environment of minus 40 degrees for a long time. But frankly, we are currently not sure of these genes.”

Both George Church and the Colossal team believe that their goal is not just to create a mammoth or to build a zoo, but to release entire groups of animals into the wild, allowing large herbivorous mammals to rebuild the Arctic’s ecological environment and climate. However, there are still a lot of technical and ethical issues that need to be explored behind this.

Of course, Colossal also has another more feasible project “DE-EXTINCTION”, which aims at the current genetic engineering technology to protect endangered populations.

Ben Lamm said that Colossal will use the funds to cultivate a viable mammoth embryo, and plans to “hatched” the first batch of small mammoths in the next four to six years.

Is it possible to “resurrect” the mammoth within 4-6 years?