People with imbalanced intestinal flora are prone to intestinal cancer?

People with imbalanced intestinal flora are prone to intestinal cancer?

Colorectal cancer is a major health problem in the world. Increasing evidence that the gut microbiota plays a role in the development of colorectal cancer has stimulated interest in studying these microorganisms.

Published yesterday in the journal Cell Host & Microbe, a study titled “Genomic and functional characterization of a mucosal symbiont involved in early-stage colorectal cancer” reported that the increase of certain bacteria in the intestinal biota indicates that the colon Polyps are more likely to become cancerous. 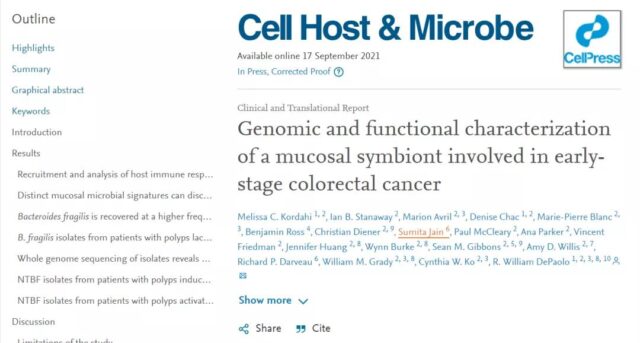 William DePaolo, an associate professor at the University of Washington School of Medicine, tracked 40 patients who had undergone a routine colonoscopy and had a biopsy near the polyp in the study to determine that the polyps had a relatively higher bacterial content compared with patients without polyps. All patients were between 50 and 75 years old, and 60% were women.

The study pointed out: “The rising incidence of colorectal cancer is a major health problem, but little is known about the composition and role of the microbiota associated with precancerous polyps.”

DePaolo said: “The overall idea is that most people will think of the microbiota when they see advanced colorectal cancer, but it is difficult to determine whether the microbiota has changed and when it has changed. So, we have taken this disease Earlier research and investigating when the microbiota may induce polyps to become cancerous.

In addition, when people think of the microbiota and its role in disease, they usually think of a potentially dangerous bacteria instead of their composition Variety”.

DePaolo explained: “Our data shows that in order to survive in an environment with metabolic and inflammatory changes, normal and healthy intestines and related bacteria may adapt to the environment by inducing inflammation instead of inhibiting it.” 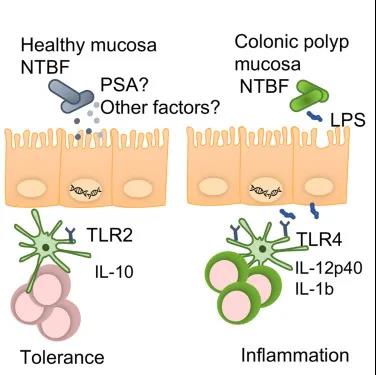 He said that actually only 5% of colon polyps have become cancerous. Polyps seem to recur in the same area of ​​the colon. He believes that, in fact, the current colon cancer screening can identify the key bacteria that parasitize the intestines and the number of this specific Bacteroides fragilis strain before the polyps become cancerous or even develop. .

Colorectal cancer is the third most common cancer in the United States, and its incidence is on the rise among young people. DePaulo suggested that if microbes can be screened before polyps appear, this may be a key factor in reducing the number of these bacteria. He said the next step is to expand the scope of the study to 200 patients to determine whether stool samples can be used as a substitute for mucosal biopsy.