Scientists at the University of California, Riverside, San Diego, and Carnegie Mellon University are already investigating whether edible plants like lettuce can be transformed into mRNA vaccine factories.

But what many people don’t know is that the reason why mRNA technology has made a blockbuster is entirely the result of decades of joint efforts and failures of many scientists.

When an mRNA vaccine is used for immunization, it is equivalent to providing a blueprint for the immune system, that is to say, mRNA encodes a protein antigen, which is then produced by host cells and induces an immune response, thereby protecting the body from viruses.

However, mRNA technology is not perfect. One of the challenges it faces is to maintain the stability of the low-temperature environment during vaccine transportation and storage. But if this new project succeeds, it will mean that people can eat plant-based mRNA vaccines. In this way, it is possible to store the vaccine at room temperature.

The goal of this $500,000 project funded by the National Science Foundation includes three aspects: one is to prove that DNA containing mRNA vaccines can be successfully transplanted into plant cells and can be replicated; the other is to prove that plants can produce enough mRNA; The third is to determine the correct dose.
The study

The person in charge, Juan Pablo Giraldo, assistant professor in the Department of Plant and Plant Science at the University of California, Riverside, said: “Ideally, a plant can produce enough mRNA to vaccinate a person.”
Giraldo said: “We are testing this method with spinach and lettuce. We also have a long-term goal that one day people can grow ‘vaccine’ in their homes. Eventually, farmers can plant ‘vaccine’ on the entire land. “

The key to this work is chloroplasts, which are tiny organs in plant cells that can convert sunlight into energy that plants can use. Giraldo said: “Chloroplasts are small solar factories that produce sugar and other molecules that make plants grow. They are also untapped resources used to make the molecules we need.”

In the past, Giraldo’s laboratory has demonstrated that chloroplasts may express genes that are not natural parts of plants. His team achieved this goal by delivering exogenous genetic material into plant cells.

In this new project, Giraldo worked with Nicole Steinmetz, professor of nanoengineering at the University of California, San Diego, to use nanotechnology designed by his team to deliver genetic material to the chloroplast.

Steinmetz said: “Our idea is to reuse naturally-occurring nanoparticles, plant viruses, to deliver genes to plants. Some bioengineering research involves this field, allowing nanoparticles to enter the chloroplast and making them non-infectious to plants. “ 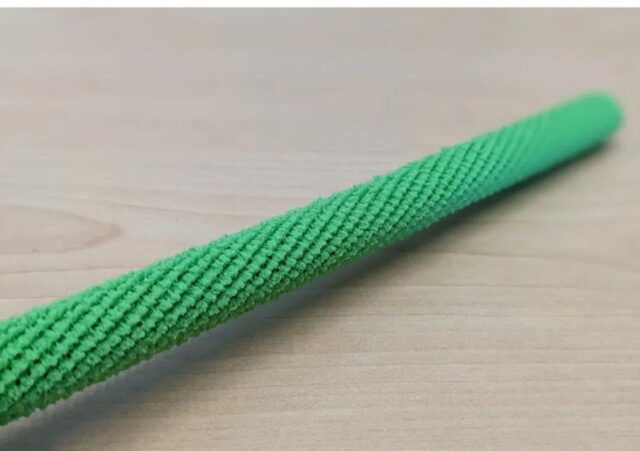 Giraldo said: “One of the reasons I work in nanotechnology is to be able to apply it to plants and create new technical solutions. Not only food, but also high-value products, such as medicines.”

Giraldo also co-led a related project using nanomaterials to deliver nitrogen (a type of fertilizer) directly to the chloroplasts that plants need most.

Nitrogen is limited in the environment, but plants need it to grow. Most farmers apply nitrogen fertilizer to the soil. As a result, about half of the nitrogen ends up in the groundwater, polluting waterways, causing algae blooms and interacting with other organisms. It also produces another pollutant, nitrous oxide.

This alternative method introduces nitrogen into the chloroplast through the leaves and controls its release. This is a more effective application mode that not only helps farmers but also improves the environment.

Giraldo said: “I am very excited about this research. I think it will have a huge impact on people’s lives.”

Can you complete mRNA COVID-19 vaccination by eating vegetable salad?