Malaria is caused by the continuous proliferation of Plasmodium falciparum in human red blood cells. It is mainly transmitted through mosquito bites.

Malaria has been raging in tropical developing countries such as Africa, southern Asia and South America for a long time, causing great casualties and economic losses. 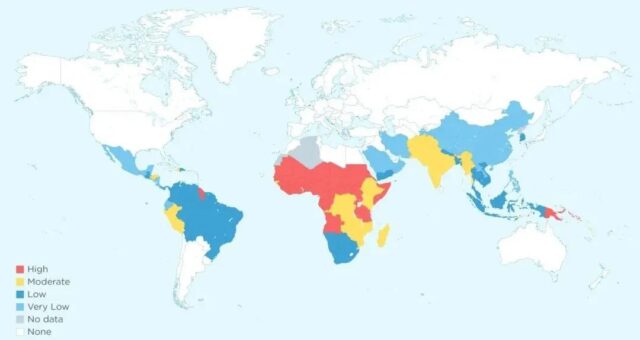 Artemisinin is a highly effective anti-malarial compound extracted from Artemisia annua. It has a powerful and rapid killing effect on malaria parasites in all types of red blood cells.

Since Tu Youyou and others successfully extracted and applied artemisinin to the treatment of malaria, it has saved millions of lives worldwide.

It has been hailed as one of the most outstanding medical achievements of the 20th century. Won the Nobel Prize in Physiology or Medicine.

Falciparum malaria is caused by the continuous proliferation of Plasmodium falciparum in human red blood cells. Before the discovery of artemisinin, chloroquine was an effective antimalarial drug. However, due to the long-term large-scale use of chloroquine, some malaria parasites have developed drug resistance.

The anti-malarial efficacy of the disease has also declined sharply. In the 1980s, the failure of chloroquine in Africa caused millions of children to die from malaria every year.

Malaria caused by Plasmodium is a major public health problem in the world. Nearly 3.2 billion people in 89 countries are at risk of contracting malaria. This accounts for almost half of the world’s population, and there is currently no malaria treatment. Vaccine. More than 200 million cases of malaria infection are recorded each year, and 400,000 deaths.

The discovery and application of artemisinin have rekindled hope in the field of anti-malaria. Today, artemisinin and its derivatives (ART) have become the first-line anti-malaria drugs, and the ideal of “completely eradicating malaria and building a world without malaria” has become possible.

Unfortunately, even today, even the “magic antimalarial drug” artemisinin has developed drug resistance. Since 2008, it has been able to resist artemisinin and artemisinin in Southeast Asia (Cambodia, Thailand, Vietnam, Myanmar and Laos).

The malaria parasite, its derivative, is becoming increasingly popular. However, Africa, the home base of malaria, has not found any mutations of malaria parasites resistant to artemisinin. Sub-Saharan Africa has 90% of the world’s malaria infections.

On September 23, 2021, researchers from Juntendo University in Japan published a research paper titled: Evidence of Artemisinin-Resistant Malaria in Africa in the top international medical journal “New England Journal of Medicine” (NEJM). The study confirmed the emergence of artemisinin-resistant malaria in Africa, and confirmed that artemisinin-resistant P. falciparum emerged independently in Africa and spread locally.

This study was conducted at St. Mary’s Hospital in Gulu Region, Uganda, Africa from 2017 to 2019. Among 240 patients who received artesunate (a water-soluble artemisinin derivative) intravenously, a total of 14 patients had in vivo Evidence of artemisinin resistance, their Plasmodium elimination half-life> 5 hours, 13 of these 14 patients were infected with the A675V or C469Y allele mutation of the Kelch13 gene of Plasmodium falciparum. These mutations are associated with the prolonged elimination half-life of Plasmodium.

The research team further pointed out that the prevalence of malaria parasites carrying the Kelch13 mutation has increased significantly, from 3.9% in 2015 to 19.8% in 2019, mainly due to the increase in the frequency of A675V and C469Y alleles.

In fact, as early as August 3, 2020, the top international medical journal Nature Medicine published a co-authored title: Emergence from the Pasteur Institute in France, the African Rwanda Biomedical Center, the World Health Organization, and Columbia University in the United States. and clonal expansion of in vitro artemisinin-resistant Plasmodium falciparum kelch13 R561H mutant parasites in Rwanda.

The study found and confirmed for the first time that a malaria parasite mutation that can resist artemisinin and its derivatives appeared in Africa. 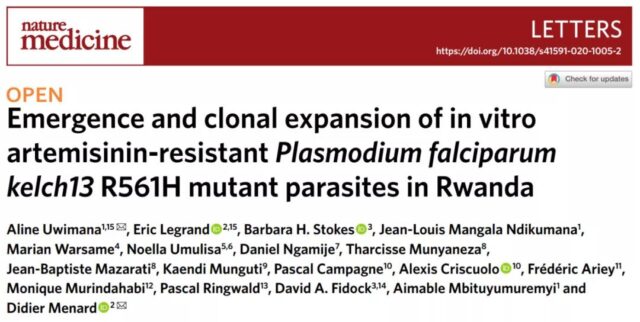 What are the reasons why these malaria parasites can develop resistance to artemisinin and its derivatives?

On January 3, 2020, the top international academic journal Science published a paper on the resistance mechanism of artemisinin and its derivatives (ART).

The discovery of Rwanda in Africa confirmed that the Kelch13 gene was mutated in Plasmodium, and phylogenetic analysis showed that these mutants were mutated from the native Plasmodium this week, rather than imported from other regions such as Southeast Asia.

However, scientists from the Pasteur Institute participated in the World Health Organization’s anti-malaria surveillance project in Africa and found the first signs of the artemisinin-resistant Kelch13 mutant plasmodium in Africa. 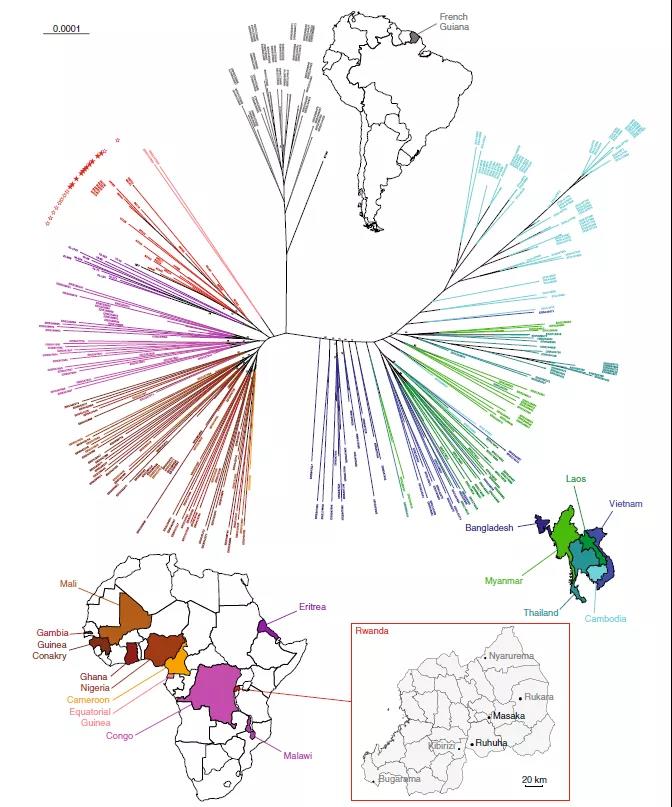 More importantly, these studies show that this artemisinin-resistant Plasmodium has spread in many places in Rwanda. If there are no effective measures to curb the spread of drug-resistant Plasmodium in Rwanda and neighboring countries, as time goes by, These mutant Plasmodiums are likely to gradually become mainstream Plasmodiums in Africa. This will mean that the only treatment currently available will become ineffective.

Model predictions show that without measures, the ineffectiveness of artemisinin and its derivatives (ART) within five years will result in 78 million new cases and 116,000 deaths in Africa.

Malaria is a type of parasitic disease that mainly rages in tropical and subtropical regions. It is also listed as one of the five major parasitic diseases in some countries. The struggle between humans and malaria has been protracted, and it cannot be completely eliminated until the rapid development of life sciences and the highly advanced level of medical care.

This time, a mutant strain of malaria parasites of artemisinin and its derivatives (ART) was discovered on the African continent. It is important to know that the African continent accounts for 90% of malaria patients in the world, which is undoubtedly a big deal for humans to fight against malaria. The bad news is that this will also hinder continued progress in the fight against malaria in Africa.