2021 Nobel Medicine Prize: How do we perceive temperature and pain?

2021 Nobel Medicine Prize: How do we perceive temperature and pain?

Nobel Prize Interpretation: How do we perceive temperature and pain? This article will take you to understand this year’s Nobel Prize results!

The 2021 Nobel Prize in Physiology or Medicine was announced at 1:30  on October 3th, Pacific time. There are two winners this year. They are David Julius and Howard Hughes Medical Institute from the University of California, San Francisco. Ardem Patapoutian of the Scripps Research Center rewarded them for the discovery of temperature and tactile receptors and their research on their internal mechanisms. 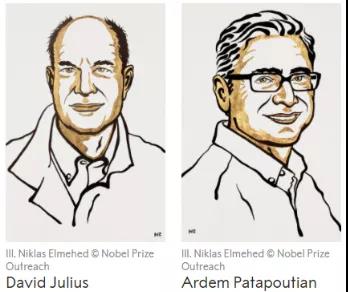 Our ability to perceive heat, cold, and touch is essential to survival and strengthens our interaction with the world around us. In daily life, we take these feelings for granted, but how are nerve impulses generated so that temperature and pressure can be sensed? This year’s Nobel Prize winner has solved this problem.

David Julius uses capsaicin (a pungent compound extracted from peppers that can produce a burning sensation) to identify the sensors on the nerve endings of the skin that respond to heat; Ardem Patapoutian uses pressure-sensitive cells to find a A new type of sensor that responds to mechanical stimuli from internal organs.

How do we perceive the world?

One of the biggest mysteries facing humans is how we perceive the environment. For thousands of years, our sensory mechanisms have been stimulating our curiosity. For example, how the eyes perceive light, how sound waves affect our inner ears, and how different compounds interact with the receptors in our nose and mouth to form smell and taste.

We also have other ways to perceive the world around us. Imagine walking barefoot across a lawn in the hot summer. You can feel the heat of the sun, the caress of the wind, and the grass blades under your feet. These impressions of temperature, touch and movement are essential for us to adapt to the ever-changing environment.

In the 17th century, the philosopher René Descartes envisioned the lines connecting different parts of the skin with the brain. In this way, when the foot hits an open flame, a mechanical signal is sent to the brain. Later discoveries revealed the existence of special sensory neurons, which record changes in our environment.

Joseph Erlanger and Herbert Gasser won the Nobel Prize in Physiology or Medicine in 1944 because they discovered that different types of sensory nerve fibers can respond to different stimuli . For example, the response to pain and non-pain touch. Since then, it has been proven that nerve cells are highly specialized, used to detect and transduce different types of stimuli, and allow subtle perception of our surrounding environment. For example, we have the ability to feel the difference in surface texture through our fingertips; we can also have the ability to distinguish between pleasant warmth and painful heat. 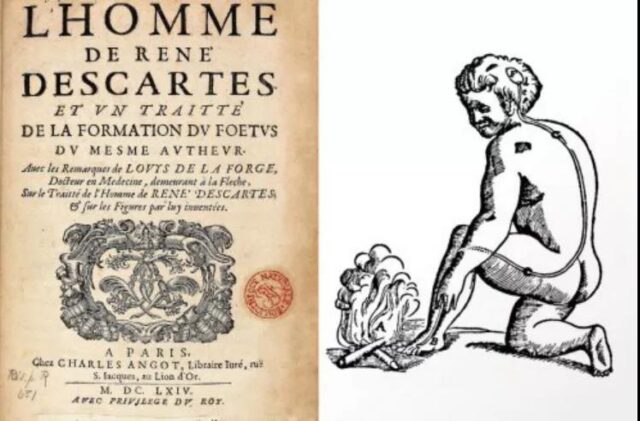 Before the discoveries of David Julius and Ardem Patapoutian, our understanding of how the nervous system perceives and interprets our environment still contained a fundamentally unsolved question: How do temperature and mechanical stimuli transform into electrical impulse signals in the nervous system?

The science heats up!

In the late 1990s, David Julius of the University of California, San Francisco made significant progress when analyzing how the chemical compound capsaicin caused us to burn when we were in contact with peppers. It has been known that capsaicin can activate nerve cells and cause pain, but how this chemical substance exerts this function is still an unsolved mystery.

They expressed these genes that normally do not respond to capsaicin in cultured cells. After arduous search, they found a gene that can make cells sensitive to capsaicin, that is, the capsaicin sensitive gene has been found!

Further experiments showed that the gene encodes a new ion channel protein, and this newly discovered capsaicin receptor was later named TRPV1. When Julius studied the ability of this protein to respond to heat, he realized that he had discovered a type of thermoreceptor, which was activated at a temperature that felt pain.

The discovery of TRPV1 is a major breakthrough, leading and unlocking the path of other temperature-sensitive receptor research. David Julius and Ardem Patapoutian independently used the chemical menthol to identify TRPM8, a receptor that has been shown to be activated by cold.

We also discovered ion channels related to TRPV1 and TRPM8, and found that they can be activated by a range of different temperatures. Many laboratories conduct research by using genetically manipulated mice lacking these newly discovered genes to study the role of these channels in heat sensation.

David Julius discovered that TRPV1 is a breakthrough, it allows us to understand how temperature differences induce electrical signals in the nervous system.

Although the mechanism of temperature perception is gradually unfolding, it is still unclear how mechanical stimuli translate into our sense of touch and pressure. Previously, researchers found mechanical sensors in bacteria, but in vertebrates, the underlying mechanism of touch remains unclear.

Ardem Patapoutian works at the Scripps Research Center in La Jolla, California, and he hopes to find elusive receptors activated by mechanical stimulation.

Patapoutian and his colleagues first discovered a cell line that emits a measurable electrical signal when a single cell is poked by a microtubule. They hypothesized that the receptor activated by mechanical force was an ion channel.

Subsequently, they screened and identified 72 candidate genes encoding possible receptors. By inactivating these genes one by one, the gene responsible for force sensitivity was discovered in the cell under study.

After arduous research, Patapoutian and his colleagues successfully identified a gene whose silence makes cells insensitive to microtubule pressure. People discovered a completely new and completely unknown force-sensitive ion channel and named it Piezo1, which is derived from the word pressure in Greek.

By comparing the similarity with Piezo1, people discovered the second gene and named it Piezo2. It was found that sensory neurons expressed high levels of Piezo2. Further research determined that Piezo1 and Piezo2 are ion channels that are directly activated by applying pressure to the cell membrane. 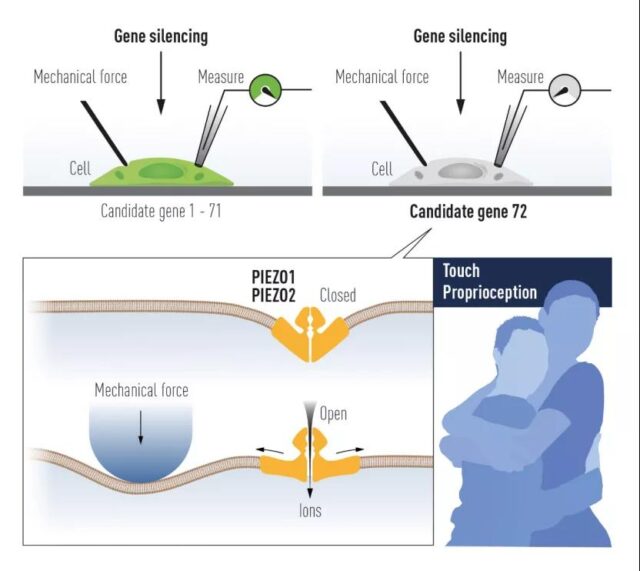 Patapoutian’s breakthrough prompted him and other teams to publish a series of papers proving that the Piezo2 ion channel is essential to the sense of touch.

In addition, Piezo1 has been shown to play a key role in important body position and motion perception, namely proprioception. In further research, Piezo1 and Piezo2 channels have been shown to regulate other important physiological processes, including blood pressure, breathing, and bladder control.

It all makes sense!

This year’s Nobel Prize winners’ breakthrough discoveries on TRPV1, TRPM8 and piezoelectric channels have given us an understanding of how heat, cold and mechanical forces trigger nerve impulses, allowing us to perceive and adapt to the world around us.

The TRP pathway is the core of our ability to perceive temperature; the Piezo2 pathway gives us the ability to sense touch and perceive the position and movement of body parts.

The TRP and Piezo pathways also contribute to many additional physiological functions, which are dependent on sensing temperature or mechanical stimuli.

The in-depth research on discoveries from this year’s Nobel Prize focused on elucidating their functions in various physiological processes, and this knowledge is being used to develop treatments for various diseases, including chronic pain. 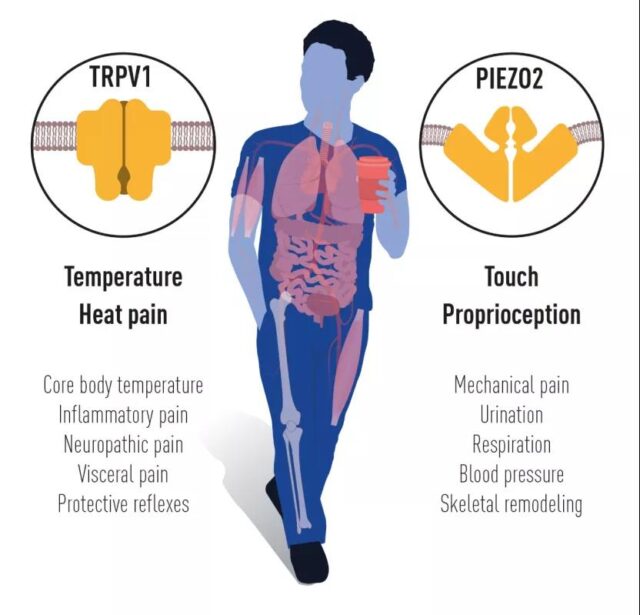 Ardem Patapoutian: Born in Beirut, Lebanon in 1967. When he was young, he moved from the war-torn Beirut to Los Angeles, and in 1996 he received a doctorate from the California Institute of Technology in Pasadena. He is a postdoctoral researcher at the University of California, San Francisco. Since 2000, he has worked at the Scripps Research Center, where he is now a professor. Since 2014, he has been a researcher at the Howard Hughes Medical Institute.