According to reports from Bloomberg and The Straits Times on the 10th, whether yoga pants and Air Jordans will appear under Christmas trees in Europe, America and other countries this Christmas may depend on the workers on the production line in Vietnam.

As the government lifted the anti-epidemic lockdown measures in Ho Chi Minh city and surrounding areas, workers flocked to flee the southern industrial zone where the COVID-19 epidemic was severe and returned to the countryside. The Vietnamese government predicts that the scale of the escape may exceed 2 million people. 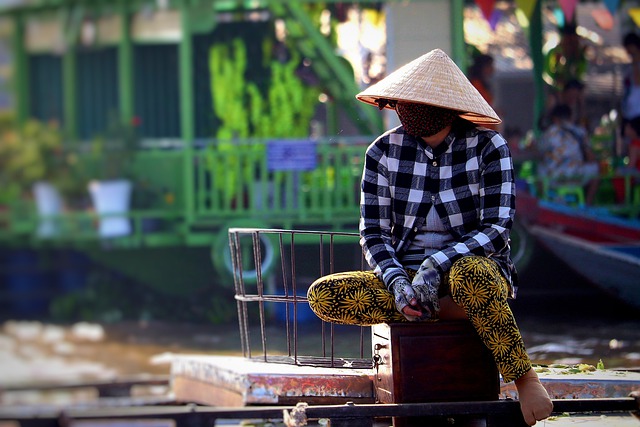 According to reports, Le THi My was one of those who fled. “We have almost nothing except fear,” she said, returning to her home near the Cambodian border after leaving Ho Chi Minh City. “We saw a lot of people around who died of the COVID-19.”

This season is usually the peak production period for winter clothing and Christmas gifts. The factories are severely short of workers. Workers on the assembly line are begged to return to work. The government provides transportation and the company also increases salaries and benefits, but with little success.

Many factories have slowed down or even closed production, leading to months of production interruptions for companies such as Nike, and exacerbating the already chaotic global supply chain.

BTIG analyst Camilo Lyon estimates that the number of shoes manufactured by Nike alone will be reduced by 180 million pairs. He said that Nike recently lowered its sales forecast, mainly because Vietnamese suppliers stopped production and no goods were available. “Everything is unknown. No one knows how fast or slow it will start to increase production.”

Although Vietnam is small, it plays an important role in the global consumer economy, covering almost everything from Wal-Mart, Adidas sports shoes to Samsung smartphones.

Lyon said that factory shutdowns may also affect technology companies such as Apple, and the shutdown of parts suppliers may cause Apple to experience an interruption in iPhone 13 delivery.

Last year, Vietnam was hailed as one of the few global success stories in the pandemic. This country of 96 million people recorded only 1465 infections and 35 deaths in 2020. Its economy grew by 2.9%, making it one of the few countries in Asia that experienced economic growth that year.

However, the infection rate surged in early July this year and has now accumulated more than 810,000 cases. Except for Myanmar, Vietnam’s vaccination rate is the worst in Southeast Asia, with only one-tenth of the population fully vaccinated.