According to a report by Bloomberg, a survey conducted at the end of 2020 showed that only 69% of Japanese want to be vaccinated against COVID-19, which is lower than 87% in India and 79% in the UK, or even 73% on average, showing that Japan There are many people who do not want to be vaccinated. So, what are the reasons for Japanese people who do not want to get a vaccine?

A Japanese uploaded a photo on Twitter. The outside of the car was covered with slogans against vaccines, saying “The scary thing is not the COVID-19 virus, but the vaccine!”, “Vaccines will affect the development of intelligence”, “Don’t Wear a mask!” Wait. 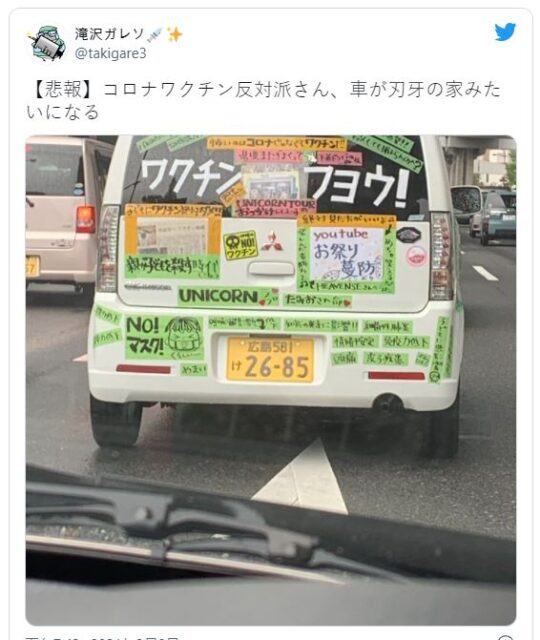 Some people have initiated a petition against vaccine passports and compulsory vaccination. Their reasons for opposing vaccines are as follows: the vaccine is still being tested, it may be dangerous in the future, the side effects of mRNA vaccines are still unknown to humans, not only cannot prevent severe illness, but also increase the number of deaths… etc.

Those who oppose vaccines in Japan, after sorting out, discuss roughly as follows:

The wave of opposition to vaccines can also be glimpsed from the book sales on Japan’s Amazon website. The book “The Horrible COVID-19 Vaccine: I Don’t Know It May Be Happier…” is the number one in the book category “Public Health” on Amazon. 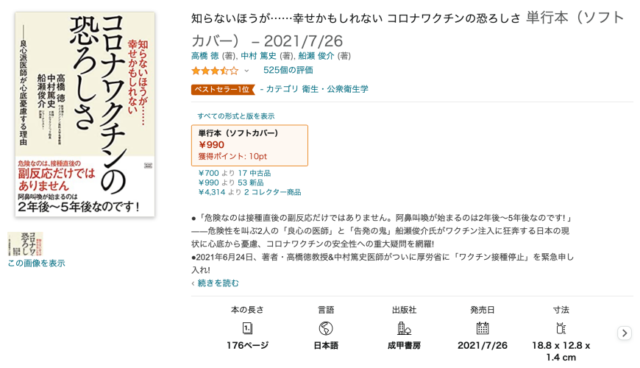 The book says “The most dangerous thing about the vaccine is not the side effects of the vaccine, but the side effects. Two to five years later, hell is waiting for you!”, one of the authors is a doctor of medicine graduated from Kobe University School of Medicine. The vaccine concepts or rumors mentioned in the book are circulated on the Japanese Internet.

Japan’s “vaccination incident” in the 1970s made Japan a backward country in vaccine manufacturing?

According to data from Japan’s “Tokyo Metropolitan Infectious Disease Information Center”, Japan began to improve its vaccination system due to the flu in 1957.

In 1962, in order to curb the collective spread of influenza, the group began to vaccinate elementary school to high school students.

However, because of the case reports of vaccine side effects, the media has gradually questioned the necessity of vaccine administration: the vaccine is considered to be ineffective and the side effects risk is greater.

According to the Asahi Shimbun’s “Renzuo” report, it can be seen that the negative reports on vaccines in the Japanese media have historical origins at least 50 years ago. The article mentioned: “The public has no doubts about vaccination.

However, the ineffectiveness of vaccines is an open secret among experts. There are serious side effects of vaccination. Exposing this incident through reports has changed the common sense of society.”

TBS NEWS’s COVID-19 vaccine invalid report is a video. 50 years ago and now, the media will report on the ineffectiveness of vaccines.

In addition to reports on the ineffectiveness of vaccines, the Japanese government lost the vaccination lawsuit. In 1976, Japan’s “Vaccination Law” was amended and a relief system was also established.

Mayuko Toyota, a former bureaucrat of the Japanese Ministry of Health, Labour and Welfare and a master of public health at Harvard University, pointed out in an article that not only the general public in Japan, but even medical staff have the impression that the vaccine is “not effective, with many terrible side effects”, which is deeply rooted in people’s hearts.

After the 1980s, Japan’s Ministry of Health, Labour and Welfare and vaccine manufacturers became more and more passive in vaccine development and vaccination, and the development of many new vaccines was therefore terminated.

Even in the 1990s, vaccines in various countries around the world were almost unrecognized by Japan. The backwardness of vaccine manufacturing in Japan has been greatly affected by past media reports and the loss of lawsuits.

In 2013, Japanese media reported on cervical cancer vaccine, which greatly reduced the rate of beating due to the influence of wind direction

Many people believe that the fact that the Japanese did not vaccinate is only related to the vaccine incident 50 years ago. But in fact, the voices against vaccines are not purely private. The best example is the HPV vaccine (cervical cancer vaccine).

Dr. Qiaohiro Kinoshita from the Harvard University Institute of Public Health wrote in a report in “Medical World News” that the Japanese government included the HPV vaccine in regular vaccination in 2013, but because of pain and savings after vaccination, newspapers and TV news Daily reports have caused the Ministry of Health, Labour and Welfare to suspend the promotion and promotion of HPV vaccination. This has a huge impact, reducing the original vaccination rate from 70% to 0.6%.

Because the country is not actively promoting it, many people don’t know that it can be vaccinated. About 2,800 people die of cervical cancer in Japan every year. Even in the future, only the Japanese may die because of the illness in the world.

In the film, the doctor mentioned that Japan is considered a backward country in vaccination, and the WHO even issued an official document asking what the Japanese government is doing.

If the Japanese people are generally unwilling to administer the vaccine, the HPV vaccine administration rate will not be 70% at the beginning.

▋What is the current vaccination rate in Japan? 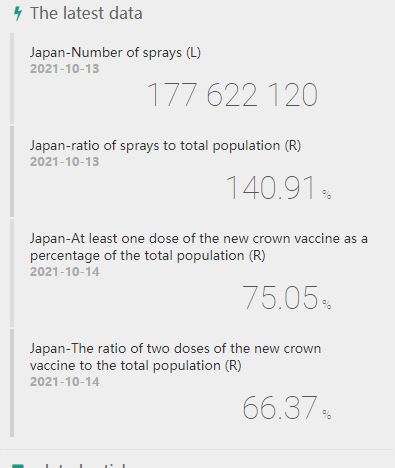 According to the data reported by “Bloomberg” in September, the percentage of Japanese people who are willing to try out the vaccine is about 69%, and then we can continue to observe whether the Japanese vaccine administration rate will slow down when it approaches 69%.