How to figure whether you should get a COVID-19 booster in U.S.?

How to figure whether you should get a COVID-19 booster in U.S.? Which vaccine should you choose?

1. Who is covered by booster shot in the United States now?

On October 21, the CDC officially recommended the booster shot of Moderna and Johnson & Johnson, and the applicable population is consistent with the scope of the previous FDA approval. For Moderna, like Pfizer’s booster shot, the interval is at least 6 months after the second dose.

Johnson & Johnson had no recommendation for immunosuppressed people before, and now it still does not add an additional injection, but instead covers it with an booster shot, which means that an booster shot is given two months apart.

Then, the booster shot allows mixed vaccination. For example, people who have been vaccinated with Johnson & Johnson can choose any vaccine if they meet the standards for booster shots, and they don’t have to be given another shot at Johnson & Johnson. The same is true for the vaccinators of mRNA vaccines. It’s not that those who receives Pfizer vaccine must receive Pfizer vaccine again. 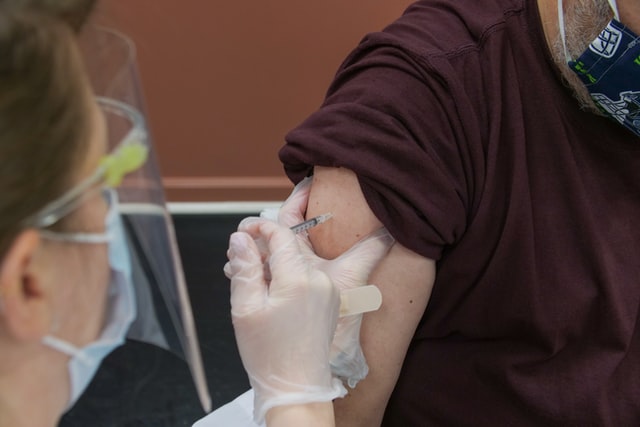 2. How to analyze whether you need an booster shot?

Now vaccination is indeed more complicated, especially the booster shot has many different situations. Let’s list a more appropriate thinking route based on whether a person considers whether or not to be vaccinated. The starting point of this route is to distinguish between the initial vaccination or the booster shot.

First of all, for the initial vaccination, the marketed vaccines, Pfizer, Moderna and Johnson & Johnson, are all suitable for adults over 18 years of age. Then for 12-17 year olds, there is only one vaccine in the United States-Pfizer has been approved.

Other countries have extended the interval for various reasons, and some seem to show that extending the interval will achieve a better immune response, but the results obtained in different studies are not very consistent.

The United States has not changed its policy to support the extension of the interval. Johnson & Johnson is still a one-shot vaccine, and the first vaccination is one shot. Some experts suggested that this vaccine should be changed to a two-dose type because the data of two doses of Johnson & Johnson was better than one dose.

The above initial vaccination is applicable to the general population. There is a special group of people-immunosuppressed people. This group includes people who have received organ transplants, cancer patients, autoimmune disease patients, and so on. The characteristic of these people is that their immune system is relatively weak.

Ordinary people can have a very good immune response by the same vaccination, but these people may not be able to. Therefore, for this population, the mRNA COVID-19 vaccine has an additional injection strategy, which is to give another injection at least 28 days after the two injections.

The additional shot should use the same vaccine as the first two shots as much as possible. The dose of the additional dose is the same as the initial dose.

For the two mRNA vaccines, what we are seeing now is that the ability to prevent infection has begun to decline. However, the protection against severe illnesses is still very well maintained. In the CDC tracking data, only some studies show a small decline starting from the age of 65. Perhaps the immune response of the elderly is not as good as that of the young, and the effectiveness is more likely to be affected.

Based on these studies, if the mRNA vaccine vaccinators are 65 years of age or older, or live in a special environment such as a nursing home, and 50-65 years old but have underlying diseases that increase the risk of severe illness after contracting the COVID-19, it is recommended to receive the second injection At least 6 months after the completion of the inoculation booster shot.

For other basic diseases or high risk of occupational infections, it is recommended to conduct a risk-benefit analysis based on individual circumstances to determine whether to inoculate the booster shots at least 6 months apart.

Why is there a risk-return analysis based on individual circumstances? Because these people have not seen a decline in the vaccine’s ability to protect against severe illness. The booster dose is for those who have already been vaccinated. Because of the previous vaccination, the risk of severe illness for these people is already very low, and the actual benefits of vaccination with the booster shot are no longer so obvious. Then, although the safety of the COVID-19 vaccine is very good, serious adverse reactions may still occur in rare cases. For example, in the second injection of mRNA vaccine, myocarditis or pericarditis may occur in rare cases. What I have seen so far is basically not serious, but this is still an adverse reaction.

But other situations are not so obvious, and you need to weigh them according to your personal circumstances. This is why some people are recommended, and some people ask for a personal balance of pros and cons.

3. Which vaccine to choose for booster shot?

Faucci said in an interview that the same vaccine should be given priority. This was also proposed at the CDC ACIP meeting. why? I think everyone here should pay attention to the completeness of the data, and the research on enhancing dose and mashing is relatively small. NIH’s research has only 50 people in each mixed combination, which is much less than the amount of data submitted by pharmaceutical companies to the FDA’s same vaccine booster. What we are talking about is that there is no problem with mixed vaccination, and it cannot be said that there is an advantage in mixed vaccination. This is determined by the amount of data.

But is there any situation where smashing should be prioritized? This is there. It is mainly based on the known safety and limited immunological data. In some cases, more consideration should be given to mixed vaccination. The most important one is the rare thrombosis of Johnson & Johnson, which occurs more frequently in young women.

If it is this group of people, the immunological data displayed by the mixed vaccination mRNA vaccine is relatively early, but it looks very good, even better than that of Johnson & Johnson. Combining these two, especially from a safety perspective, mixed vaccination can be given priority. However, you also need to consult the person in charge of vaccination.

If it is a young male, does the myocarditis caused by the mRNA vaccine need to be solved by mixing? This should take into account that myocarditis is not serious so far, and it is worth evading opinions. In particular, Johnson & Johnson also has a risk of Guillain-Barré syndrome, which needs to be taken into consideration.

Is there a better mixed vaccination option between Moderna and Pfizer? To be honest, there is no. Many people are staring at the results of NIH’s mashup research, watching the increase in the amount of increase for a while, and the number of antibodies in the end, and they have to see which one is better. In fact, it is unnecessary and useless, because the trial is not random, and the grouping is unbalanced.

The difference between the results of the two mRNA vaccines is very small. If you want to see these differences, you can only say that you are too turbulent. Moderna still uses 100 micrograms, and the actual booster shot is 50 micrograms. Even if your eyesight is particularly good, if you see the difference, you are mistaken.

Many people may feel that if there are several different non-mixing and mixed-vaccination options, it will be difficult to choose the best one. My suggestion is that in this case, you first think about the purpose of the booster dose, because the observed effectiveness has declined and you want to restore the effectiveness.

Mixing is allowed because mixing can also restore effectiveness. Note that this is recovery. Since they are all recovering, how to choose the so-called better? It is impossible now, so there is no need to be too entangled.

How to figure whether you should get a COVID-19 booster in U.S.?