Three shots of the COVID-19 vaccine are not enough, the US CDC says people with low immune function may need a fourth shot.

After more and more countries have launched the COVID-19 vaccine booster vaccination, the latest guidelines of the US Centers for Disease Control and Prevention show that people with moderate or severe immune function may also need a fourth shot of the COVID-19 vaccine. It is expected that the third shot will be completed. Six months later. US Disease Control recommends that this group of people discuss with their doctors whether it is necessary to do this. 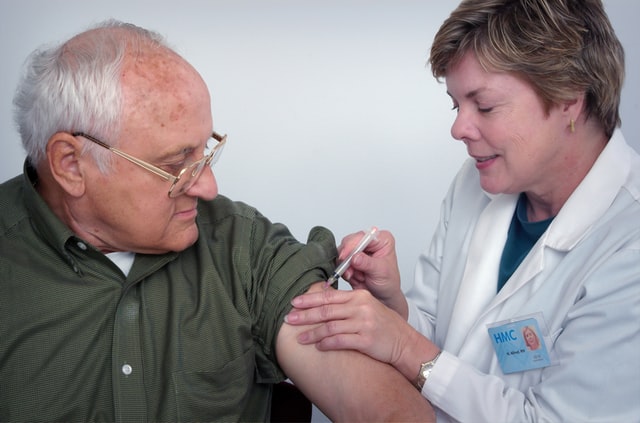 In the definition of Disease Control in the United States, persons with moderate or severe immunocompetence include patients who are being treated for leukemia or tumors, as well as recipients of organ transplants and those with advanced or untreated HIV infection. The U.S. Disease Control and Prevention estimates that approximately 9 million American residents belong to this group.

In August this year, CDC approved the third shot for immunocompromised people aged 18 and over. The agency emphasized that this is the third shot, not a booster-because the immune-compromised population may not have a complete immune response after the first two shots.

A study by Johns Hopkins University in the United States showed that compared with other vaccinators, people with weakened immune systems are 485 times more likely to be hospitalized or die due to infection with the COVID-19 after vaccination. The US CDC also stated that among the breakthrough cases that still require hospitalization after vaccination, patients with immunodeficiency account for about 44%. They are also more likely to transmit the virus to close contacts.

In the first half of this year, a large-scale vaccination was launched earlier and Israel, which was the first to provide the third booster shot, also had discussions about the fourth shot. Salman Zarka, the head of Israel’s national COVID-19 policy, said in early September: “Given that the virus already exists and will continue to exist, we still need to prepare for the fourth shot.” But he did not give a specific timetable.

Previously, Zarka also said that in order to deal with new variants of the new coronavirus and the reduction of antibodies, it may be vaccinated every five or six months or a year.

The Director-General of the Ministry of Health Nahiman Ash also stated that Israel is ensuring a sufficient supply of vaccines to cope with the fourth shot. As of mid-September, more than 3 million people in the country had been vaccinated with booster shots.

There is no research on the potential effects and side effects of the fourth shot vaccine. For the booster shots that have already started in many countries, the US CDC announced at the end of September that the side effects of booster shots are similar to those after the second shot. The most common symptoms are arm pain, fatigue and headaches. Pfizer announced the results of the third phase of the trial at the end of October that after the booster shot, the relative effective rate of the vaccine was 95.6%.