The most widely criticized aspect of traditional chemotherapy drugs is that while killing tumor cells, they also cause great damage to normal cells, causing serious side effects.

Therefore, when using it, it is often necessary to make a trade-off between “effective” and “toxic”. The significance of developing ADC is to maximize the clinical value of toxic chemical drugs.

In the vast majority of ADCs, toxic drugs are the protagonist of the killing function. In the early years, the development of ADC drugs selected relatively mild chemotherapeutics such as methotrexate, doxorubicin, and vinblastine, which were mostly used in clinical applications, when selecting toxic warheads. In clinical use, the expected anti-tumor activity cannot be achieved, and it is even lower than the efficacy of the chemotherapeutic drugs themselves.

The reason is not difficult to understand. The migration ability of large ADCs in the body is not as good as that of small molecules. After injection, the ADC enriched at the target site has a low dose. According to relevant research and analysis, only 0.1% can actually reach the tumor tissue. In addition, the cytotoxicity of the selected chemotherapy drugs is not strong enough, and the anti-tumor effect of this type of ADC in clinical use is greatly weakened. 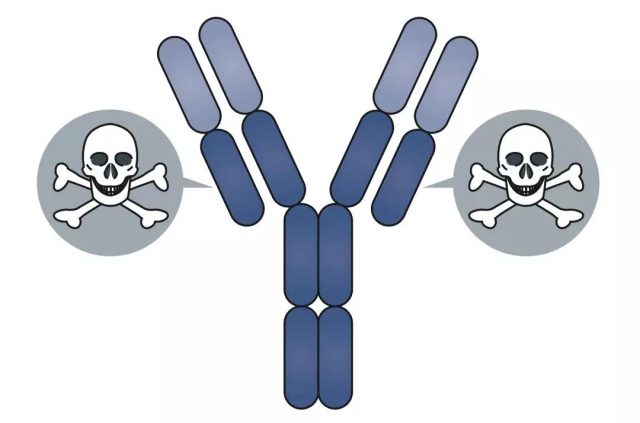 Subsequently, researchers searched for compounds from natural sources such as plants and microorganisms to find new and highly effective cytotoxic compounds with in vitro anti-tumor activity 100 to 1000 times higher than traditional chemotherapeutic drugs. In the past, these drugs were used alone due to lack of selectivity. Too much toxicity causes strong side effects, so its use in tumor treatment is greatly restricted.

But when these drugs are conjugated to antibodies, the toxicity of these powerful drugs is significantly reduced, and they are again useful.

Tubulin inhibitors represent the vast majority of “warheads” used in the development of ADC drugs so far. Such toxic warheads mainly include ostatins, maytansine and their derivatives.

Auristatins are a kind of depeptide derivatives isolated from the Indian Ocean censored sea hare. They mainly act on tubulin to inhibit tumor growth, and their activity is about 1000 times that of traditional chemotherapy drugs. . MMAE (Marigold E) and MMAF (Methyl Marigold F) are the two most commonly used auristatin compounds in ADC research and development.

There are currently five drugs on the market (Adcetris, Polivy, Padcev, Blenrep, Vidic Tulumab) uses MMAE/MMAF as the payload. There are more than 20 ADC drugs with Auristatin as the payload in clinical practice, accounting for more than 50% of the total ADC drugs under development.

Maytansine and its derivatives (maytansine)

Maytansine, as a type of cytotoxic molecule widely used in ADCs, was first isolated from maytansine in the Americas (1972). Although the toxicity is strong, the lack of selectivity for cancer cells caused serious side effects in early clinical trials and failed to get actual clinical applications.

Later, some medicinal chemistry researchers made artificial modifications to maytansine, and successively synthesized maytansine derivatives and used them as toxic warheads for ADCs. DM1 and DM4 are the two most commonly used maytansine derivatives in clinical applications. The ADC drug Kadcyla, developed using this toxoid, successfully expanded the indications of ADC from hematological tumors to solid tumors for the first time. Currently, about 20% of ADC drugs under research use maytansine as ADC drugs for cytotoxic drugs. 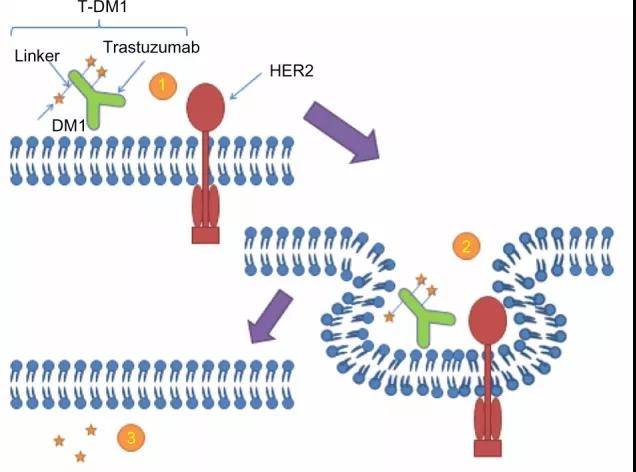 PBD is a class of antibacterial and antitumor compounds discovered as early as the 1960s. The PBDs discovered in the early days are mostly monomers, which bind to small grooves specific to DNA sequences.

Later, someone further explored and found that PBD dimer (PBD dimer consists of two PBD monomers) has a larger area of ​​interaction with DNA and can form two covalent bonds with guanine, which increases the selectivity of the sequence.

The activity of the dimer in a variety of tumor cell lines reaches the level of pmol/L. Since 2013, the characteristic of PBD dimer, which is highly effective on DNA, has gradually been used as a new type of ADC warhead molecule, second only to auristatins and maytansinoids. The toxic warhead used in the latest ADC drug Zynlonta approved by the FDA is of this type. 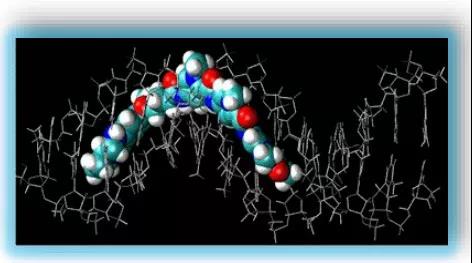 Camptothecin is an alkaloid isolated from the bark of Camptotheca acuminata in 1958. It inhibits DNA replication and transcription by acting on DNA topoisomerase, leading to tumor cell death. Although camptothecin itself has anti-tumor activity, it has many defects such as poor water solubility and large side effects.

In 1985, Hsiang of Johns Hopkins University and others had a unique mechanism of action on camptothecin (selective inhibition of DNA abnormalities). The report of constitutive enzyme I) made this kind of toxic drugs once again gain widespread attention.

At present, the two drugs Enhertu and Trodelvy that have been on the market use toxic warheads of this type, and dozens of ADC drugs with Dxd (DNA topoisomerase I inhibitor) as warheads are undergoing clinical trials.

Calicheamicin is a kind of anti-tumor antibiotic that acts on DNA. It is a fermentation product obtained from Micromonospora acnes in 1986, which can target DNA minor grooves, cause DNA double-strand breaks, and inhibit DNA synthesis. At present, the toxic drugs used in Mylotarg and Besponsa in ADC drugs approved by the FDA are of this type. 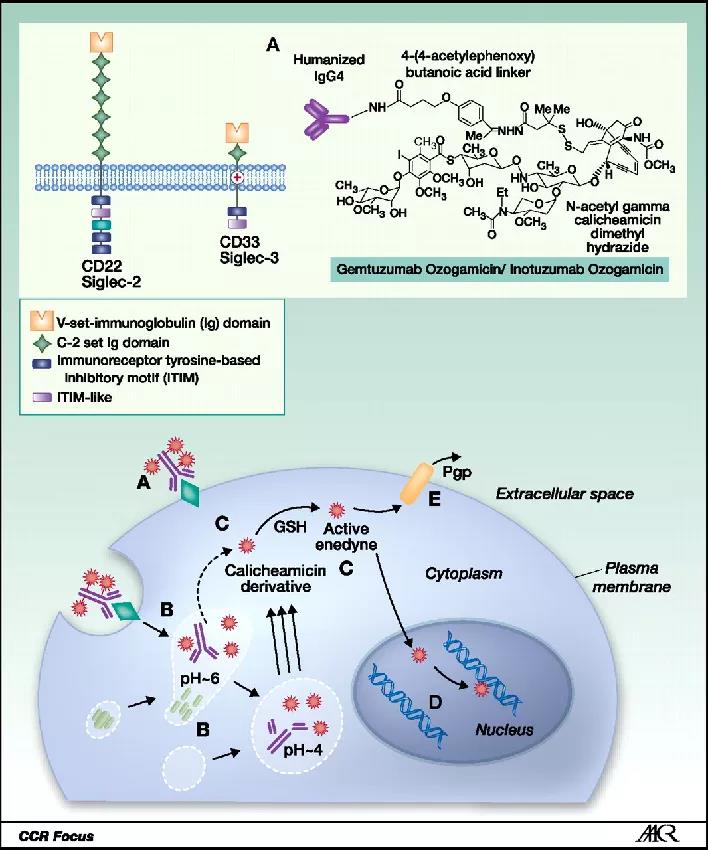 At present, there is still a gap between the limited choice of toxic warheads and the diversity of tumor cells. In addition, some tumors are not sensitive to ADC drugs.

Therefore, there is still a need for new toxic warheads with different mechanisms of action to meet the diverse needs.

With the rapid progress of ADC drug antibody engineering technology and coupling technology, more and more highly toxic drugs are expected to be used in ADC, and more new ADC drugs that are more efficient and safer are developed.