The number of new COVID-19 diagnoses in Japan plummeted to 200, researchers: the virus has mutated and caused self-death.

Recently, a recent study stated that one of the reasons may be that the virus has mutated toward “self-extinction”.

On September 28, the Japanese government announced a declaration on the complete lifting of the state of emergency from September 30. The fifth wave of the epidemic that began in July this year seems to have ended. 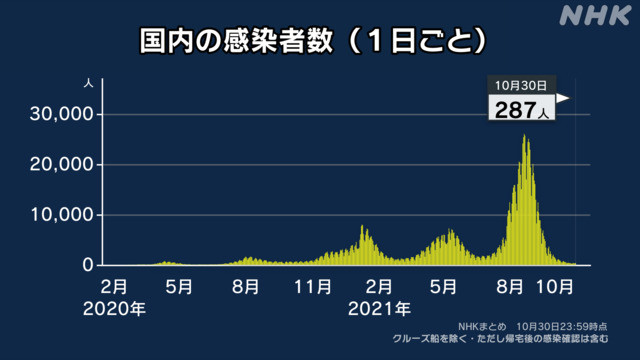 The change of new cases in Japan is from NHK

According to a report from Kyodo News on the 31st, the research team from Japan’s National Institute of Genetics and Niigata University recently published the latest research. Studies have found that in the genome of the delta mutant strain, an enzyme called “nsp14” has mutated, causing the virus to fail to complete its repair in time, leading to the virus’s self-extinction.

In the process of rapid virus replication and spread, the genome sometimes undergoes wrong mutations, which is also one of the main causes of disease. At this time, “nsp14” is generally responsible for repairing. However, if the repair is not timely and too many mutations are accumulated, the virus may not be able to reproduce. 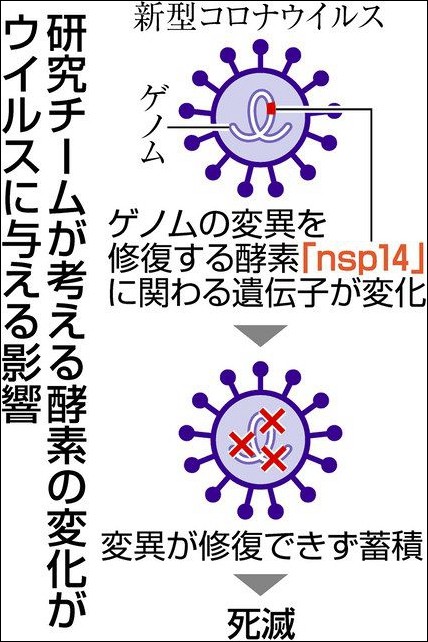 Studies have found that among viruses with mutations in “nsp14”, the gene mutation of the virus is 10 to 20 times higher than that of the general virus. Therefore, when the number of cases in Japan reached its peak in late August, the “nsp14” in the new coronavirus had already mutated.

In the fifth wave of the epidemic, the proportion of “nsp14” viruses that mutated continues to increase as the infection expands. During the period from before the peak of the number of cases to the time when the number of cases subsides, it accounts for almost all of the infected cases. And the third wave of the epidemic from last fall to March this year also has the same tendency.

Therefore, Professor Inoue Yoshiro of the National Institute of Genetics of Japan believes that the number of cases in Japan will decrease because the mutation of “nsp14” leads to the accumulation of false mutations in the genome, and ultimately leads to the self-extinction of the virus because it is too late to repair.

In addition, the research team speculated that an enzyme called “APOBEC” changed “nsp14”. It is said that in East Asia and Oceania, this enzyme is particularly active in many people.

This research was published in the Japanese Society of Human Genetics in October.

In addition to the Japanese team, the Yale University research team also found that “nsp14” has the activities of exoribonuclease (ExoN) and N7-methyltransferase (N7-methyltransferase, N7-MTase), which is indispensable for virus replication. Protein.

This article is an exclusive manuscript from Observer.com and may not be reproduced without authorization.