High oxaluria caused by obesity can cause kidney stones?

The mechanism of hyperoxaluria caused by obesity

Kidney stones are increasingly associated with obesity. In the past 30 years, with the prevalence of obesity and metabolic syndrome, urinary oxalate has increased significantly. However, the underlying pathophysiological mechanism of hyperoxaluria has not been fully explored.

This preclinical study shows that hyperoxaluria in obese patients depends on a complex inflammatory response associated with metabolic consequences. Future mechanisms and clinical studies must aim to clarify the pathogenesis of inflammation in hyperoxaluria caused by obesity. In recent decades, the prevalence of kidney stones has increased globally.

Kidney stones have been increasingly recognized as a systemic disease and are known to be associated with obesity and metabolic syndrome (MS). Calcium oxalate (CaOx) stones are the most common type of kidney stones in the United States and the world, and have been shown to occur in 70% to 80% of people with kidney stones.

Physically and chemically, CaOx is slightly soluble in aqueous solution at a concentration of about 57 μmol/l at pH 7.0. Given that the normal urine output is between 1 and 2 liters per day, the normal urine excretion is less than 450 μmol/d, so the normal urine CaOx will be supersaturated.

In order to clarify the importance of urinary oxalate in the formation of CaOx stones, Equil 2 software (University of Florida, Gainesville, Florida) was used to analyze the urinary stones of 667 CaOx stone patients using separately calculated CaOx urine relative supersaturation. The risk profile was retrospectively studied) and the theoretical curve of the relationship between urine CaOx relative supersaturation and urine CaOx concentration.

In this study, urine Ox was shown to be as effective as urine Ca in increasing urine CaOx supersaturation. In the past 3 years, as the prevalence of obesity/MS has increased, urinary Ox has increased significantly.

However, the exact underlying pathophysiological mechanism between obesity/MS and urinary Ox excretion has not been fully elucidated (Figure 1). 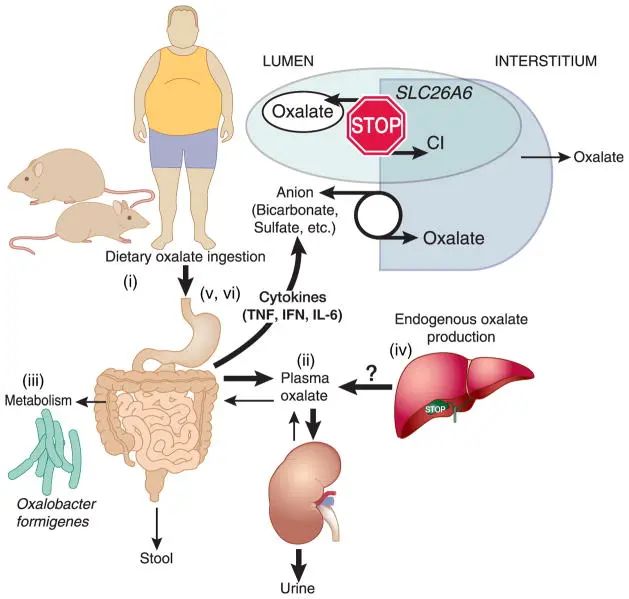 Figure 1: The underlying pathophysiological mechanism of hyperoxaluria caused by obesity

(i) increased dietary intake of oxalate;

(iii) changes in the intestinal microbiota lead to intestinal bacteria The metabolism of oxalate is reduced;

(iv) the liver produces too much endogenous oxalate;

(v) the circulation and intestinal pro-inflammatory cytokines are increased;

(i) Increased dietary ingestion of oxalate;

The main causes of hyperoxaluria can be divided into three categories:

(i) increased intake of oxalate-rich foods;

(iii) liver due to inborn errors in the production and metabolism of Ox Oxalate synthesis increases.

Amin et al. carefully analyzed the underlying mechanism of obesity-related hyperoxaluria in ob/ob (ob) mice. It has been found that the contribution of dietary oxalate to urinary oxalate excretion is close to 45%, which is much higher than previously defined.

In the study of Amin et al. (2018), in order to exclude the effects of improper diet, ob mice and the control group were fed in pairs. However, the urinary oxalate of ob mice was still significantly elevated, indicating that hyperoxaluria was not only due to increased oxalate consumption.

To further illustrate the role of intestinal oxalate absorption, an additional study was performed in ob mice after 4 days of equilibrium with an oxalate-free diet, comparing them with lean control mice. This operation further improved the hyperoxaluria of ob mice, but the urine oxalate of ob mice was still significantly higher than that of control littermate mice.

The above experiment supports the idea that the increase in net oxalate absorbed by the intestine may play a key role in obesity-related hyperoxaluria in the ob mouse model. An in vitro study on jejunum tissue using the Ussing room provided supporting evidence, which showed that ob mice had defective oxalate secretion compared to the control group.

Given that the putative anion exchange transporter Slc26a6 (A6) is expressed in the apical part of each segment of the small intestine, to some extent, in the large intestine, Amin et al. found that the jejunum levels of SLC26A6 mRNA and protein were significantly lower than in ob mice.

In the control group. The conclusion is that A6 may play a key role in the intestinal oxalate secretion defect of ob mice. The intestinal segment was selected based on the discovery of inflammation of the jejunal wall and the high expression of A6 in the jejunum and duodenum of ob and db (leptin receptor-deficient) mice.

In humans, the exact intestinal absorption involved in oxalate has not been determined. Based on circumstantial evidence, it has been suggested that the transit time from the stomach to the colon is about 5 When it is small, most of the oxalate absorption occurs in most areas of the small intestine.

The contribution of the colon to oxalate absorption has been shown to occur, but to a lesser extent. In addition, only one case of celiac disease in a subject with hyperoxaluria and chronic kidney disease tested the role of A6 in intestinal oxalate absorption.

In this case, the small intestine A6 apical expression showed a significant decrease compared with control subjects. The results showed that the decreased expression of A6 was the cause of the subject’s hyperoxaluria.

Obesity has been identified as a chronic, systemic inflammatory disease, which is associated with higher systemic and small intestinal levels of different inflammatory cytokines in ob and db mice. The pathogenic role of systemic and/or small bowel inflammation in CaOx kidney stones was first supported.

To demonstrate this protocol, human intestinal epithelial colorectal adenocarcinoma (Caco2-BBE [C2]) cells were used to measure oxalate uptake, and the results showed that TNF, IFN, and IL-6 specifically and significantly inhibited the cell line The intake of C-oxalate.

It was found that the inhibitory effect of pro-inflammatory cytokines on oxalate transport in C2 cells was related to the decrease of A6 mRNA and total protein expression. However, the use of this cell model does not support the contribution of oxalate secretion, as it only measures unidirectional oxalate absorption.

Previous studies have shown that in obese subjects, Oxalobacter formigenes changes the colonization of the gut microbiota. O formigenes has been shown to degrade intestinal lumen oxalate, attach to intestinal mucosal cells and stimulate the net secretion of intestinal oxalate.

In addition, a cross-sectional study of human subjects showed that O formigenes colonization in patients with recurrent CaOx stones was significantly lower than in normal subjects. However, in another study, CaOx stone formers who tested negative for O forigenes had higher urinary oxalate excretion than O forigenes positive patients who controlled their diet.

This finding supports the reduced oxalate secretion in O forigenes-negative CaOx kidney stone formers. The importance of the effects of O forigenes cannot be examined in laboratory mice, as they are usually found to be negative for O forigenes.

However, the underlying mechanism between obesity/MS and calcium oxalate kidney stone disease, especially its link to inflammation, has not been fully studied. In the past few decades, no new drugs have been developed to treat CaOx kidney stone formation. The results of preclinical studies indicate that hyperoxaluria in obesity/MS depends on a comprehensive network of inflammation as a metabolic response.

As the pathogenesis is unraveling, inflammation has been identified as a key process, so drugs targeting this mechanism must be studied in clinical trials. From this study, one might infer that drugs that inhibit inflammatory signaling and improve insulin resistance should be tested in this population.

In addition, it remains to be determined whether the use of probiotics to directly manipulate the intestinal microbiota, drugs that stimulate A6 up-regulation of intestinal oxalic acid secretion, provide O-forming enzyme products to permanently degrade oxalic acid, or secrete and provide engineered bacteria can become useful in the future Target.