In 1771, German physician Hieronymus David Gaubius promoted a “promising drug”-zinc to the Western scientific community. When Gaubius first got the “secret recipe,” zinc was mainly sold by alchemists to treat severe cramps. However, when Gaubius got the powdered version, he discovered that it was nothing more than zinc oxide.

It was not until the 1960s that zinc regained attention and became a potential treatment for congenital zinc deficiency and a rare genetic disease (Wilson’s disease), which causes the accumulation of copper in vital organs. As an anti-copper agent, zinc has proven to be a very effective treatment for this neurological disease. 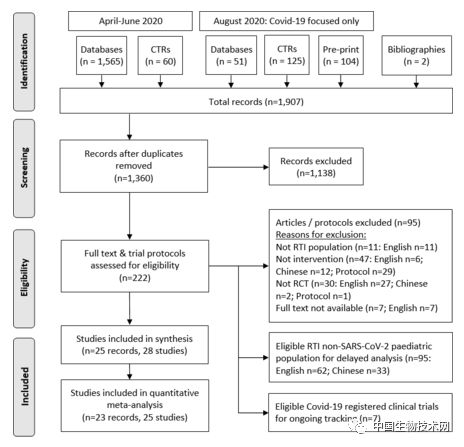 Now, we all know that zinc is an essential trace element for the human body and is related to many physiological functions, including participation in immune function and the synthesis of various enzymes in the body, promoting the development of sexual organs, and maintaining normal taste and appetite.

Zinc deficiency may cause anorexia, oral ulcers, night blindness, and primary male infertility. Usually, we can get zinc from our daily diet. If taken as a supplement, this over -the-counter medicine is also extremely easy to obtain.

However, it is generally believed that the role of zinc supplementation in preventing and treating infections is only applicable to people with zinc deficiency.

Recently, a study published in “BMJ Open” under the British Medical Journal challenged the prevailing view. An international research team led by the University of Sydney conducted a meta-analysis of 28 randomized controlled trials and evaluated the effects of zinc supplementation on prevention or The benefits and risks of treating acute viral respiratory infections in adults in a wider population.

Acute viral respiratory infections occur from time to time, and most of them occur in the community. The clinical manifestations range from mild colds to more serious diseases such as viral pneumonia and severe acute respiratory syndrome.

With the exception of influenza and COVID-19 vaccination, the options for preventing and treating acute viral respiratory infections are limited. Some health guidelines recommend the use of zinc.

However, the systematic review evidence on zinc is limited, the existing studies on the route of administration and formulation differences have not yet reached a consensus conclusion, and so far there has not been a detailed investigation of the dosage, formulation and prescription.

In this new study, the researchers included 28 randomized controlled trials involving 5446 participants into the systematic analysis.

Among them, two large-scale trials using zinc as the prevention of acute viral respiratory infections from China found that extremely low-dose zinc nasal sprays can reduce the risk of clinical disease. Two smaller clinical trials from the United States evaluated the preventive effects of oral zinc.

These trials have excluded people with zinc deficiency, and other trials evaluating zinc for the treatment of the common cold have also been conducted in people who are unlikely to be zinc-deficient.

When zinc is used to treat mild to moderate acute viral infections, new evidence found that compared with placebo, the severity of symptoms on day 3 was clinically significantly reduced, but the average daily symptom severity score was not No reduction.

In other words, taking zinc by mouth can shorten the most severe symptoms by about two days. This is an unobtrusive effect, especially when the overall symptoms are still severe. More importantly, if they are infected with a cold virus, zinc cannot prevent them from contracting the disease.

This systematic review and meta-analysis proposes the role of zinc in reducing the symptoms of acute viral respiratory infections in adults without zinc deficiency. But the researchers also cautioned that some of these studies were small and did not compare the same doses, and there may be deviations in the symptom reports.

In addition, although these findings are interesting, they do not tell us exactly how zinc inhibits viral infections such as colds.

Not only that, zinc seems to be used in fighting the new coronavirus infection. Some health guidelines recommend that people who suffer from lower respiratory tract infections take zinc by mouth.

Although the results of some randomized controlled trials have not yet been announced, some medical staff have begun to use zinc as a treatment for COVID-19 pneumonia.

If the patient is screened correctly and the dose is not too high, the risk of using zinc will be low (excessive zinc levels can affect calcium absorption). Unless there is a disease that causes zinc to penetrate into the brain, a patient’s zinc supplementation will hardly cause serious health effects.

However, some doses of zinc can cause some less serious side effects, such as nausea, or loss of smell like using too much zinc nasal spray. In general, researchers still don’t know what is the best dosage or way of using zinc.

Study lead author Jennifer Hunter, PhD of Integrative Medicine at Western Sydney University, said: “Clinicians and consumers need to be aware that there are still considerable uncertainties in the clinical efficacy of different zinc supplement formulations, dosages and routes of administration.

There is not enough research to show which of the zinc nasal sprays, nasal gels, lozenges, and oral zinc are better or worse. Most trials use zinc gluconate or zinc acetate formulations, but this does not mean Other zinc compounds are less effective.”

The researchers said that more research in this area is needed.