The former British Prime Minister denounced the inequality of vaccine distribution: when developed countries dominate vaccines, it is not surprising that new mutations appear.

Recently, the emergence and continued spread of a new variant of the new coronavirus “Omicron” strain has once again aroused calls for the realization of a fair global distribution of COVID-19 vaccines.

Gordon Brown, the WHO Global Health Funding Ambassador and former British Prime Minister, also stated in an article published on the website of the British “Guardian” that while Western developed countries are destroying excess vaccines, the world’s poorest countries But there is no vaccine. This must be changed.

Brown said: “Despite repeated warnings from health officials, we have not been able to deliver vaccines to people in developing countries… We were warned in advance, but we are still in the present situation. Due to the lack of large-scale vaccination. , The new coronavirus is not only raging among unprotected people, but also constantly mutating. New variants appear in the poorest countries, and it is now possible to spread among fully vaccinated people in the richest countries in the world.”

Africa has reason to be angry

Brown pointed out in the article that 9.1 billion doses of vaccines have been produced, and it is expected to reach 12 billion doses by the end of this year-enough to vaccinate the world.

Brown said: “The entire African continent has reason to be angry, because their vaccination efforts have been blocked by the European Union’s neo-colonialism for several months.  The vaccine gap is widening rapidly. The European Union still dominates the single-dose vaccines produced by Johnson & Johnson in South Africa and transports them from Africa to Europe.”

British Prime Minister Boris Johnson promised in June that the Group of Seven (G7) would use their country’s remaining vaccines to vaccinate the world.

US President Biden also announced in September a plan to complete 40% vaccination for 92 poorest countries in December this year, but two and a half months have passed, and the possibility of at least 82 countries achieving this goal is extremely slim.

As of November 25, the United States has delivered only 25% of the vaccine promised.

The data of the European Union, Australia, the United Kingdom, and Canada are embarrassing. Data from the British medical research company Airfinity shows that the proportions of the above-mentioned countries are 19%, 18%, 11% and 5%, respectively.

Brown pointed out that only 3% of the population in low-income countries are fully vaccinated, which is more than 60% in both high-income and upper-middle-income countries.

He believes that the unequal distribution of vaccines is the main reason. “The problem is not in production, but in unfair distribution.   The richest countries in the G20 monopolize 89% of vaccines, and 71% of vaccines will be delivered in the future. Into their hands.” 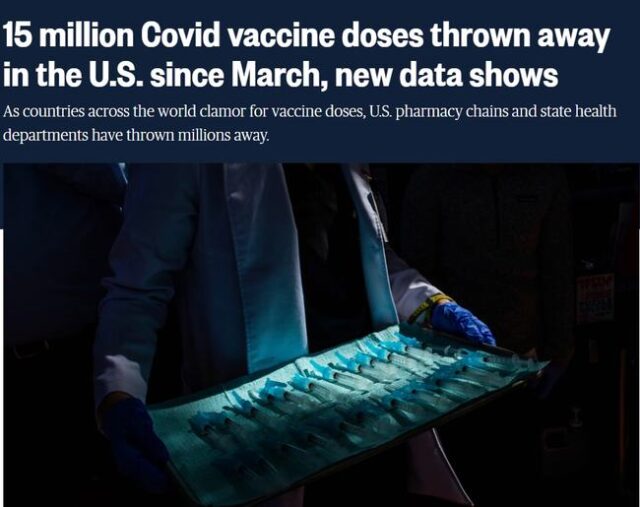 Vaccine waste is even more terrible. According to data from the COVID-19 Pneumonia Vaccine Implementation Plan (Covax), about 100 million doses of vaccines in Western countries expire in December, which is a huge waste. Brown believes that “while vaccines are destroyed, lives are lost due to lack of vaccines.” “Only when we reject vaccine nationalism and medical protectionism can we stop the spread of the epidemic.”