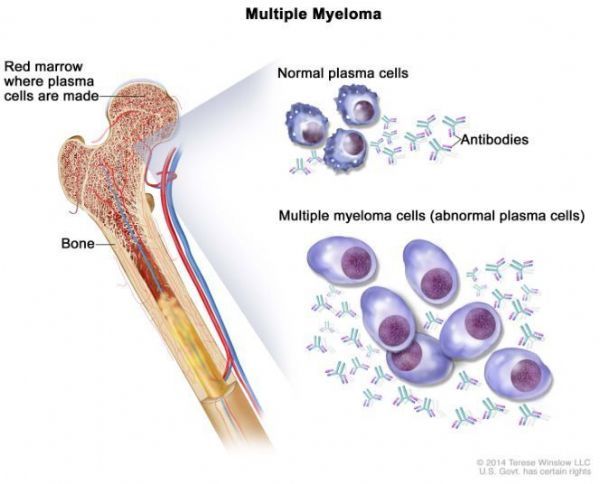 Darzalex Faspro is a subcutaneous injection (SC) preparation of Darzalex Faspro (Darzalex, Zhaoke®). Darzalex is the world’s first CD38-mediated, cytolytic antibody drug, and the first monoclonal antibody drug approved by the US FDA for the treatment of multiple myeloma (MM).

Its intravenous preparation (IV) was launched in 2015. It has become the backbone therapy for clinical treatment of MM and is widely used in first-line, second-line and multi-line treatment.

This approval also marks the 9th indication for Darzalex Faspro .

It is worth mentioning that Darzalex Faspro is currently the first and only subcutaneous injection of anti-CD38 monoclonal antibody drug approved for the treatment of multiple myeloma (MM) in combination with a series of standard treatment regimens.

Darzalex Faspro is administered in a fixed dose by subcutaneous injection, which only takes 3-5 minutes to complete.

Compared with intravenous (IV) Darzalex+Kd regimen, the administration time of subcutaneous (SC) Darzalex Faspro+Kd regimen is greatly shortened, which will provide R/R MM patients with further options and treatment convenience, and will greatly Reduce the burden of disease management.

This approval is based on the support of the ongoing Phase 2 non-random open label multicenter PLEIADES trial. The trial evaluated the clinical benefits of Darzalex Faspro in combination with 4 standard care treatments in patients with MM.

The updated data of the study has been announced at the 2020 American Society of Hematology (ASH) annual meeting.

The results of the CANDOR study support the first regulatory approval for the combination of anti-CD38 monoclonal antibody and Kyprolis.

The PLEIADES study reached the primary endpoint, showing that the Darzalex Faspro+Kd regimen had an overall response rate (ORR) of 84.8% , and 77.3% of patients achieved a very good partial response (VGPR) or better response.

Although some patients with MM have no symptoms, most patients are diagnosed because of related symptoms.

Darzalex was first approved for marketing in November 2015.

The drug is the first CD38-mediated, cytolytic antibody drug approved in the world. It has broad-spectrum killing activity and can be targeted.

Combining with the transmembrane extracellular enzyme CD38 molecule highly expressed on the surface of multiple myeloma and a variety of solid tumor cells, it induces the rapid death of tumor cells through a variety of immune-mediated mechanisms, including complementary dependent cytotoxicity (CDC) , Antibody-dependent cell-mediated cytotoxicity (ADCC) and antibody-dependent cellular phagocytosis (ADCP) and through apoptosis (apoptosis).

In addition, Darzalex has also been shown to be able to target immunosuppressive cells in the tumor microenvironment to exhibit immunomodulatory activity.

Kyprolis was first approved for marketing in July 2012. The drug is an intravenously administered irreversible proteasome inhibitor.

The proteasome plays an important role in cell function and growth, degrading damaged or no longer needed proteins. Kyprolis has been shown to block the proteasome, causing excessive accumulation of proteins in the cell. In some cells, Kyprolis can cause cell death, especially multiple myeloma cells, because such cells are more likely to contain higher amounts of abnormal proteins.

Currently, Darzalex and Kyprolis have become important basic therapies for the treatment of multiple myeloma (MM) .