At the forefront of new drugs, looking back at the biopharmaceutical industry in 2021, there are many hot spots that have attracted attention.

Looking forward to 2022, these hot spots will continue or usher in key nodes. 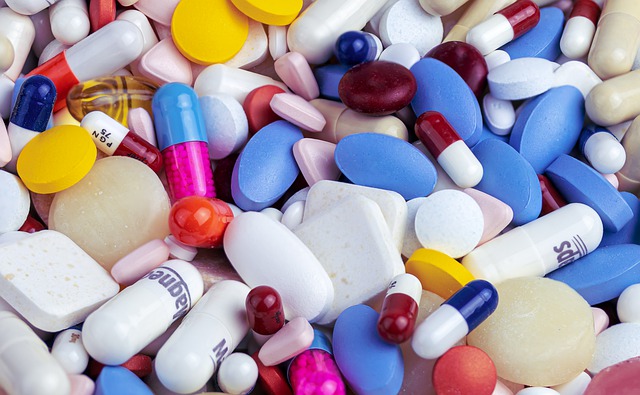 Genentech, a Roche subsidiary , discovered and verified Tigit in 2002 , and is currently a leader in research on this target. Tiragolumab ‘s impressive Phase 2 clinical trial data is the envy of its peers.

Tigit attracts including Merck, BMS , Gilead, Novartis, GSK or independent development, or acquisition / licensing transactions, the degree of competition will not lose PD-(L)1 in the future .

Roche Tiragolumab ‘s late research data will be announced, and the industry and competitors will pay special attention. At the same time, whether small followers of Tigit target will become the next target of the giant’s transaction is also worthy of attention.

As a competitor of Amgen , Mirati has experienced an ups and downs journey, adagrasib will break through in 2022 . Amgen’s sotorasib is undergoing a dose optimization study.

Whether adagrasib will face higher approval standards is still unclear . adagrasib is considered to have more market prospects than sotorasib , and now it seems that obtaining FDA approval is the key.

Due to the potential advantages in adverse reactions, drug resistance, and regulation of “unable to drug” targets, targeted protein degradation agents represent a new treatment method.

The technology continues to mature, and the current biopharmaceutical industry is increasingly interested in protein degradants. In 2022 , with the deepening of clinical trials of protein degrading agents, it may become a new territory for large pharmaceutical companies to compete for.

Although these gene therapies are promising, the FDA has raised safety issues ranging from liver toxicity to kidney damage to neuronal loss.

As gene therapy enters the market and patients die frequently in early clinical trials, these problems have long been noticed by regulatory agencies.

People from Astell to Adverum are all encountering similar problems.

However, this has not stopped the enthusiasm for gene therapy.

The analysis of gene therapies in current clinical trials reveals the depth and breadth of the R&D pipeline, ranging from a large number of extremely rare diseases, such as GM1 gangliosidosis and Sanfilippo syndrome type A , to more common diseases, including Parkinson’s disease And wet AMD .

Lysosomal storage disease is an important area of ​​concern. Ophthalmic diseases and neurological diseases are the most interesting areas for manufacturers.

05. Car-T: The track starts to be crowded

In the fierce competition of CAR-T cell therapy, there has also been a serious problem of target homogeneity.

For example, the research on CAR-T cell therapy for the popular CD19 target has a relatively small patient base and a limited therapeutic market.

It will undoubtedly be very difficult for companies to enter the market in the future. In addition, the high pricing of such products has been controversial.

How to convert high-tech products into high market value still has a long way to go for domestic enterprises.

As Jak inhibitors have repeatedly reported safety issues, regulatory agencies have become more cautious in the extension of indications for these drugs and the review of new drug applications: new black boxes, delayed review and approval have become the norm.

Bristol-Myers Squibb’s Tyk 2 inhibitor deucravacitinib has entered the market application in the United States and Europe at the same time. It is expected to be approved in the third and fourth quarters, and is expected to become the first approved Tyk2 inhibitor. As a member of the Jak family, whether Tyk2 will repeat the safety of Jak inhibitors is worth looking forward to.

07 RSV: A new battlefield for vaccines

COVID-19 vaccines bring in huge profits for the pharmaceutical giants such as Pfizer, and Pfizer is expected to make the company’s revenue in 2022 climbed the years 1013 billion dollars peak.

The next new vaccine battlefield will be the field of respiratory syncytial virus (RSV) vaccines involving GlaxoSmithKline , Pfizer and Johnson & Johnson .

2022 should be an important year for the release of the results of late-stage clinical trials. At the same time, Moderna and Sanofi are also chasers in this field.

In the crowded PD-(L)1 market at home and abroad , latecomers have no way out. The fierce price war has made a variety of domestically produced PD-(L)1 go overseas through cooperation.

The world’s first subcutaneous PD-L1 inhibitor Envolimab injection is on the market, looking for opportunities for “dislocation competition”.

to obtain FDA variety of domestic acceptance of PD- (L) 1 can successfully approved, become the cornerstone of its product quality testing and clinical trial data, but also to open a domestic hot research in bio-medicine to enter the international market window.

At the same time, Envolimab injection will also become a verifier of whether the convenience of subcutaneous delivery can promote sales.

The approval of Aduhelm has strengthened the determination of other developers with similar drugs, and they have promoted their respective drug application and approval plans. The data vital to these projects will also be announced in 2022 . Eli Lilly’s donanemab and Bojian / Eisai’s lecanemab have submitted a rolling submission of a Biological License Application (BLA) to the FDA , and Roche’s gantenerumab is also undergoing phase 3 trials. Whether these drugs can be approved has become a hot potato for testing regulatory agencies.

investment in new drug development is inseparable from the capital biopharmaceutical field, but the intervention of capital and lead to the biopharmaceutical industry and procurement and project licensing transaction costs rising.

Although M&A activities in the biopharmaceutical industry will be slightly calmer in 2021 .

However, judging from the large transactions in the last month, the enthusiasm for mergers and acquisitions by pharmaceutical companies seems to be rekindled.

With the divestiture of non-core assets of large pharmaceutical companies, ample cash for vaccines, and a growing desire for innovation, it is expected that the enthusiasm for M&A transactions in 2022 will rebound.