News! U.S. media: The US has over a million new confirmed cases in a single day, setting a new global record.

Bloomberg in the United States just reported a piece of “terrible news”: on January 3, local time in the United States, there were more than one million new confirmed cases of COVID-19. According to Bloomberg, this number has created a new global single-day record. 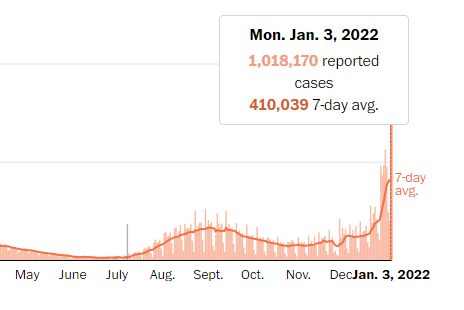 The report mentioned that the number of new cases in a single day on January 3 was almost double the new record set just four days ago (590,000 cases).

Bloomberg said that while the United States announced this alarming number, many Americans are still relying on tests they conduct at home, and these test results will not be reported to official government agencies. According to reports, this means that the new record must be seriously underestimated.