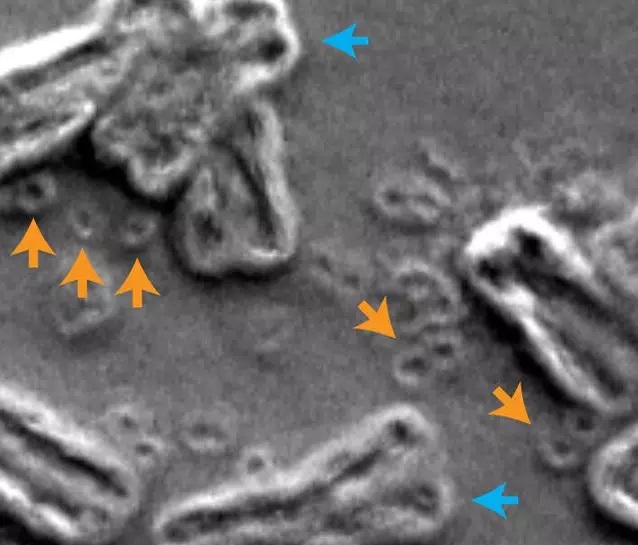 On November 20,  a new study published in “Nature” found that a large number of “doughnut”-like circular extrachromosomal DNA (EcDNA) were found in human tumor cells, which changed cancer-related genes The expression mode of, thereby promoting the invasiveness of cancer cells, and playing a key role in the rapid evolution of tumors and the ability to resist threats (such as chemotherapy, radiotherapy and other treatments).

The research is a breakthrough made by a joint research team composed of the University of California, San Diego (UCSD), UCSD Ludwig Cancer Institute, Stanford University and the Howard Hughes Medical Institute on the basis of previous enlightening work. Research.

The shape of cancer ecDNA is different from normal DNA, which has a great impact on our understanding of cancer biology and clinical effects. Has a very important meaning.

Human DNA usually forms a long, twisted double helix structure, in which about 3 billion base pairs form 23 pairs of chromosomes, and miraculously squeezed into the nucleus of each cell with an average diameter of only 6 microns.

All the DNA in a cell nucleus is connected end to end and can reach about 6 feet (1.8 meters) when unfolded.

The combined length of all the DNA in a human body exceeds 7 billion feet, which is about twice the diameter of the solar system.

In humans and other eukaryotes, normal DNA is tightly wrapped in a cluster of protein complexes called histone octamers to form the nucleus.

In order to read the genetic instructions of DNA, cells rely on enzymes and complex machinery to cut and move the fragments, only a part of it can be read at a time, just like reading a half-opened scroll.

But the research team reported that cancer cells have some similarities with bacteria because bacteria contain circular DNA that is usually easier to obtain.

In order to study how the shape of ecDNA affects its function, the research team developed a circular map of carcinogenic extrachromosomal DNA based on topography.

They found that although the circular ecDNA in cancer is wrapped around the protein core, it is highly accessible, which provides more access points for the rapid transcription and expression of genetic information.

This feature allows tumor cells to produce a large number of oncogenes that promote growth, they evolve more rapidly, and respond more powerfully to their changing environment and potential threats. Mischel said: “By proving that ecDNA is circular and then elucidating its epigenetic organization, we proved something very powerful. This unique shape of human cancer cells is very different from normal human DNA. It is indeed twisted. The three-dimensional organization of cancer genomes and epigenomes has brought a new dawn, which provides a structural basis for understanding why certain tumor cells are so aggressive.”

This new study is based on a study published by the team in Nature in 2017. The study showed that short circular DNA fragments encoding oncogenes are much more common than previously thought: they are found in nearly half of all human cancers. Found, but it is rare in normal cells, so it may play a role in tumor evolution and resistance to chemotherapy.

Usually, extrachromosomal DNA is considered rare, but in a 2014 paper Mischel and colleagues found that ecDNA is involved in the drug resistance of certain brain cancers by rapidly changing the number of oncogenes contained in tumors. Plays a central role, and can also determine whether a cell will transform into a cancer cell. This discovery surprised cancer biologists, who have long focused more on which genes promote cancer, rather than where these genes are located.

This latest discovery dramatically emphasizes that cancer cells do not follow the same biological rules as eukaryotic cells: they do not divide into genetically identical daughter cells (this process is called mitosis, which is the same for all eukaryotes).

Splitting into pairs of chromosomes) to pass DNA to offspring, but similar to bacteria, by assigning ecDNA to daughter cells seemingly randomly, it provides a mechanism through which certain daughter cells can be Get multiple copies of cancer during cell division. This is a completely different genetic process that can achieve faster evolution and genetic changes.

In this research, the research team used a series of advanced technologies, such as ultrastructure electron microscopy, remote optical mapping, and computational analysis of whole-genome sequencing. Dr. Vineet Bafna, a computer science and engineering professor at UCSD Jacobs School of Engineering, the co-corresponding author of the study, said: “We have used a large number of customized sequence analysis tools, including the use of whole-genome sequencing and optical atlas to reconstruct ecDNA structures.

The reconstructed structure is used as a framework to layer epigenetic data and analyze the differences between intrachromosomal and extrachromosomal DNA.”