Pfizer, GlaxoSmithKline and Teva lead the rise in prices of more than 400 drugs in 2022.

Within one week of the new calendar in 2022, major pharmaceutical companies quickly implemented price increases on more than 400 drugs.

According to research firm 46brooklyn, prices of 460 different drugs have increased in January this year.

GoodRX, a prescription drug price comparison platform, also reported that major drugmakers have increased the prices of 434 brand-name drugs by an average of 5.2%.

Among them, the three representative companies that have increased significantly are Pfizer, GlaxoSmithKline and Texan. watt. 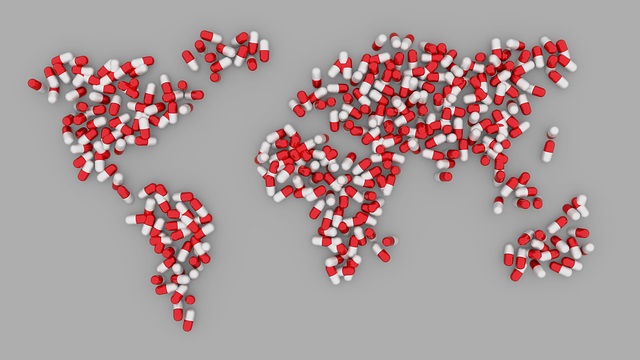 Pfizer’s price increase is the largest of all companies.

In addition, the company also increased the prices of other drugs by about 10%, including antibiotic Bicillin CR, chemotherapy Camptosar, estrogen replacement therapy Depo-Estradiol and anticoagulant Fragmin.

A Pfizer spokesperson said that it is necessary to increase drug prices moderately.

Increased prices can support R&D investment so that Pfizer can continue to discover new drugs and provide these R&D breakthroughs to patients who need them.

GlaxoSmithKline and Teva Pharmaceuticals respectively increased the prices of more than 30 products.

According to GoodRx data, the price increase of more than 20 drugs by the generic drug giant Teva was much higher than the industry average, with an increase of 9.4%.

GlaxoSmithKline’s increase in drug prices also varies from 2% to 7%.

At the same time, Gilead also increased the prices of 11 drugs by 5.6%.

A spokesperson for the company pointed out that although the list price has risen slightly, Gilead will pass rebates and other discount programs.

In fact, the net cost of the drug is expected to continue to fall.

Pfizer raised the price of the drug by a staggering 16.8%, followed by Exeltis contraceptive Tyblume, whose price rose by 15.8%. . Leadiant Biosciences cancer drug Matulane rose 15% on January 1.

Drugs with the same level of gains also include Collegium Pharmaceutical painkillers Nucynta and NucyntaEr.

It is worth noting that Novartis only increased the prices of Simbrinza, Signifor and SigniforLar by 5.3%, 5% and 5% respectively, which is basically the same as the current industry average increase level.

Piper Sandler analysts said in a recent report that although the price increase of biopharmaceuticals within the week of the new year “seems to be more aggressive than in the past few years,” it may also mean that “the increase in mid-to-late 2022 will be relatively moderate.”

The reason for this is that most pharmaceutical companies tend to increase drug prices at the beginning of January.

Therefore, analysts predict that the number and rate of drug increases in January this year may continue over time. rising.