Hong Kong: 2000 Hamsters were humanely treated due to COVID-19

Hong Kong: 2000 Hamsters were humanely treated due to COVID-19.

The transmission chain of Hong Kong’s Causeway Bay pet store spreads, and hamsters in the pet store were also tested for Delta coronavirus.

The Hong Kong government decided yesterday (18th) to humanely treat a total of 2,000 hamsters in the pet store in Hong Kong. 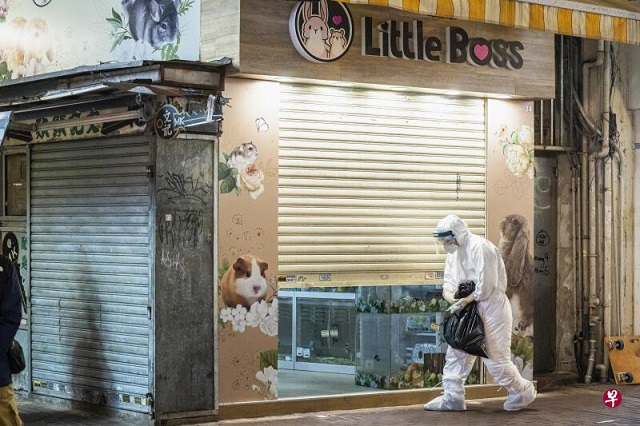 Staff from the Hong Kong Agriculture, Fisheries and Conservation Department entered Little Boss, a pet shop in Causeway Bay, yesterday. A clerk in the shop was diagnosed with the infection and the source of the infection was unknown. (Bloomberg)

According to reports from “Sing Tao Daily” and the online media “Hong Kong 01”, a female clerk at Little Boss, a pet shop in Causeway Bay, Hong Kong, was diagnosed yesterday, and the source of the infection was unknown.

The Hong Kong Agriculture, Fisheries and Conservation Department subsequently tested 125 animal samples from the pet shop including hamsters, chinchillas and rabbits, of which 11 hamster samples were positive.

The authorities decided to humanely dispose of 2,000 hamsters in the Causeway Bay pet store and 34 pet stores in Hong Kong, and appealed to the public to hand over hamsters to the Agriculture, Fisheries and Conservation Department if they bought hamsters after the 22nd of last month.

Xu Lejian, director-general of the Hong Kong Centre for Health Protection, said that further investigation into the infection route of the hamsters is necessary.

Since there are positive animal samples and environmental samples, it cannot be ruled out that the animals were transmitted by humans, or the animals themselves carried the virus when they were imported into Hong Kong, and then infected patients.

Xue Hanzong, assistant director of the Agriculture, Fisheries and Conservation Department, said that the hamsters involved were imported from the Netherlands, but no coronavirus has been found in the fauna in the past year.

Liang Zhaohui, director of the Agriculture, Fisheries and Conservation Department, said that hamsters and small animals may be transmitted to humans. Disposal; two batches of hamsters imported from the Netherlands on December 22 last year and on the 7th of this month are also at risk and must be handled humanely by the AFCD.

He added that the government cannot isolate and observe hamsters one by one, and the incubation period of the hamster virus can be very long. In order to eliminate the potential risks as soon as possible, humane treatment is a safer approach, and it is supported by government experts.

Xue Hanzong said that the hamsters will be checked for the coronavirus, and if they are not dealt with as soon as possible, it will also pose a risk to the responsible AFCD personnel.

Yuan Guoyong, chair professor of the Department of Microbiology at the University of Hong Kong and a government consultant, believes that the government’s decision to cull hamsters is decisive and wise, and it can prevent the transmission of new variants of the virus from hamsters to humans.

He added that, based on the experience of culling weasels in Europe, the coronavirus can be passed from humans to humans, and the European governments have culled tens of thousands of weasels in a few cases.

DAB Legislative Council member Chan Hak-chin believes that the “one-size-fits-all” approach is not appropriate, and at the same time does not respect life, and demands that isolation and quarantine be used instead of humane treatment .

Zhou Xiaolan, a spokesperson for the Democratic Party for animal rights and a member of the Shatin District Council, expressed difficulty in understanding this, saying that killing 2,000 small animals and hamsters is disrespectful to animal life.

He emphasized that public health powers should never be abused indiscriminately.

There is no evidence that hamsters can infect humans. The CHP should investigate further, and all hamsters should not be killed without confirmation.

Hong Kong: 2000 Hamsters were humanely treated due to COVID-19