Whether it is anti-cancer or anti-infection, a strong immune system needs “magnesium” power!

Magnesium (Mg) is one of the most important micronutrients in mammalian cells, and hundreds of enzymes require magnesium ions as an essential cofactor.

Magnesium is involved in more than 300 chemical reactions in the human body. Not only does it help muscles contract, nerves send and receive messages, but it also helps the heart beat steadily.

In addition, magnesium also makes our immune system stronger. Most people can supplement magnesium by consuming foods such as green leafy vegetables, whole grains, and legumes.

Serum magnesium levels are an important factor in the ability of the immune system to defend against pathogens and cancer cells .

As a result, magnesium deficiency has been linked to a variety of diseases, including infections and cancer. However, to date, scientists have not known much about how magnesium affects the immune system.

In the early morning of January 19, in a new study published in Cell , a research team from the University of Basel in Switzerland found that T cells can effectively eliminate abnormal or infected cells only in a magnesium-rich environment. cells that enable the immune system to function effectively. The discovery will have important implications for cancer treatment.

Previous studies have found that low dietary magnesium intake and hypomagnesemia are associated with the pathophysiology of various diseases, including infection and cancer.

Metastatic spread of cancer cells is accelerated in mice fed a magnesium-deficient diet, and the animals’ defense against influenza virus is also compromised due to insufficient induced T-cell kinase (ITK) activity.

Whether extracellular magnesium contributes to the formation of adaptive immune responses has not been assessed in these models.

CD8+ T cells are an important part of the adaptive immune system and play an important role in the recognition and clearance of infected or malignantly transformed cells.

In the new study, the researchers found that CD8+ T cells were only able to effectively eliminate abnormal or infected cells in a magnesium-rich environment.

Magnesium is essential for a T-cell surface protein called LFA-1 , which plays a key role in T-cell activation.

In its inactive state, LFA-1 is in a curved structure and therefore cannot bind efficiently to infected or abnormal cells, the researchers explained.

This is where magnesium comes into play. If there are high levels of magnesium near T cells, it binds to LFA-1 and ensures that it remains active. 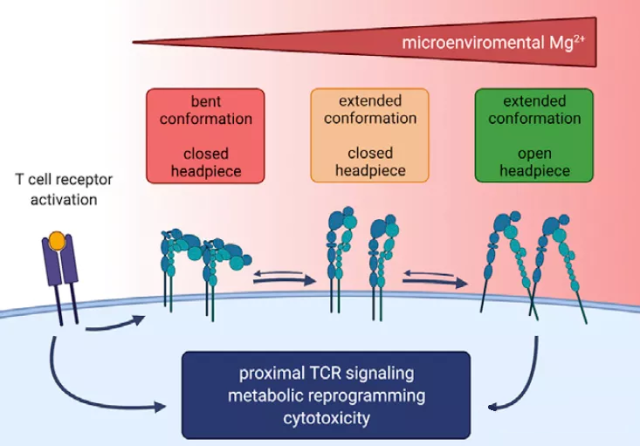 The fact that magnesium is essential for T cell function may be a very important discovery in modern cancer immunotherapy.

The goal of these therapies is to mobilize the immune system, especially cytotoxic T cells, to fight cancer cells.

In experimental models, the researchers demonstrated that T-cell immune responses against cancer cells were enhanced by increased local magnesium levels in tumors.

By analyzing previous clinical data on cancer patients, the researchers demonstrated that immunotherapy was less effective in patients with deficient serum magnesium levels . 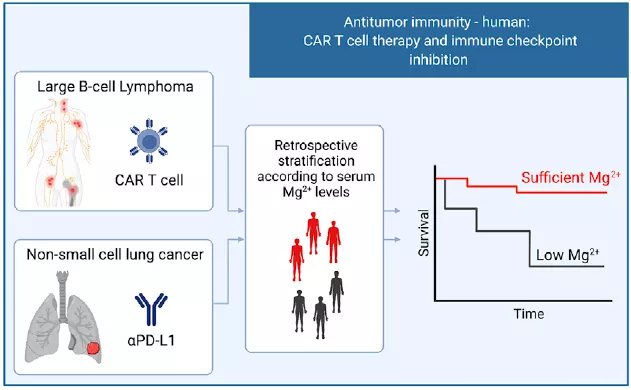 Taken together, these findings conceptually link costimulation and nutrient perception and point to the ” magnesium-LFA-1″ axis as a therapeutic biological system .

Corresponding study author Professor Christoph Hess, Department of Biomedical Sciences, University of Basel, said: “Based on the available data, we cannot yet answer the question of whether regular intake of magnesium affects cancer risk.

As a next step, we plan to conduct prospective studies to test the Clinical effects of magnesium as an immune system catalyst.”