Does eating eggs raise cholesterol and cause cardiovascular diseases?

Does eating eggs raise cholesterol and cause cardiovascular diseases? How many do you eat a day?

In 1937, two Columbia University biochemists suggested that if we could avoid egg yolks, we could prevent elevated cholesterol and, in turn, heart disease.

As an ingredient for cooking, eggs are not only easy to operate but also taste great. Some people can’t even eat without it, but there has always been another voice “Don’t eat too many eggs, otherwise the cholesterol will be high!” Is this really true? 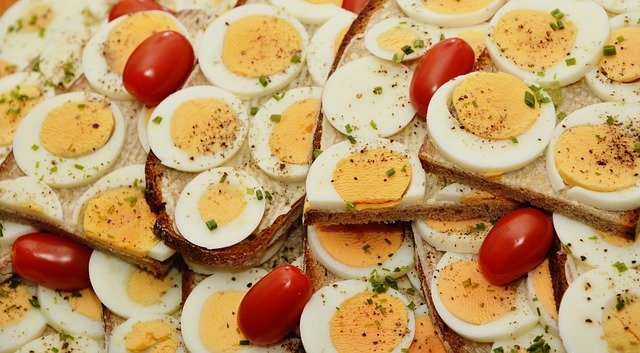 Eggs can not be eaten, is there any basis?

In fact, most of people’s “fear” of eating eggs began with a rabbit experiment more than 100 years ago.

In 1913, Russian pathologist Nikolai Anichko discovered that feeding rabbits with huge amounts of cholesterol caused atherosclerotic damage to their bodies. This is the first time in human history that cholesterol intake and heart disease are linked.

In 1937, two Columbia University biochemists suggested that if we could avoid egg yolks, we could prevent elevated cholesterol and, in turn, heart disease.

Moreover, the Dietary Guidelines for the United States in 1977, without any strong scientific evidence, limited the recommended intake of cholesterol to less than 300 mg per day (equivalent to no more than 1 egg). Therefore, people think that the harm of eating eggs comes from the rabbit experiment that has affected a whole century! ③

This view was later overturned by Ansai Keith. He found that no matter how much cholesterol the volunteers ate, even a huge amount of 2,000 mg per day (equivalent to 15 eggs) had little effect on total cholesterol.

Similarly, Swedish doctor Wufei Lovanskov also experimented with himself. He changed from 1 egg a day to 8 eggs a day. After a week, his total cholesterol dropped by 12% (from 278mg/L). to 246mg/L). ①

The results are different, and there is a reason!

How come the cholesterol hypothesis that applies to rabbits doesn’t apply to humans at all?

Because rabbits are originally herbivores, they do not eat any cholesterol in their diet, so when they eat cholesterol, the body will not activate the regulatory mechanism.

However, the human body produces about 1000mg to 2000mg of cholesterol every day.

In recent years, several studies have proved to overturn this conclusion!

In 1999, researchers from Harvard  published a paper in the “Journal of the American Medical Association” JAMA, investigating the diet and heart disease of 120,000 people, and found that there was no specific relationship between eating eggs and heart disease.

In 2013, the British Medical Journal published a meta-analysis that integrated 17 studies of as many as 3.08 million people and found that egg consumption was not associated with heart disease.

In May 2018, the research published in the British Medical Journal was even more frying! The researcher team from Peking University School of Public Health, in cooperation with the Chinese Academy of Medical Sciences and the University of Oxford, found that among 512,891 Chinese people who ate eggs every day, the risk of cardiovascular disease was reduced by 11%, and the risk of ischemic heart disease was reduced by 11%. 12%, reducing the risk of developing hemorrhagic brain by about a quarter.

In fact, eggs are superfoods!

A small egg contains 40% of the choline required for a day. Choline is an essential element for the human body, which can help brain cells communicate, and is also an important component of cell membranes. A lack of choline can lead to memory decline.

Lutein is good for the eyes, and lack of lutein can cause vision deterioration.

An egg contains about 60-70 micrograms of folic acid, which can prevent anemia, mental disorders, stroke, and heart attack.

Eggs are rich in B vitamins, including vitamins B2, B3, B5, B6, and B12. Among them, vitamin B12 can reduce the concentration of homocysteine ​​in the blood and prevent stroke.

Vitamin D can help the body absorb calcium. In recent years, studies have found that lack of vitamin D is also associated with heart failure, diabetes, excessive waistline, and depression.

How many eggs should you eat?

The “Dietary Guidelines for Chinese Residents 2016” recommends that in the case of normal intake of other foods (dairy, meat, fish and shrimp), eggs should be 280-350 grams per week, that is, no more than 5-7 eggs per week . But the premise is to eat enough milk, meat, fish and shrimp. If you seldom eat milk, fish and shrimp, or you are exercising, it is totally fine to eat a few more eggs.

For normal adults and the elderly, it is recommended to eat 1 egg a day, and do not give up the yolk. People who do a lot of exercise and those who have a high demand for protein can eat 1-2 eggs or more every day.

If you are already hypercholesterolemic, it is indeed necessary to limit the intake of high cholesterol in food!

And it is true that there are quite a few people who respond more strongly to cholesterol intake, but the vast majority of people can completely regulate their cholesterol on their own.

Does eating eggs raise cholesterol and cause cardiovascular diseases?