A major breakthrough: Ebola virus can hide in the brain for years

A major breakthrough: Ebola virus can hide in the brain for years.

In a new breakthrough study, researchers from the U.S. Army Medical Research Institute of Infectious Diseases have revealed the ability of Ebola to persist in certain parts of the body by studying a non-human primate model of Ebola virus infection.

How Ebola virus can re-emerge and cause deadly disease, even long after treatment with monoclonal antibodies.

The findings were recently published in the journal Science Translational Medicine under the title ” Ebola virus persistence and disease recrudescence in the brains of antibody-treated nonhuman primate survivors “.

In particular, the 2021 Ebola outbreak in Guinea stems from persistent infection among survivors of a large outbreak at least five years ago.

However, the exact “hiding place” of persistent Ebola virus infection and the underlying pathology of subsequent relapses in survivors—especially those receiving standard monoclonal antibody therapy—are largely unknown of.

So Zeng and his team used a non-human primate model, the closest human-like model of Ebola virus infection, to address these questions.

Zeng explained, ” Our study is the first to reveal in a non-human primate model where the Ebola virus persists in the brain, and the pathological properties that cause subsequent lethal Ebola virus-related disease. We found , about 20% of monkeys who survived a lethal Ebola exposure to treatment with monoclonal antibody therapy still had persistent Ebola infection — particularly in the ventricular system, where cerebrospinal fluid is is produced, circulated and contained in the body — even after the Ebola virus has been cleared from all other organs. “

In particular, Zeng said, two monkeys who had initially recovered from Ebola-related disease after treatment with antibody therapy relapsed with severe clinical symptoms of Ebola virus infection and died of the disease.

Severe inflammation and massive Ebola virus infection occurred in their ventricular system; no obvious pathological changes and virus infection were found in other organs. 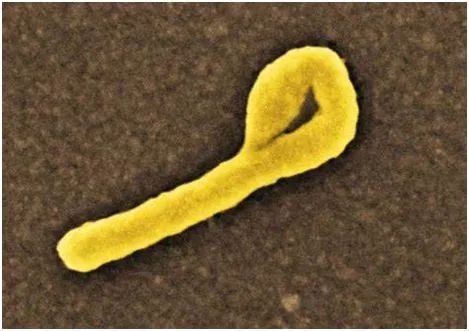 According to the authors, relapses have also been previously reported among human survivors of Ebola infection.

For example, a British nurse who experienced a recurrence of Ebola in the brain developed meningoencephalitis nine months after recovering from a severe Ebola infection. She had received therapeutic antibodies during the 2013-2016 outbreak in West Africa, the largest such outbreak to date.

In addition, at the end of the 2018-2020 outbreak in the Democratic Republic of Congo, a vaccinated patient who had been treated with anti-EVD monoclonal antibodies six months earlier relapsed and died. Unfortunately, that case also led to many subsequent human-to-human transmissions.

Over the past few years, Zeng’s team has systematically studied the persistence of the Ebola virus using non-human primate survivors as models.

They found that although the virus was cleared from all other organs, it could hide and persist in specific areas of immune-privileged organs such as the vitreous chamber of the eye, the seminiferous tubules of the testes, and the The ventricular system reported in the new study.

Ebola virus is one of the deadliest infectious diseases known to man. It remains a major threat in Africa, with three outbreaks in 2021 alone, according to the World Health Organization.

These treatments are now part of the standard of care for infected patients.

Zeng added, “Fortunately, with these approved vaccines and monoclonal antibody therapies, we are in a better position to control the outbreak.

However, our study strengthens the study of survivors of Ebola virus infection. The need for long-term follow-up—even including survivors who receive therapeutic antibody therapy—to prevent relapse. This will help reduce the risk of disease re-emergence, while also helping to prevent further stigmatization of patients.”

A major breakthrough: Ebola virus can hide in the brain for years.