Mainly, this change reduces the ability of the virus to invade cells.

However, the role of glycosylation in the spike protein-mediated viral infection has not been elucidated.

The researchers expressed the COVID-19 spike protein in primary lung epithelial cells, and the results showed that the sialylation modification is essential for the high affinity of the spike protein to the receptor, and high mannose or single N-acetylglucosamine modification can lead to the affinity. weaken. 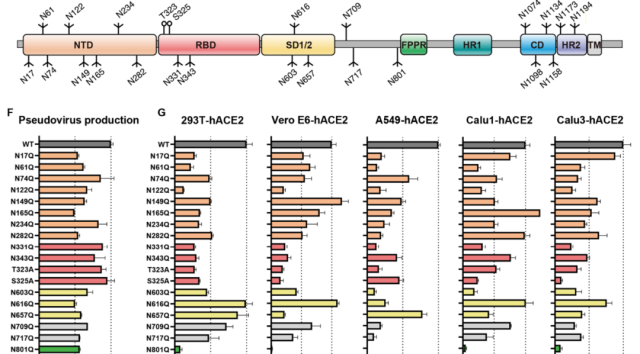 By comparing the sequence and structure of the spike protein, the researchers found that conserved sites often contain conserved glycosylation sites, such as the flanking of the RBD region, the S2 stem region, the S2 C-terminus, and the HR2 region. 20-40% of these regions are covered by glycan shielding.

So what effect do these glycosylation modifications have on inducing an immune response?

After the third boost, the mice produced more Spike -specific B cells, and SMG induced a different type of antibody than SFG . The enzyme-linked immunosorbent assay showed that SMG had high neutralizing activity against different 2019- nCoV variants (Omicron was not tested), but the endpoint titer was not significantly different from the SFG group . 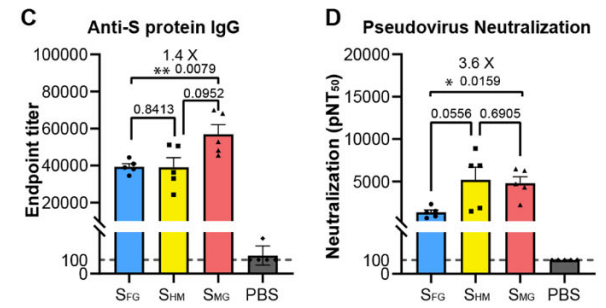 In order to further evaluate the protective efficacy of the SMG vaccine in vivo, the researchers used ferrets and hACE2 mice as models respectively, and found that the SMG treatment group had significantly lighter symptoms and a higher survival rate. % protected mice. 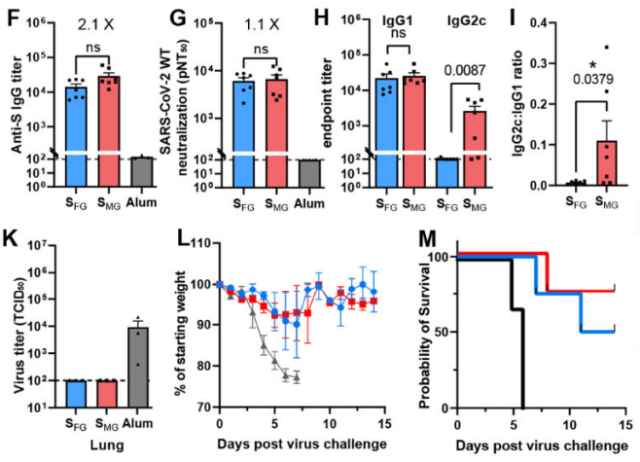 The researchers isolated spike protein-specific B cells from SMG -treated mice and identified a monoclonal antibody, m31A7, that was present only in SMG – treated mice .

The antibody can inhibit various pseudoviruses at the picomolar level, and the inhibitory effect is 1000 times that of the EY6A antibody.

Cryo-EM structural analysis indicated that m31A7 was able to bind to the RBD conformation in the up-state and avoided the mutation sites of most mutants. 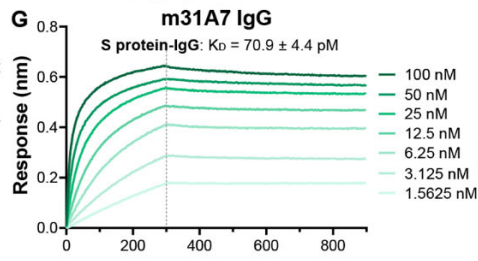 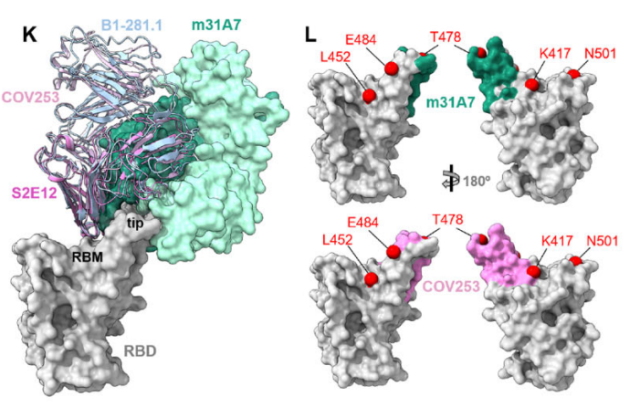