Remove cancer cells in 6 days by Implanting a “cell drug factory” in the body, and clinical trials will be carried out this year

Many pro-inflammatory cytokines, including interleukin 2 (IL-2), IL7, IL12, IL15, and interferon-γ, have shown promising antitumor prospects in clinical trials. IL-2, in particular, has received much attention in cancer immunotherapy because it plays a key role in regulating immune cells such as T cells.

Previously, the FDA has approved two types of recombinant IL-2 for the treatment of melanoma and kidney cancer by high-dose injection. However, the half-life of IL-2 in the blood is only a few minutes, so high-dose infusion is required to bring about significant effects.

Unfortunately, many cancer patients experience severe side effects when administered in such high doses, resulting in multiple organ damage, which also hinders widespread use of this treatment.

The study developed an in vivo ” cellular drug factory ” that uses microcapsules based on the natural material alginate to encapsulate engineered human retinal pigment epithelial (RPE) cells that stably express high levels of IL-2 and implant them near tumors. In mouse models of advanced ovarian and colorectal cancer, tumors were nearly cleared in just 6 days.

These findings demonstrate the safety and efficacy of the in vivo IL-2 cytokine factory in preclinical animal models and provide a basis for future human clinical trials. Human clinical trials will begin as soon as this fall , the research team said .

A major challenge in the field of tumor immunotherapy is to increase tumor inflammation and antitumor immunity while avoiding the systemic side effects of cytokines and other pro-inflammatory drugs.

Interleukin 2 (IL-2) is a cytokine that helps the immune system recognize and fight disease and is an FDA-approved cancer treatment. However, the half-life of IL-2 in the blood is only a few minutes, so a large dose infusion is required to bring about a significant effect. Unfortunately, many cancer patients experience severe side effects at such large doses, resulting in multiple organ damage.

In order to solve the above problems, the research team used the PiggyBac transposon system to stably express IL-2 at high levels in retinal pigment epithelial (RPE) cells , and then encapsulated these engineered cells into alginate- based (natural polysaccharide extracted from seaweed) Carbohydrate, a natural polymer material, safe and non-toxic to human cells) in microcapsules. Human retinal pigment epithelial cells (RPE) were chosen because they are non-tumorigenic, suitable for genetic modification, and have proven safety in human trials. 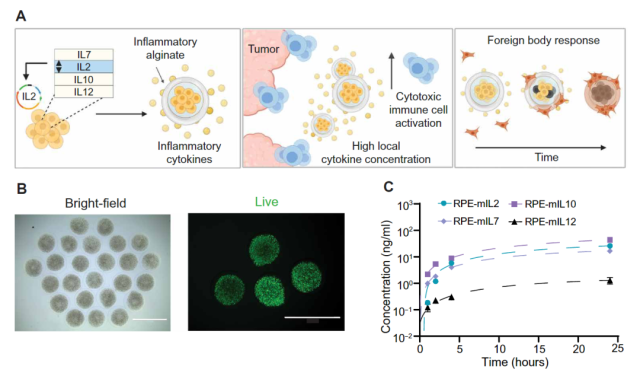 Next, the research team carried out mouse model experiments. The experimental results showed that this ” cellular drug factory ” could almost completely remove tumors in a mouse model of advanced ovarian cancer and a mouse model of colorectal cancer in just 6 days. . This is very exciting and provides a strong basis for clinical trials.

The research team also said that placing such ” cellular drug factories ” next to tumors and within the peritoneum surrounding these organs could be used to treat cancers of the pancreas, liver, lung and other organs. If different cytokines are needed to treat a specific form of cancer, the microcapsules can be loaded with different engineered cells. 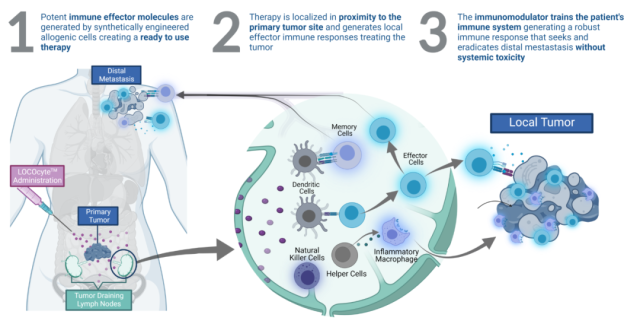 Omid Veiseh , the corresponding author of the paper, said that the original intention of this study was to help patients defeat cancer as soon as possible, so ingredients that had previously been shown to be safe for human use were selected, and the current series of experiments have proved the safety of this new type of therapy. sex, and human clinical trials are expected to begin as early as this fall . 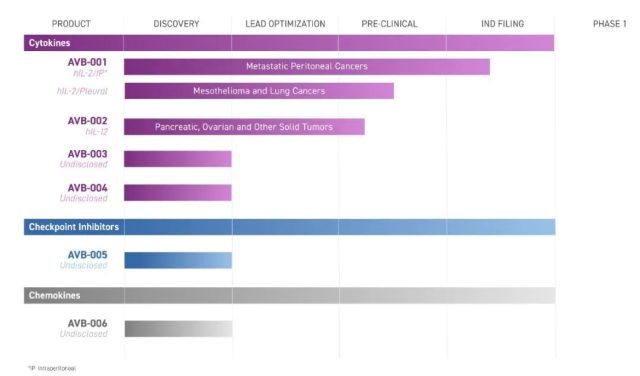