Amyloid beta (Aβ) is a protein known to build up in the brains of people with Alzheimer’s disease. Melanoma is the deadliest form of skin cancer, and 40% of people with advanced melanoma (stage IV) have cancer that has spread (metastasized) to the brain.

In a new study, researchers from New York University found that in melanoma , Aβ also helps skin cancer cells thrive when they spread to the brain. The results of the study were published online on March 9, 2022 in the journal Cancer Discovery with the title “Melanoma-secreted Amyloid Beta Suppresses Neuroinflammation and Promotes Brain Metastasis”.

These new studies show that metastatic melanoma cells taken from the human brain and grown in tissue culture make about three times as much Aβ as cancer cells that have spread to other parts of the body.

The authors also found that Aβ secreted by cancer cells reduces immune responses that would otherwise recognize cancer cells as abnormal and attack them, just as they would attack invading bacteria . They reasoned that Aβ puts brain immune cells into a mode when the infection subsides and the tissue begins to heal, allowing cancer cells to evade attention. In addition, they found that a treatment known to drastically reduce Aβ levels, the beta-secretase inhibitor LY2886721, reduced the size of brain melanoma metastases in the mice tested by about half. 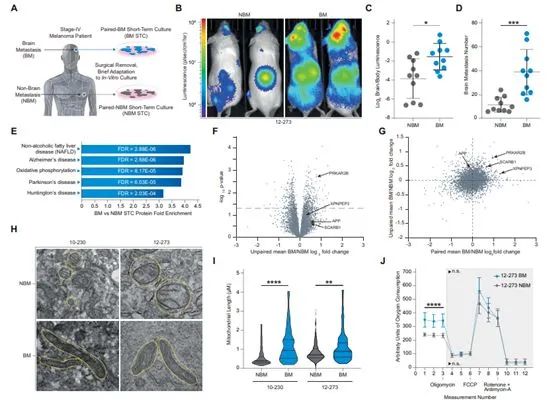 “Our study uncovers an unexpected role for tumor -secreted Aβ in promoting survival of melanoma brain metastases,” said Eva Hernando, Ph. A new way to deal with it.”

The finding adds to the mystery behind Aβ, the main component of the deposits found in the brains of people with Alzheimer’s disease. Despite numerous studies, its role in normal function and Alzheimer’s disease is still debated, and even novel roles have been proposed, Hernando said.

The study features improvements to standard techniques to more accurately describe which proteins are more abundant in melanoma cells that have spread to the brain.

First, the authors cultured cells extracted from human metastatic brain tumors, but only for a short period of time to prevent them from evolving genetically so that they no longer resembled the original cancer cells.

They then measured proteins produced by the melanoma cells, the first time, to their knowledge, that a whole-cell proteomic test has been used to study brain metastases.

Using 24 human brain and non-brain cancer metastases grown in short-term culture, the authors were able to show that melanoma cells from the brain produce proteins associated with Alzheimer’s, Parkinson’s and Huntington’s disease.

The discovery of the link between brain cancer and neurodegenerative diseases, they said, was achieved through new techniques that allowed them to distinguish proteins made by cancer cells from those made by surrounding brain cells.

Based on these data, the authors hypothesized that the Aβ produced by cancer cells in the brain helps them survive.

To test this idea, they studied the effect of silencing the gene encoding the amyloid precursor protein (APP), which is processed into Aβ by secretases (beta and gamma), in melanoma cells injected into the hearts of test mice.

Silencing the app gene, and thus cutting off the supply of Aβ from cancer cells, greatly reduced the number of cancer metastases that formed in the brain, as measured by imaging.

Other experiments have shown that Aβ-deficient melanoma cells cannot successfully grow (divide and proliferate) due to immune attack at the stage of forming small cell colonies (micrometastases), which are cancer cells that spread in new tissues” Rooted” required.

Finally, the authors found that Aβ released by melanoma cells alters the gene expression of astrocytes, such that astrocytes release proteins that reduce the immune response to cancer, the cells that nourish and carry messages The brain cells (neurons) of the brain cells.

Astrocytes are also known to exchange signals with microglia, a type of immune cell in the brain. They further demonstrated that Aβ released by melanoma cells prevents them from being destroyed by microglia.

They say it may be that Aβ released by melanoma cells passes through astrocytes and directly affects microglia so that they do not “phagocytose” and destroy melanoma cells.

“The field has developed treatments that have been shown to be effective and safe in lowering Aβ levels in clinical trials , but for unknown reasons, ” said lead author Kevin Kleffman, MD student at NYU Langone Medical Center .

They failed to fight Alzheimer’s disease. With this in mind, our team is already evaluating whether repurposed, tested anti-Aβ antibodies can prevent or reduce brain metastases in animal studies. The next step is to use combinations including Immunotherapies, including immune checkpoint inhibitors, and anti-Aβ therapies to ensure they can be used safely together.”