She explained that, after assessment by experts from the mainland and Hong Kong, it is not appropriate to put limited resources on the plan at this stage. The SAR government will continue to analyze and judge the epidemic situation, and if the time is right and the conditions are met, it will also consider whether to carry out compulsory all-people inspection. 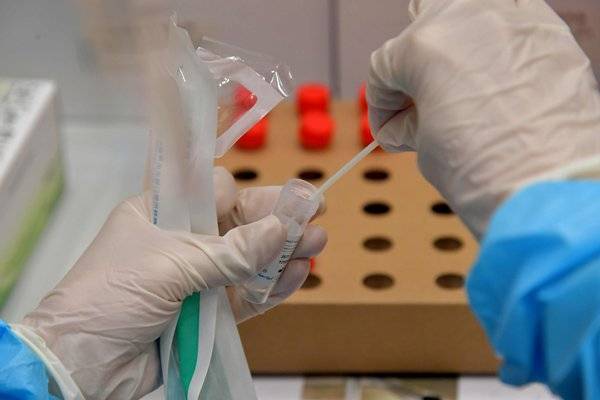 Media previously reported that Carrie Lam said on February 22 that a compulsory inspection would be conducted in March, during which all Hong Kong citizens must undergo 3 nucleic acid tests . This measure has legal effect and has a penalty mechanism.

At the regular anti-epidemic press conference on March 21, Lam Cheng Yuet-ngor announced that the SAR government would suspend the all-people compulsory inspection plan after an assessment.

She said that in order to achieve the goal of being thorough, orderly, and effective, the SAR government has continuously refined the testing plan in the past month, assessed the manpower, material resources and venues required for the work, and also needs to formulate supporting measures to restrict the flow of people, and force all people to conduct inspections. If it were to happen, the scale would be unprecedented in Hong Kong .

According to reports, the evaluation results show that the total number of people tested is about 7.2 million, and a total of 500 testing stations need to be set up to operate 14 hours a day. If a 3-day testing cycle is used to conduct nucleic acid sampling for 2.4 million people every day, it will take 80,000 A number of staff were involved, including testing station operators, samplers from the mainland, drivers who carried confirmed patients to community isolation facilities, and disciplined forces maintaining order.

Carrie Lam pointed out that after considering the opinions of mainland China and local experts , experts from both places agreed that the compulsory all-people inspection should be carried out at the beginning or the end of the outbreak. Although the current epidemic situation in Hong Kong has eased, the number of confirmed cases is still high, so experts believe that it is not appropriate to invest limited resources on the all-people compulsory inspection plan at this stage.

Carrie Lam also mentioned that mainland experts have admitted frankly after visiting Hong Kong that the community organization in Hong Kong is weak. She also said that there are many street management organizations in the mainland, which can completely “never miss a single household” when testing the whole population , while Hong Kong’s ability in this regard is weak. Even if there is a legal basis for compulsory national screening, it may be difficult to achieve the goal of national screening.

“After careful evaluation and sand table deduction, we found that (compulsory inspection by all people) is not simple at all.” Carrie Lam said that the SAR government hopes to achieve the greatest prevention and control effect at the least cost . to implement the relevant plans.

Next, the SAR government will continue to analyze and judge the epidemic situation, and if the time is right and the conditions are met, it will consider whether to carry out compulsory all-people inspection.