People usually think that drinking is a good thing, and we all know that drinking alcohol is bad for you . There are also numerous studies examining the association between alcohol consumption and health, but these findings are indeed equivocal.

For example, a study published in the European Journal of Preventive Cardiology in 2021 showed that [1] , compared with never drinking alcohol, light alcohol consumption was associated with a lower risk of cardiovascular disease and lower mortality from all causes .

In addition, in July 2021, a study published in the journal BMC Medicine by researchers from University College London also pointed out [2] that drinking no more than 105 grams of alcohol per week may be associated with heart attack, stroke, angina pectoris or cardiovascular disease. associated with a reduced risk of death in patients with the disease.

So, is drinking in moderation bad for your health? Why are there observational studies finding cardiovascular benefits of moderate alcohol consumption?

On March 25, 2022, researchers from the Broad Institute of MIT and Harvard published a paper titled: Association of Habitual Alcohol Intake With Risk of Cardiovascular Disease in JAMA Network Open , a sub-journal of JAMA .  [5] .

The study of 371,463 adults in the UK BioBank (average age 57 years, average 9.2 standard drinks per week) found that those who drank light to moderate alcohol were less likely to develop heart disease. The risk was lowest, followed by abstainers, and heavy drinkers had the highest risk of heart disease.

The research team further found that people who drank light to moderate alcohol tended to lead healthier lifestyles than abstainers, with more physical activity and vegetable intake and less smoking.

Because the alcohol content of various types of wine is different, in order to measure the amount of drinking, the “Alcohol Unit” is usually used as a standard. 1 alcohol unit is also called 1 standard cup , and 1 alcohol unit corresponds to 10 ml of pure alcohol. Alcohol. 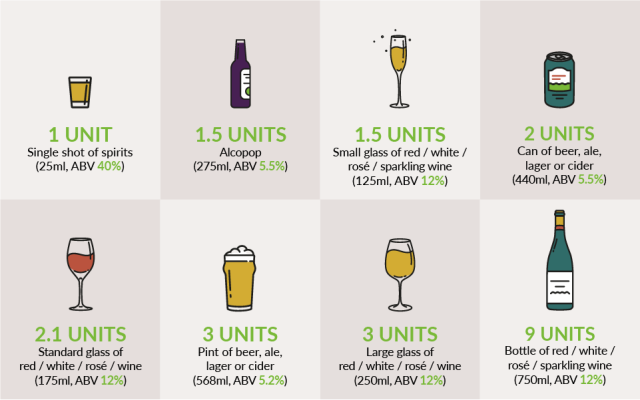 But further analysis showed that the benefit was due to healthier lifestyles among those who drank light to moderate alcohol .

Next, the research team used Mendelian randomization to try to find whether there was a causal relationship between alcohol consumption and disease risk.

The results showed that individuals with genetic variants that predicted higher alcohol consumption were indeed more likely to drink heavily and had a higher risk of high blood pressure and coronary artery disease.

Notably, even following the National Institute on Alcohol Abuse and Alcoholism recommendations (no more than 1 standard drink per day for women and 2 standard drinks per day for men) still increases the risk of cardiovascular disease.

What’s more, the study explains the previously observed cardiovascular benefit of moderate alcohol consumption, which is due to the fact that people who drink light to moderate alcohol have healthier lifestyles than those who don’t drink.

In March 2022, researchers from the University of Pennsylvania and the University of Wisconsin-Madison published a research paper in Nature Communications, a sub-journal of Nature [6], showing that alcohol consumption is associated with reduced brain volume, even mild to moderate drinking. It will cause damage to the brain. The average amount of drinking a bottle of beer a day is equivalent to two years of aging.