Prices of medical supplies will soar after chemicals prices increased much

Prices of medical supplies will soar after chemicals prices increased much.

Recently, Many countries  have still suffered severe COVID epidemics, and transportation has been blocked.

In addition, The Ukraine-Russia war caused international situation unstable much. The chemical industry has to face the problem of soaring raw materials.

On March 16, it issued a price adjustment notice saying that from April 1, the prices of some of the company’s series of POM (polyoxymethylene) and TPE (thermoplastic elastomers) will be increased by up to $400/ton! 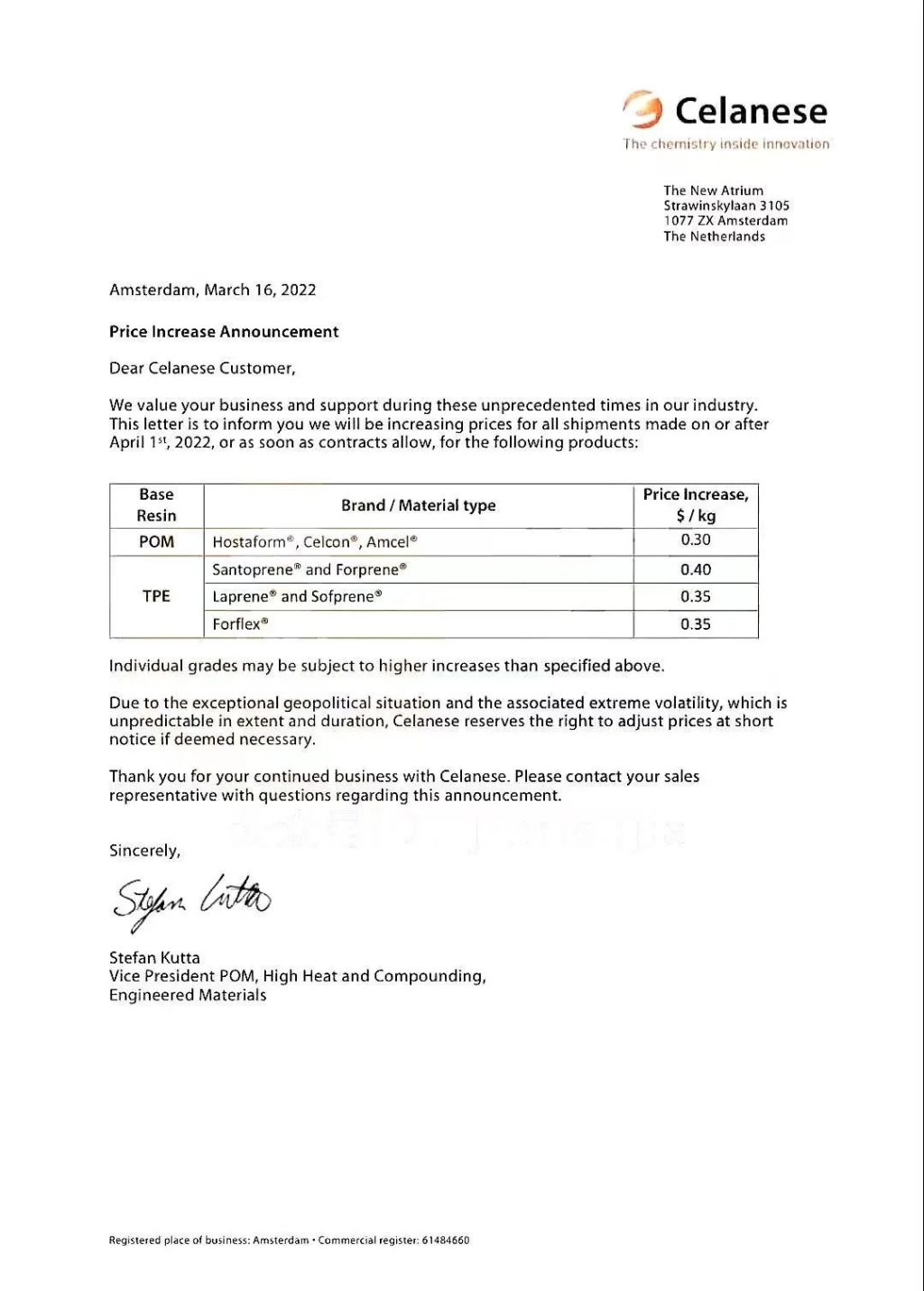 A letter dated March 15 stating that due to geopolitical issues, European gas prices have risen sharply, exceeding mid-2021 increases, and will therefore raise prices for all polyurethane products in the European market, effective April 1.

In the communication, BASF mentioned that due to the current geopolitical instability and the unprecedented war in Ukraine, gas prices in Europe have reached worrying new record levels, even surpassing the sharp rise seen since mid-2021, and likely to rise further. These circumstances adversely affect current manufacturing costs. 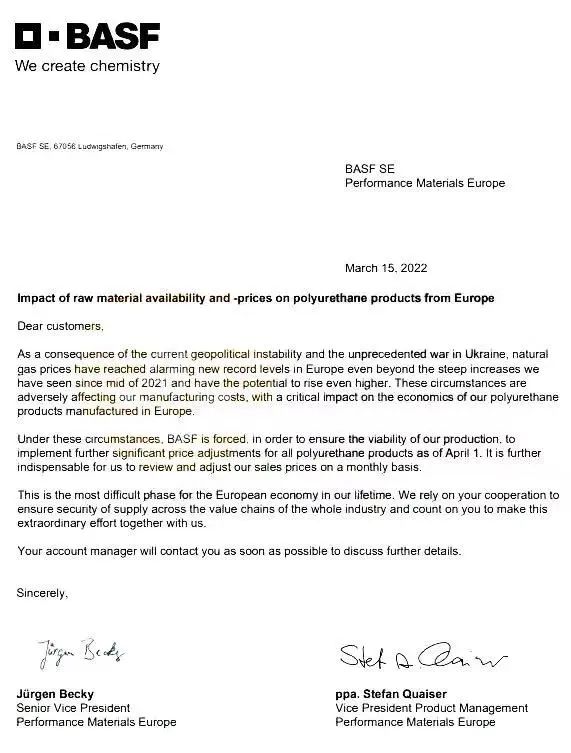 After announcing the ABS forecast for the second quarter, it sent a letter saying that the price of all PP/PE in the company will increase by about 15% since April!

announced that it will increase the prices of polyethylene (PE) and polypropylene (PP) from April 1. The increase is as high as 70 yen/kg or more!

DSM ‘s price increase of various plasticizing raw materials: Following the release of the price increase letter on February 11, DSM sent another letter saying that from April 1, it will increase the PET, TPC, PA410 of some of the company’s brand series. , PA4T, PPA, PA46 and other product prices, the highest increase of US$850 / ton!

announced that it will increase the price of PVC resin from April 1. The target is all special PVC varieties including general PVC and PVC paste, with an increase of more than 30 yen/kg.

Released a price increase notice announcing that it will increase the price of 1,6-hexanediol (HDO) globally from now on. The increase is as high as 1200 euros / ton!

Global prices of hydrogenated styrene-based thermoplastic elastomers “Septon” and “Hyblur” and closed elastomer “TU Polymer” will be raised from April 1. The increase is more than 0.5 US dollars / kg !

The transaction price of polyvinyl alcohol (PVA) products in Japan and exports will be raised from the 14th, with a maximum increase of $700/ton!