WHO issued the latest warning: Another serious side effect of Pfizer vaccine was found!

Compared with the harm caused by the COVID-19, most people choose to accept the fact that vaccines have side effects.
Because the side effects within our sight range are mostly mild to moderate, such as fever, headache, and fatigue.
But every time a new “serious and rare” consequence is reported, it still makes us nervous.

Pfizer vaccine may cause hearing loss

Recently, the World Health Organization warned that side effects of Pfizer’s COVID-19 vaccine may include an extremely rare sudden hearing loss .

Symptoms of tinnitus , characterized by buzzing and/or hissing in one or both ears , have been noted following the Pfizer vaccine, the report said .

Globally, there were 367 cases of tinnitus and 164 cases of hearing loss, which usually occurred within a day of receiving the Pfizer vaccine .

That is, out of 11 billion doses of vaccines worldwide , there have been 531 cases of hearing-related side effects.

The people involved ranged in age from 19 to 91, three-quarters of them were women , and they came from 27 different countries. 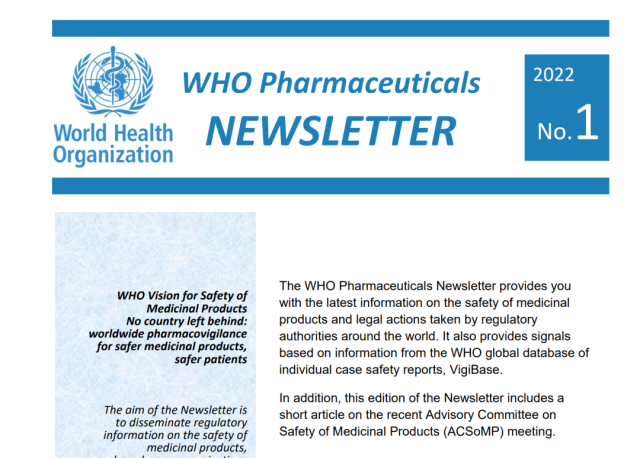 (This study was published in the latest WHO newsletter)

The WHO also said that many patients who reported hearing-related side effects later recovered .
” There was one case of tinnitus after the first shot, which subsided within a few days, but the hearing loss returned after the second shot and the patient was started on steroids . No risk factors were documented.”
Image

WHO concluded that these post-vaccination side effects were no more common than in the general population , but argued that transparency is key for those who have been vaccinated or are considering the Pfizer vaccine. ” As data in the literature providing evidence for this link is still limited, further monitoring is required.”

From this point of view, is there a greater risk of sequelae from the Pfizer vaccine?
It seems not.

Researches show: Moderna vaccine has more side effects than Pfizer?

According to a recent CDC study (April 2021), people who received the Moderna vaccine reported more adverse reactions than those who received the Pfizer/BioNTech vaccine.
The study was also published in the Journal of the American Medical Association (JAMA).

About 74% of Moderna respondents reported having an uncomfortable reaction after their first shot.
And Pfizer’s figure is 65.4%.

However, side effects from vaccines tend to be mild, with the vast majority of reactions including pain at the injection site.
More systemic reactions after vaccination were likewise benign, with fatigue, headache, and myalgias being the most commonly reported outcomes.

After the second injection, all local and systemic adverse reactions became more frequent , and symptoms such as fever, joint pain, and body chills were reported more frequently.
Among the various adverse effects, more serious outcomes such as nausea, abdominal pain, vomiting and diarrhea remained relatively uncommon.

“The public is understandably concerned about reports of rare, severe allergic reactions to vaccines,” said Anthony Fauci. “The information gathered during this trial will help doctors advise people who are highly allergic or have mast cell disease on how to choose between the two vaccines. For most people, however, the benefits of getting vaccinated are far greater. at risk.”

But how much do we really know about the safety of vaccines in the long run?

Long-term safety of vaccines: How much do we know?

This period of time is enough for all but the rarest side effects to manifest, the scientists explained .

What is going on in our body?

While COVID-19 vaccines are relatively new, the process they trigger in the human body is not.
Understanding how they stimulate the immune system can help us understand when to expect any negative reactions.

Very few people will have an allergic reaction to the inactive ingredients in the vaccine , which will occur within about 15 minutes of being vaccinated.

Soon after vaccination, the immune system kicks in. The body recognizes foreign invaders and attacks them with immune cells, weapons that are used against any virus or bacteria.

Any reactions associated with this phase, known as the congenital phase, will occur within hours or days and include the most common side effects, arm soreness, temperature changes and other mild flu -like symptoms.

One of the rarer side effects associated with Pfizer and Moderna’s mRNA vaccines — myocarditis , or inflammation of the heart , can also occur at this stage.

While the exact cause of myocarditis is unknown, inflammation is indeed one of the body’s responses to infection or injury. Because this reaction is so rare and hospital admissions due to the virus are relatively uncommon in young people, it is still in the process of fully understanding the risk to the population. But cardiologists stress that myocarditis is just one factor that needs to be understood along with the many other risks the virus poses to the immune system, lungs, heart and brain that vaccines can protect against.

Vaccine-induced myocarditis is usually mild and gets better on its own or with basic anti-inflammatory drugs such as ibuprofen.

The innate phase initiates the second phase of the immune response, the adaptive phase, where the body begins to make cells specialized to fight the target virus.

This phase kicks in about 10 days after inoculation, which is why the vaccine takes just as long to start producing protection against infection. New immune cells in the body peak after about 2 weeks and fade away after about 28 days.

A very rare but serious side effect associated with AstraZeneca’s vaccine – a specific type of blood clot , which can also occur at this stage, is related to the immune system’s production of antibodies to the vaccine. This is why most rare blood clots appear within 4 weeks of vaccination.

Once the adaptation phase wears off, which is about a month later, the body leaves behind memory cells that provide protection for months or years after initial exposure. Dr Victoria Male, a reproductive immunologist in London, explained that there are long-term changes in the body’s immune system, but people don’t have any new responses. So if there is no response in the first few months, there is very little chance of any new response to the vaccine .

Nothing in medicine is 100% guaranteed , so it cannot be said that it is impossible for something to happen at a certain point in time. But South African infectious disease researcher Professor Jeffrey Mphahlele explained: “Vaccination history assures us that most side effects occur within hours of receiving the vaccine, and rare side effects occur within days to weeks “.
Image

Will new side effects be discovered in the next few years?

So, based on our understanding of how the immune system works , a person who doesn’t respond to a vaccine in the first few months has little chance of developing any new side effects later on.
But is it possible that side effects that have occurred unnoticed will be discovered in the next few years?

Systems have been established around the world to monitor side effects and share information with each other. The rarer the reaction, the harder it is to spot.

But the good news is that these systems succeeded in finding the blood clots and myocarditis we already mentioned . Although very rare, there are only a few cases per million doses vaccinated .

Dr Male believes that while milder symptoms such as arm soreness or a change in body temperature may be greatly underestimated, more serious side effects are well documented.

Still, medical systems around the world remain vigilant about side effects.

In fact, while vaccines typically complete the expected three phases of trials before being offered to the public, they are still being carefully monitored until at least 2023 to ensure the rarest events are not missed.

Remember, medical safety is about balancing risk and benefit. All evidence suggests that the overall risk of contracting COVID-19 is many times higher than any vaccine risk .