On March 31 2022, the journal Science published 6 papers in a row, publishing the complete sequence of the human genome for the first time .

The research, spanning three years, fills the gap left by sequencing results 20 years ago and is a major milestone in the study of the human genome.

The complete sequencing and analysis this time was done by 114 scientists. These scientists are from 33 scientific institutions in different countries, and they are also known as the ” Telemere-to- Telomere Consortium” (T2T).

The study of the human genome has a history of more than 50 years. One of the most famous research projects is the ” Human Genome Project ” launched in 1990 .

On April 14, 2003, the multinational laboratory spent more than 10 years and 3 billion US dollars to complete the sequencing work of the Human Genome Project, drawing the map of the human genome for the first time.

Sequencing at that time greatly advanced the study of genomics and increased our understanding of the human body and disease.

However, there were still about 8% gaps in the sequence obtained by the Human Genome Project at that time , which contained many highly repetitive DNA sequences, which together were as long as a chromosome. 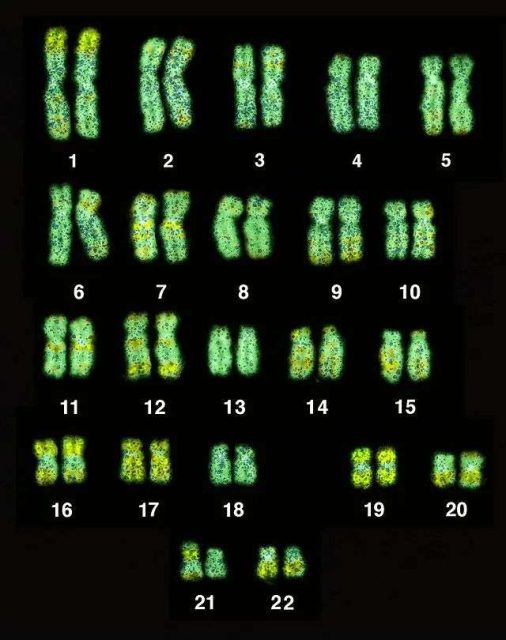 This 8% deletion stems from the limitations of sequencing technology 20 years ago. The sequencing method used at the time was ” short-read” technology, which could only read a very short segment of a gene sequence at a time. However, while researchers could know the short, small sequence contained in the gene, they had no way of knowing how many times the gene was repeated . That is to say, the researchers were able to piece together “a sentence” , but did not know whether and how many times the sentence was repeated throughout the paragraph. Because of this lack of information, repetitive sequences have been a major problem in genomics research for the past 20 years.

It was not until the birth of two new technologies that human genomics research ushered in a turning point. Both technologies belong to ” long-read” technology, one is Oxford Nanopore DNA sequencing, which can read up to 1 million DNA bases at a time, The accuracy is moderate; the other is PacBio HiFi sequencing, which can only read 20,000 bases at a time, but has near-perfect accuracy. Both of these techniques can detect large chunks of DNA sequences at one time , and researchers can directly see an entire sentence or even a paragraph, and they can also know how many times a sequence is repeated in a row.

Beginning in early 2019, scientists at the T2T consortium have combined these two new technologies to tackle these repeats and fill in the missing gaps.

At the end of 2020, they announced the staged results – the complete assembly of chromosomes X and 8.

After 2 years of hard work, they have finally uncovered the truly complete human genome sequence, from telomere to telomere, including every chromosome.

The newly added DNA sequence totals nearly 200 million base pairs , not only filling the five short arms of chromosomes that were previously vacant, but also revealing the most complex region in the genome – the highly repetitive DNA around telomeres and centromeres sequence. 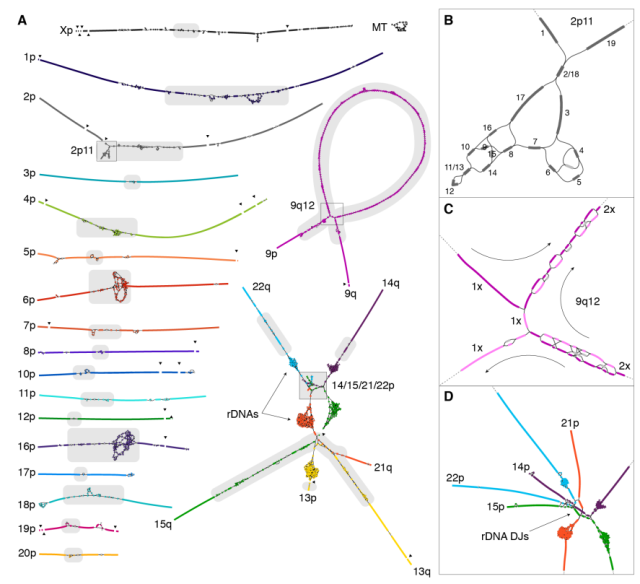 This complete sequencing also corrected many previous errors, such as duplication of some fragments that had not been detected before. These long repeats of DNA were once considered “junk areas” in the genome, with little practical use.

However, in recent years, more and more studies have shown that these repeats may be very important to human evolution and disease .

This time, scientists have found the last piece of the genome puzzle, and finally pieced together the key to open the treasure chest, and then they can study the treasures that are not yet known.

One of the experimental groups involved in this study came from the Genomics Institute at the University of California, Santa Cruz. Institute director David Haussler said: ” Now we can stand on the top of the mountain and look down on all the views below and see the entire genetic heritage of our species. “ 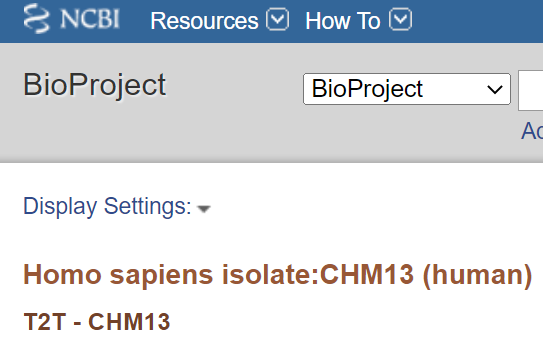 In the next step, the researchers will focus on important regions that were previously difficult to study, such as the centromere . 90% of the newly added genome sequences are from centromeres. The centromere is extremely important for the inheritance of genetic information.

In meiosis, the paired chromosomes start to divide from the centromere. Scientists believe that many of the genetic variants associated with disease are hidden in long stretches of repetitive DNA at the centromere.

Adam Phillippy, co-chair of the T2T Alliance, believes that the sequencing and analysis of complete genomes can benefit everyone. In the near future, it will be cheaper and easier to sequence a person’s complete genome, allowing researchers and healthcare workers to identify all genetic variants and find disease-related parts, thus providing a basis for people’s medical care and health care. Life offers advice.