In 2012, Professor Shinya Yamanaka of Kyoto University was jointly awarded the Nobel Prize in Physiology or Medicine with Professor John B. Gurdon for his contributions to induced pluripotent stem cells (iPSCs) .

Not long ago, researchers at Kyoto University in Japan published a research paper in Cell Stem Cell, reporting that they used mouse pluripotent stem cells to gradually differentiate into functional sperm in a test tube.

And, these sperm were successfully used to inseminate female mice and successfully gave birth to healthy, fertile offspring. This provides a comprehensive paradigm and model for generating male germ cells in the test tube. 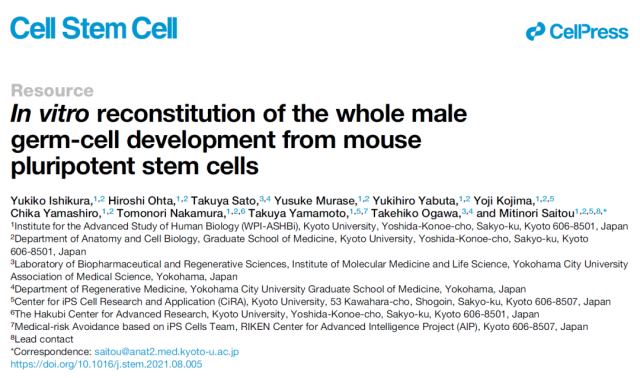 However, apart from mice, there have been no similar reports on other mammals in the neighborhood so far.

On April 7, 2022, the scientific research team of the Stem Cell and Regenerative Medicine Research Center of the University of Tokyo published a research article entitled Functional primordial germ cell–like cells from pluripotent stem cells in rats in the top journal Science .

Based on the previous analysis of the molecular mechanism of rat germline development, they successfully used rat pluripotent stem cells to induce functional primordial germ cell-like cells (PGCLCs) , and these PGCLCs were transplanted into germ-free cells.

In the vas deferens of rats, functional sperm can be produced, which in turn produces healthy offspring.

However, the relatively small number of PGCs in early embryonic development has limited the field’s understanding of the specific time window for their entry into specialized germ cells.

Subsequently, in order to study the overall gene expression of rat epithelioid cells (rEpiLCs) generated after culture, they performed whole transcriptome sequencing of rESCs and rEpiLCs, and the difference analysis of the two showed that both groups contained naïve or primed.

Two state-related genes. Combined with the experimental results described above, they confirmed that rEpiLCs in spherical aggregates induced by naïve rESCs reproduced the characteristics of post-implantation ectoderm in vivo. 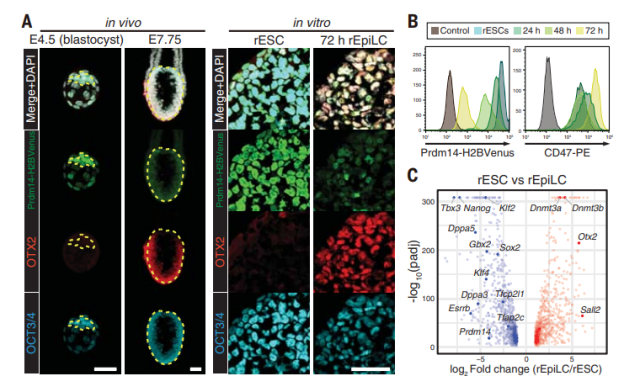 Next, they used the isolated rESCs to culture in EpiLC medium for 48–72 hours to form aggregates, which were then transferred to PGC-like cell (PGCLCs) medium containing BMP4, which is  important cytokines responsible for the fate of PGCs.

After 2 days in PGCLC medium, a subset of cells in the aggregates began to express Nanos3, a highly conserved germ cell marker gene.

Principal component analysis (PCA) results reflect the transition of ectoderm to germline fate in vivo and in vitro.

All PGC-specific genes and pluripotency genes were expressed in day 3 rPGCLCs, whereas the expression of late PGC markers was lower than in E15.5 gonadal rPGCs.

Therefore, they reasoned that the induced rPGCLCs might correspond to the migration phase of rPGCs in vivo.

As PGCs undergo extensive epigenetic reprogramming during development, they also examined changes in the dynamics of DNA methylation and histone methylation in cultured cells.

The results showed that the dynamics of epigenetic changes during culture were closely related to the development of rPGCs in vivo, suggesting that d3 rPGCLCs gradually matured in the gonadal stage in vitro with the gradual progress of epigenetic reprogramming. 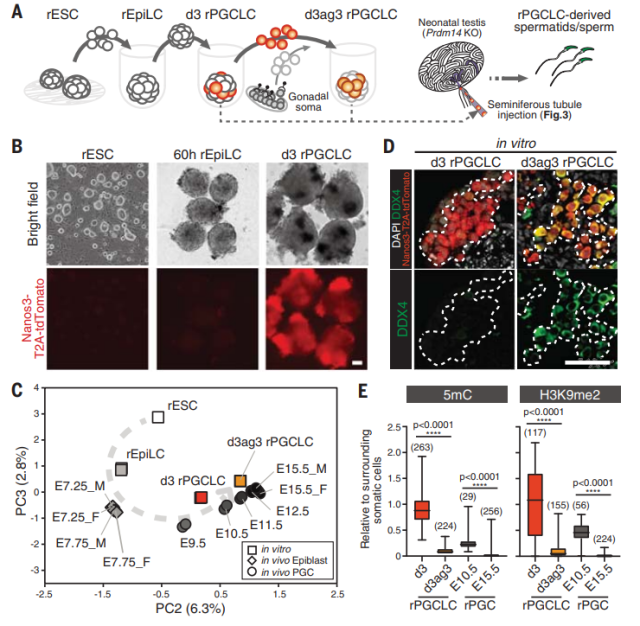 Finally, they investigated whether male rPGCLCs induced in vitro could generate functional sperm after transplantation in vivo.

They transplanted rPGCLCs into the seminiferous tubules of Prdm14-knockout neonatal rats that completely lacked endogenous germ cells, and detected the expression of the tracer gene in the vas deferens of the transplanted testes 8–11 weeks after transplantation .

At the same time, in the tissue sections, they also observed round spermatids and mature spermatozoa , these results suggest that rPGCLCs can complete the process of spermatogenesis and maturation in vivo. 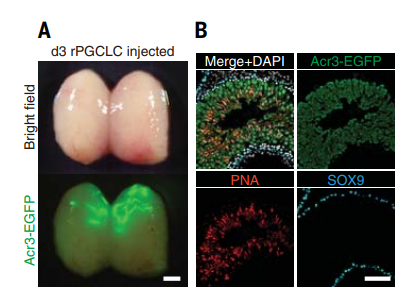 Next, they used to demonstrate the developmental potential of rPGCLCs-derived testicular germ cells by injecting the induced round spermatids and mature sperm into unfertilized rat oocytes, respectively.

After transplantation at term, 18 and 6 healthy rat offspring, respectively, were born and developed into fertile normal adult rats. Therefore, these results suggest that in vitro induced rPGCLCs have the ability to generate fully functional mature gametes. 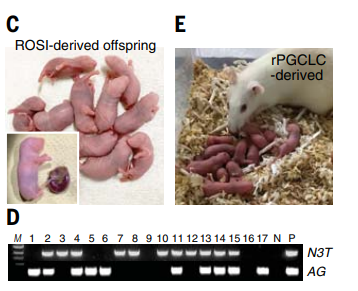 The transformation from pluripotent stem cells to germ cells in vitro and the production of healthy offspring in vivo has long been a focus of reproductive medicine and animal breeding science.

It was successful in mice nearly 10 years ago, but not in any other species to induce gamete production in vivo using PGCLCs in vitro, and Mami Oikawa and colleagues extended this capability to rats.

Since rats are physiologically more like humans than mice, the in vitro gametogenesis system reported in this study is more widely applicable and can be further used to study the pathogenic effects of various genetic diseases and diseases.

Advances in rat models will also bring us closer to establishing systems applicable to other species in livestock reproduction and reproductive medicine.

“This study represents another example of the rapid development of mammalian germline biology, demonstrating the possibility of making rat gametes from pluripotent and induced pluripotent stem cells (for example, from skin cells) .” Azim , University of Cambridge Professor Surani said, “We are far from making viable human gametes from human stem cells. However, studies like this advance knowledge of germline biology and help us find solutions to infertility and alleviating reproductive barriers in humans. “