WHO: COVID-19 Omicron BA.4 and BA.5 spreading slowly in southern Africa and Europe

WHO: COVID-19 Omicron BA.4 and BA.5 spreading slowly in southern Africa and Europe.

On Thursday (April 14) local time, the World Health Organization (WHO) said that subtypes BA.4 and BA.5 of the Omicron variant are circulating at low levels in several countries in southern Africa and Europe.

Maria Van Kerkhove, a senior WHO official, said two sub-variants of Omicron have been found in countries including Botswana, South Africa, Germany and Denmark. 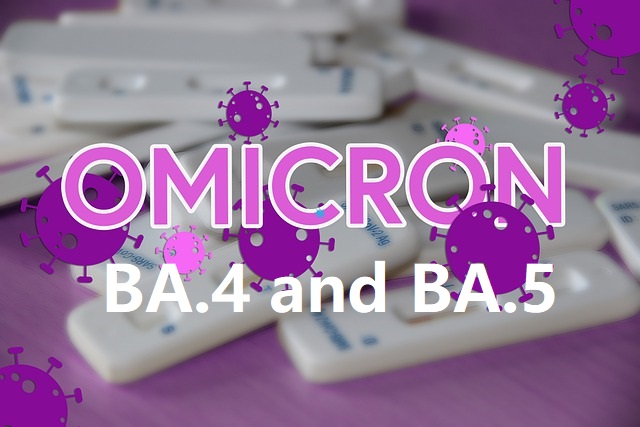 Although BA.4 and BA.5 do not appear to be more contagious or lethal than the original Omicron variant so far, this may change as more cases emerge.

Kerkhove stressed that countries need to maintain robust genomic testing systems to track and analyze these two subvariants, as well as earlier versions of Omicron.

The earliest samples of BA.4 were collected in South Africa on January 10, but the data show that the “genomic accumulation” and geographic distribution of the subvariety is relatively recent, according to a report published last week by the UK’s Health Security Agency.

As of 8 April, 41 BA.4 cases have been reported in South Africa, 3 in Denmark, 2 in Botswana, and 1 each in England and Scotland.

Despite the small total genome, the apparent geographic distribution suggests the subvariant is successfully spreading, the UK health agency said in its report. The report also noted that as of April 8, a total of 27 BA.5 cases had been reported in South Africa between February 25 and March 25.

However, Botswana’s Ministry of Health said on Monday that the country had detected BA.4 and BA.5 cases in fully vaccinated people aged 30 to 50.

WHO: COVID-19 Omicron BA.4 and BA.5 spreading slowly in southern Africa and Europe