Multinational pharmacovigilance reports, health system surveillance studies, and case series suggest an association between SARS-CoV-2 vaccination and myocarditis and pericarditis, which is more pronounced after a second dose of mRNA vaccines BNT162b2 and mRNA-1273 .

Severe myocarditis or pericarditis can lead to chronic heart failure and even death, and the harm to health cannot be ignored.

On June 25, 2021, the FDA revised the instructions for Pfizer and Moderna’s COVID-19 mRNA vaccine based on the adverse event report issued by the US Centers for Disease Control and Prevention (CDC), and issued a warning to the public: the above two COVID-19 vaccinations will increase myocarditis and pericarditis (inflammation of the tissue surrounding the heart).

The study, led by Anders Husby of Imperial College London, UK, collected data from the national vaccination registry in Denmark to analyze the association of SARS-CoV-2 vaccination with myocarditis and pericarditis.

In this regard, the WHO and the European Medicines Agency have stated that considering that vaccines can prevent severe COVID-19s and reduce mortality, the benefits of vaccination outweigh the risks it brings. On February 9 this year, the American College of Cardiology publicly stated that although vaccine-associated myocarditis is a real side effect of mRNA vaccination, the benefits of vaccination still outweigh the risks in view of the small number of such cases [2].

Previous case reports and surveillance data from the United States, Israel, and Canada suggest an increased risk of myocarditis in humans following SARS-CoV-2 mRNA vaccination, higher after a second dose, and the association is more pronounced in younger men .

Data from Canada and France suggest that there are more cases of myocarditis after mRNA-1273 than after BNT162b2 vaccination, but the specifics remain to be elucidated.

Recently, JAMA Cardiology released a cohort study entitled “SARS-CoV-2 Vaccination and Myocarditis in a Nordic Cohort Study of 23 Million Residents”. A total of 23.1 million residents from 4 Nordic countries, Denmark, Finland, Norway and Sweden were recruited to participate in the study. After research and analysis, it was found that for individuals who received two doses of the same vaccine, young men aged 16-24 years old were vaccinated. The risk of developing myocarditis is highest after the second dose of the vaccine.

The specific data are as follows:

1. During the follow-up period, the incidence of myocarditis and pericarditis

A total of 1077 cases of myocarditis and 1149 cases of pericarditis were observed in the unvaccinated and post-vaccinated 28-day risk period (13 million person-years in total);

2. During the risk period, the relationship between vaccination and the incidence of myocarditis

After comparing IRR data across age groups, the researchers found that young men between the ages of 16 and 24 who received the BNT162b2 and mRNA-1273 vaccines had a higher risk of developing myocarditis, and the second dose had a higher risk than the first one dose.

3. The relationship between vaccination and the incidence of pericarditis during the risk period

For men aged 16 to 24 years who had received the second dose of mRNA-1273 during the 28-day risk period, there were 7.39 pericarditis events per 100,000 vaccine recipients. The pattern of pericarditis in men is similar to that found in myocarditis, but the overall IRR is lower; pericarditis is rare in women aged 12 to 39 years. 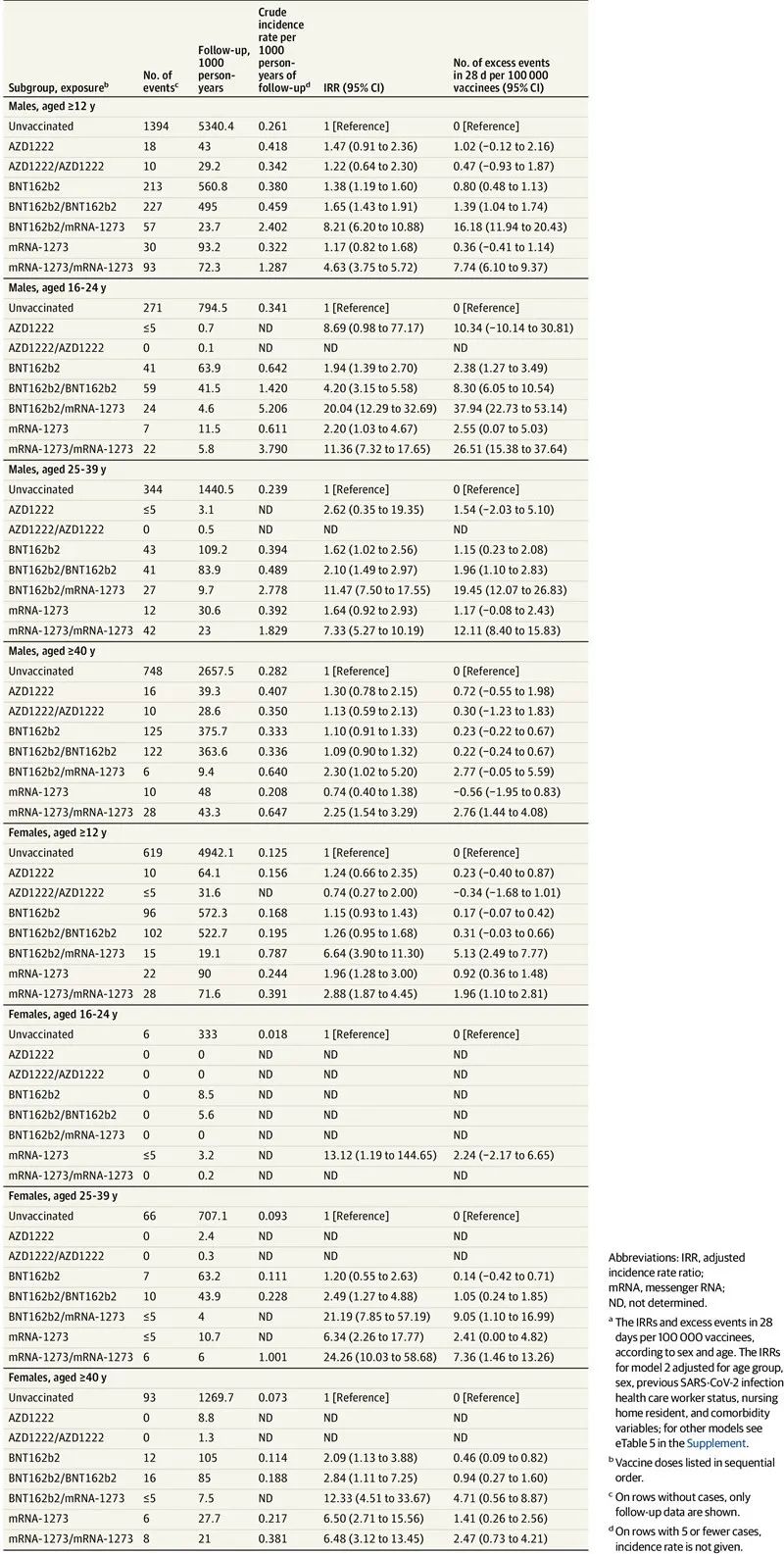 Figure 2 Incidence data of myocarditis or pericarditis by sex and age within 28 days of vaccination (Source: [3])

The risk of developing myocarditis and pericarditis was highest within the first 7 days of vaccination and was more pronounced after the second dose.