As of April 21, 169 cases of unexplained hepatitis in children, ranging from 1-month-old to 16-year-old, have been reported in 12 countries. 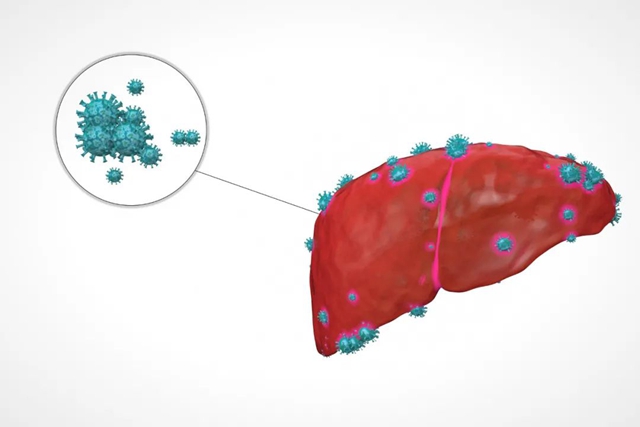 Most patients were afebrile. Seventeen received liver transplantation and at least one death was reported . Considering the epidemiological characteristics and the clinical characteristics of the children, infectious factors are more likely to cause the disease.

Laboratory findings in all cases ruled out hepatitis A, B, C, D, and E, and suggested that adenovirus may be associated with unexplained childhood hepatitis, but other infectious or environmental factors could not be completely ruled out .

This article introduces the development of this unexplained childhood hepatitis and its possible etiology. There is an imported risk of the disease, and every country should prepare for it early.

Outbreaks of unexplained hepatitis among children in the United Kingdom, the United States and other countries

On March 31, 2022, Public Health Scotland (PHS) received reports that the Glasgow Royal Hospital had treated 5 children with severe hepatitis of unknown cause in the past 3 weeks. The children were 3 to 5 years old. Healthy body. Before this, there were usually fewer than four children with unexplained hepatitis a year in Scotland.

However, as of April 12, PHS has found a total of 13 confirmed cases (children aged 1-10 years, median 3.9 years old) , one of which can be traced back to January 11, 2022, and the remaining 12 cases. Appears from March 4th to April 7th. On April 14, the results of the PHS questionnaire showed that 2 of the 13 cases were epidemiologically linked.

On the other hand, in November 2021, a large children’s hospital in Alabama, USA notified the public health department of 5 pediatric patients with obvious liver damage, and further investigation identified 4 additional children with unexplained hepatitis.

The total number reached 9 cases. The visits for these cases were from October 2021 to February 2022. All the children were healthy before the onset of illness and denied a history of severe acute respiratory syndrome coronavirus 2 (SARS-CoV-2) infection.

On April 15, WHO issued a briefing and guidance on acute hepatitis of unknown etiology in children . Definition [WHO 20220415].

Patients with acute hepatitis (not caused by hepatitis A, B, C, D, and E viruses) since January 1, 2022 and who have had close contact with a confirmed case .

The children were 1 month to 16 years old. Seventeen received liver transplantation and at least one died.

The clinical manifestations of the children are acute hepatitis, elevated blood transaminase levels (AST or ALT > 500 IU/L) , and many children have jaundice, nausea, abdominal pain, fatigue, and lethargy.

Some children reported gastrointestinal symptoms, including diarrhea and vomiting, in the weeks before admission. Most children have no fever.

Etiological Analysis of Hepatitis in Children of Unknown Cause

The investigation team of the British health department collected detailed information on the children’s diet, drinking water and personal daily habits through questionnaires, and found no exposure to common poisoning factors.

Laboratory findings in all reported cases ruled out hepatitis A, B, C, D, and E. Among the 169 cases announced by WHO, 74 children tested positive for adenovirus, of which 18 were identified as adenovirus type 41. SARS-CoV-2 was detected in 20 children, and 19 patients were co-infected with adenovirus and SARS-CoV-2 .

Of the 13 previously reported cases in Scotland, 11 were tested for adenovirus and 5 were positive; 5 had been or are currently infected with SARS-CoV-2. In addition, norovirus, rhinovirus, enterovirus, parainfluenza virus, human cytomegalovirus, human coronavirus NL63 and Sapporo virus were also detected in individual cases (all no more than 2 cases).

Adenovirus was commonly detected in reported cases in the United States, with five samples showing adenovirus type 41 by sequencing.

Laboratory test results suggest that adenovirus may be associated with unexplained childhood hepatitis, but other infectious etiologies or environmental factors cannot be completely ruled out. Metagenome sequencing and sequence analysis are ongoing, and results have not yet been published.

Although it is currently speculated that adenovirus infection may be one of the potential factors leading to severe acute hepatitis in this child, the severity of its clinical symptoms cannot be explained . Adenovirus is a common human pathogen. It is a double-stranded DNA virus without an envelope.

It is divided into 7 subgroups (A~G subgroups) with more than 50 serotypes. It is mainly transmitted from person to person through the respiratory tract and contact.

Often cause respiratory diseases. Different serotypes of adenovirus can cause other diseases such as gastroenteritis (inflammation of the stomach or intestines), conjunctivitis (red eye), and cystitis.

At present, it is speculated that the possible causes of this unexplained childhood hepatitis are as follows:

According to epidemiological investigation information and clinical laboratory examination results, it is speculated that the unexplained childhood hepatitis occurring in many countries in Europe and the United States is likely to be caused by an infectious pathogen, and the source of infection is temporarily confirmed cases, suspected cases and epidemiologically related case.

According to current reports, confirmed cases are children under the age of 16, but in the absence of an identified pathogen, it cannot be ruled out that people of other age groups are also infected with related pathogens.

According to WHO’s forecast, the number of unexplained childhood hepatitis cases may continue to increase in the future.

With the publication of more case data and laboratory test results, many questions about the etiology of unexplained childhood hepatitis may be answered, so that more Targeted prevention and control measures are formulated.

Cases of unexplained hepatitis occur every year and often refer to liver damage without a known hepatitis virus or with a known cause, which is not uncommon in children.

However, the unexplained hepatitis that WHO is concerned about this time has the characteristics of clustered disease, and the incidence rate is higher than in previous years.

In this case, it is reasonable to consider the risk of infectious diseases. It has been found that there is a certain correlation with adenovirus infection. But adenovirus infection is a very common phenomenon that can cause pneumonia or diarrhea. Why are there so many cases of severe hepatitis this year, and only in children?

At present, it is speculated that it is a long-term COVID isolation. Children have not been exposed to this virus for a long time, and sudden contact will cause relatively serious immune damage.

This speculation is consistent with the phenomenon that emerging infectious diseases tend to be heavier in the early stage of disease outbreaks.

If this is the cause, rather than a new virus that has not been discovered before, the subsequent effects of this unexplained hepatitis will gradually decline, but we also need to be vigilant about unknown pathogens, even if this new infection occurs. The probability of a pandemic is not high.

In addition, the current definition of a confirmed case is constantly being updated as awareness grows.